The apartment building is located in a new urban complex, a city-initiated territorial study. In the steep slope, the building is set so that the space under the gardens of the lower apartments serve as underground garages and adjoining utility and storage spaces of the house. On the second floor there is access to the building from street level.

The most interesting element is the play with the facade, which responds to the movement of the sun and, in addition to using the ideal orientation East West, directs the loggia to the South. The exception are the walls oriented to the South and West, which are completely without window openings, due to overheating and cooling of the apartments. This arrangement of the module creates an interesting cascading facade, which in addition to the use of natural conditions, creates nooks and private exterior spaces for each apartment.

The building uses one central communication core with several stairwells passing through each floor. The individual apartments are modularly arranged on this core, which can be easily modified thanks to this composition program. The end flats use interesting geometries and create nooks for various flat functions.

In terms of material, the building adheres to a clean, unified style, underlining the unique material essence of the house. In addition to the white plaster, there is a frequent division of loggias on the building using polycarbonate screens. The white double-casement windows are complemented by silver railings. Numerous retaining walls, compensating for the steep slope in which the building is located, are made of exposed concrete. 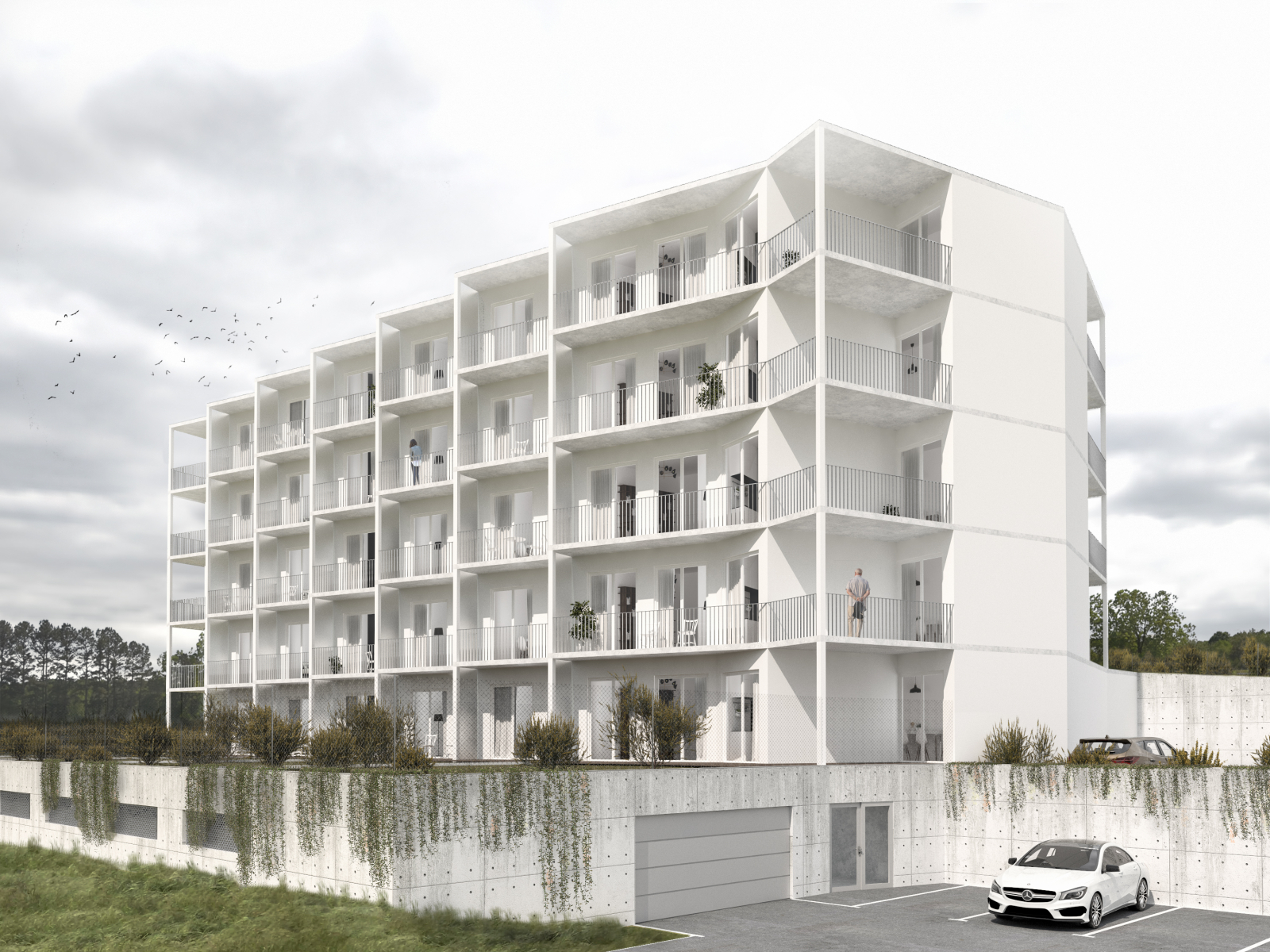 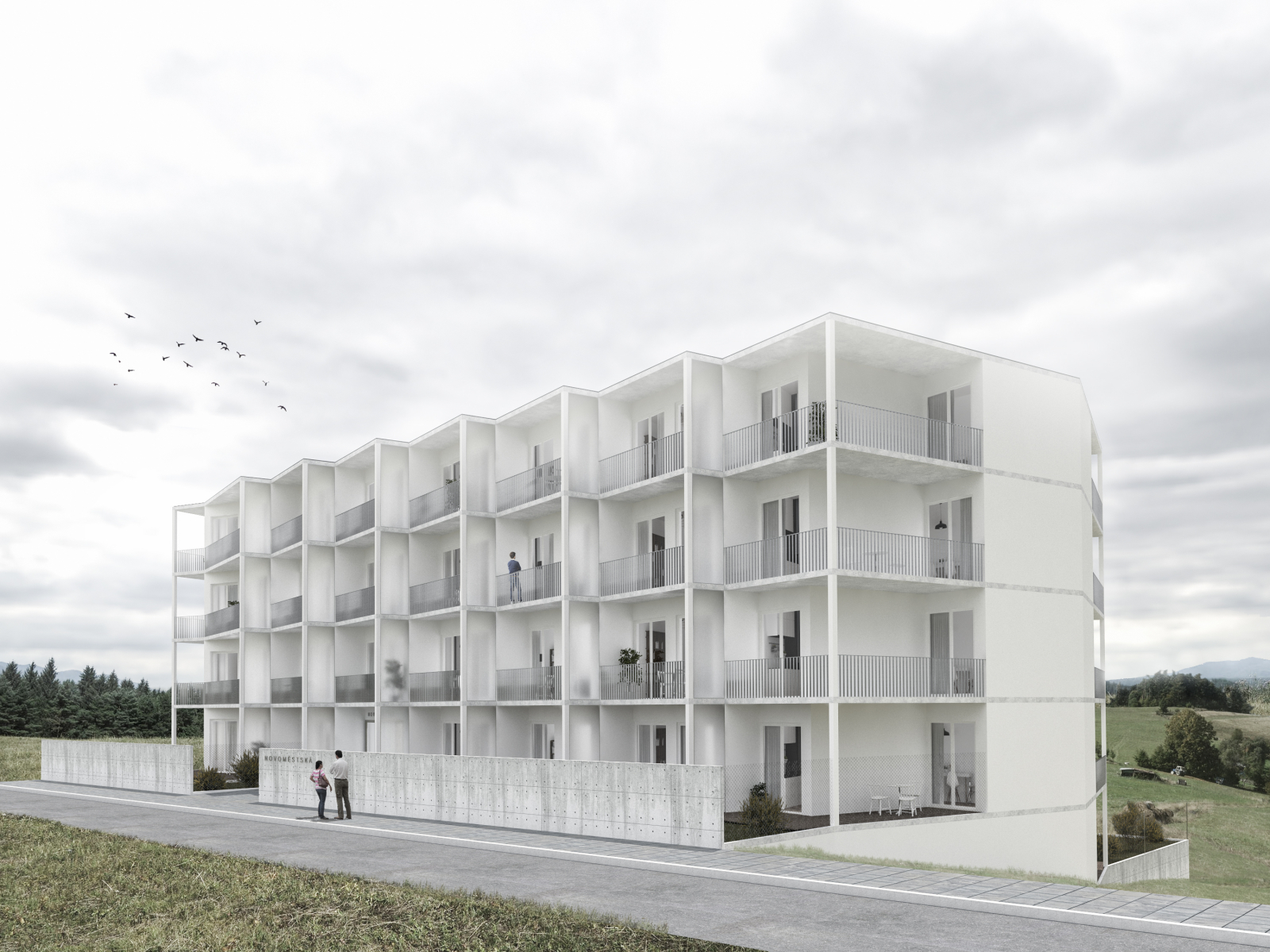 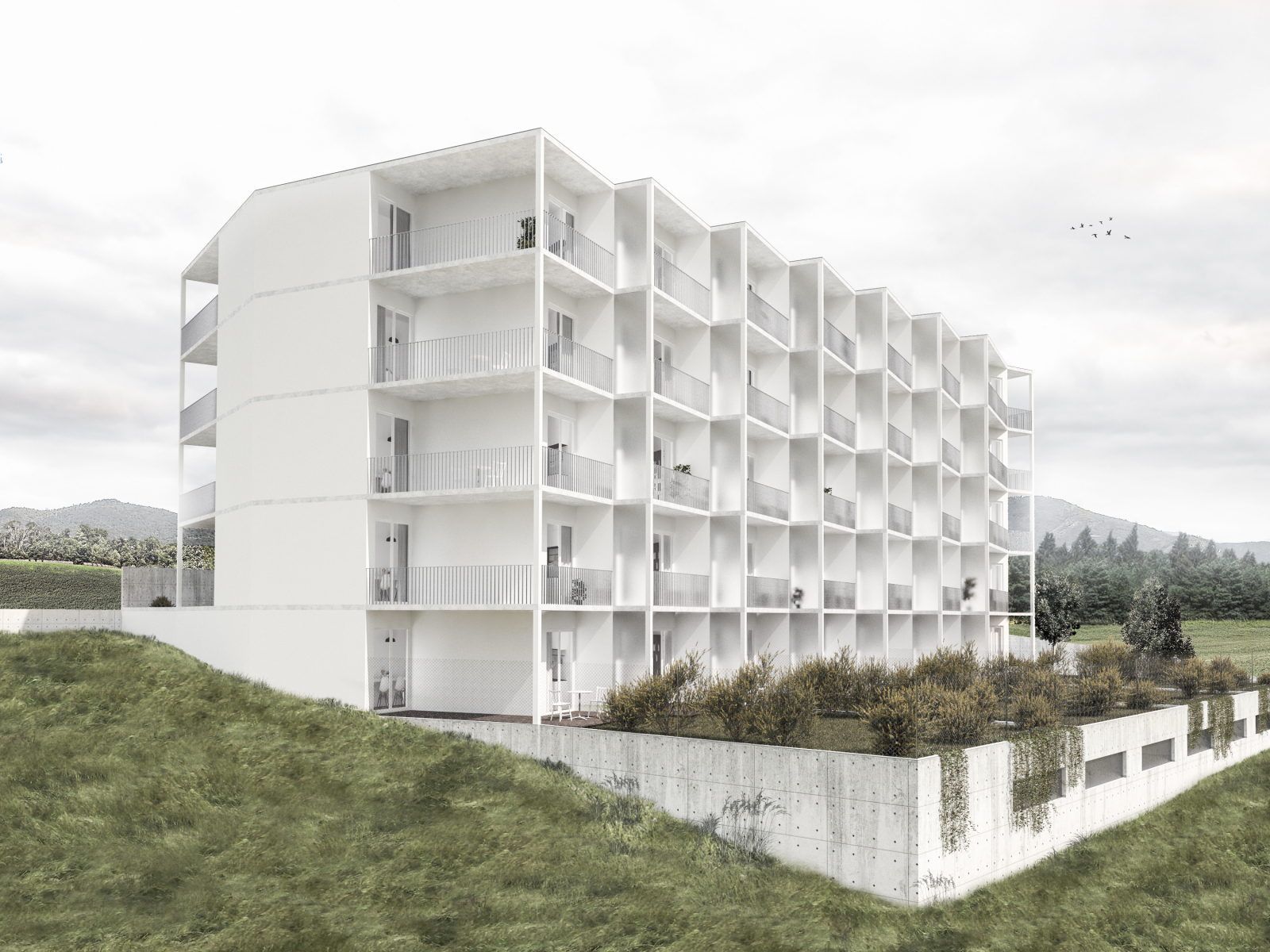 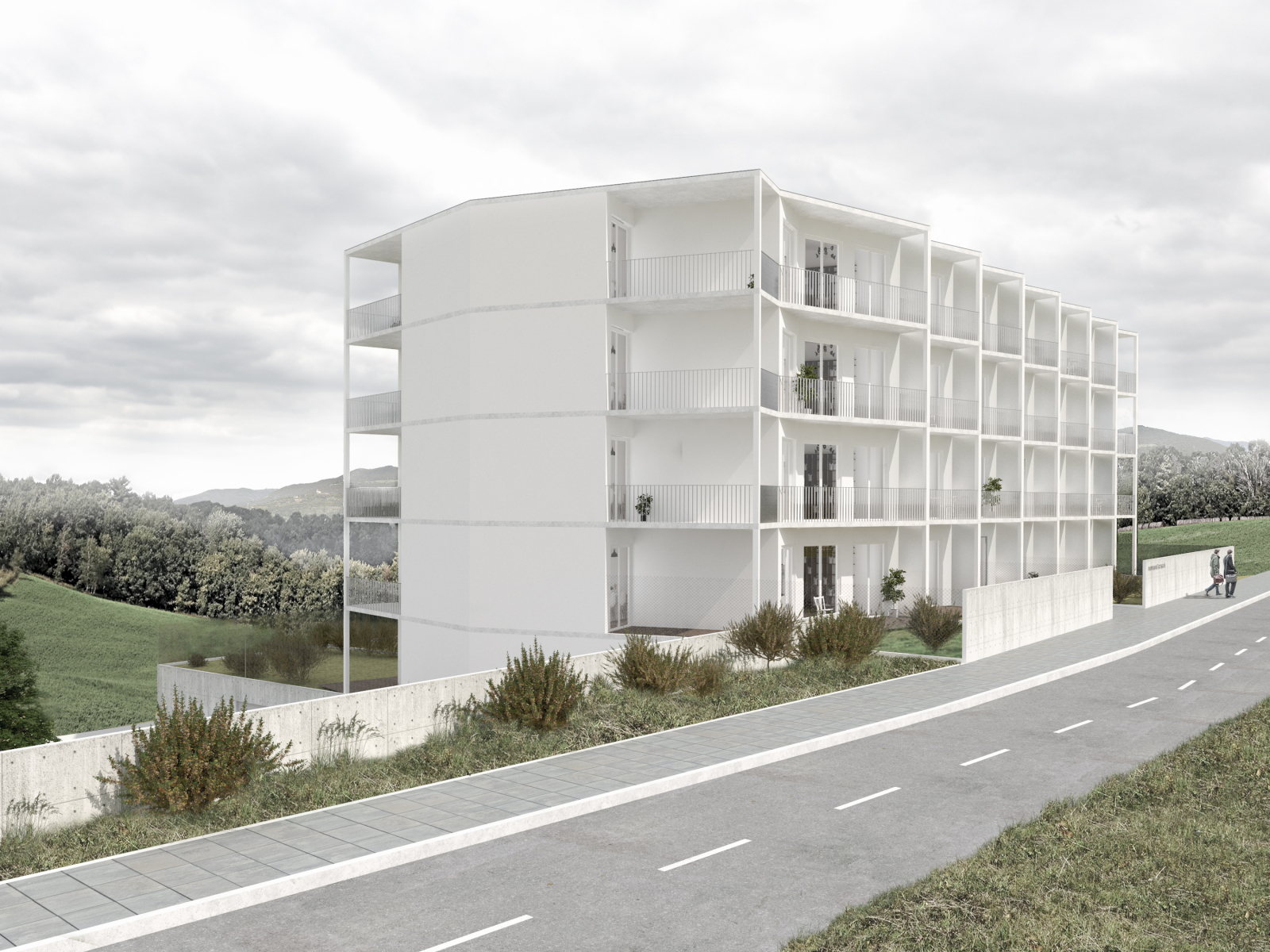 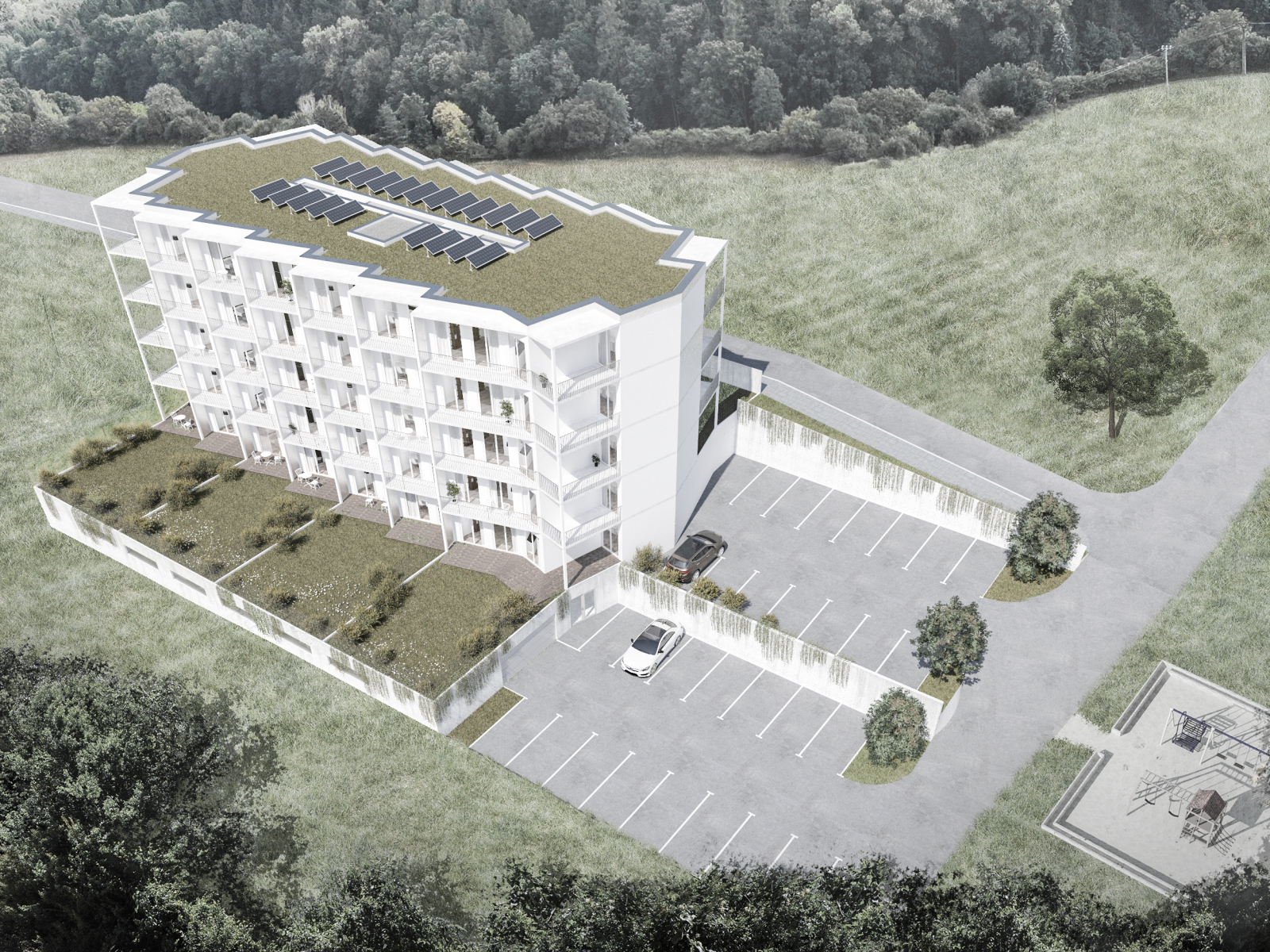 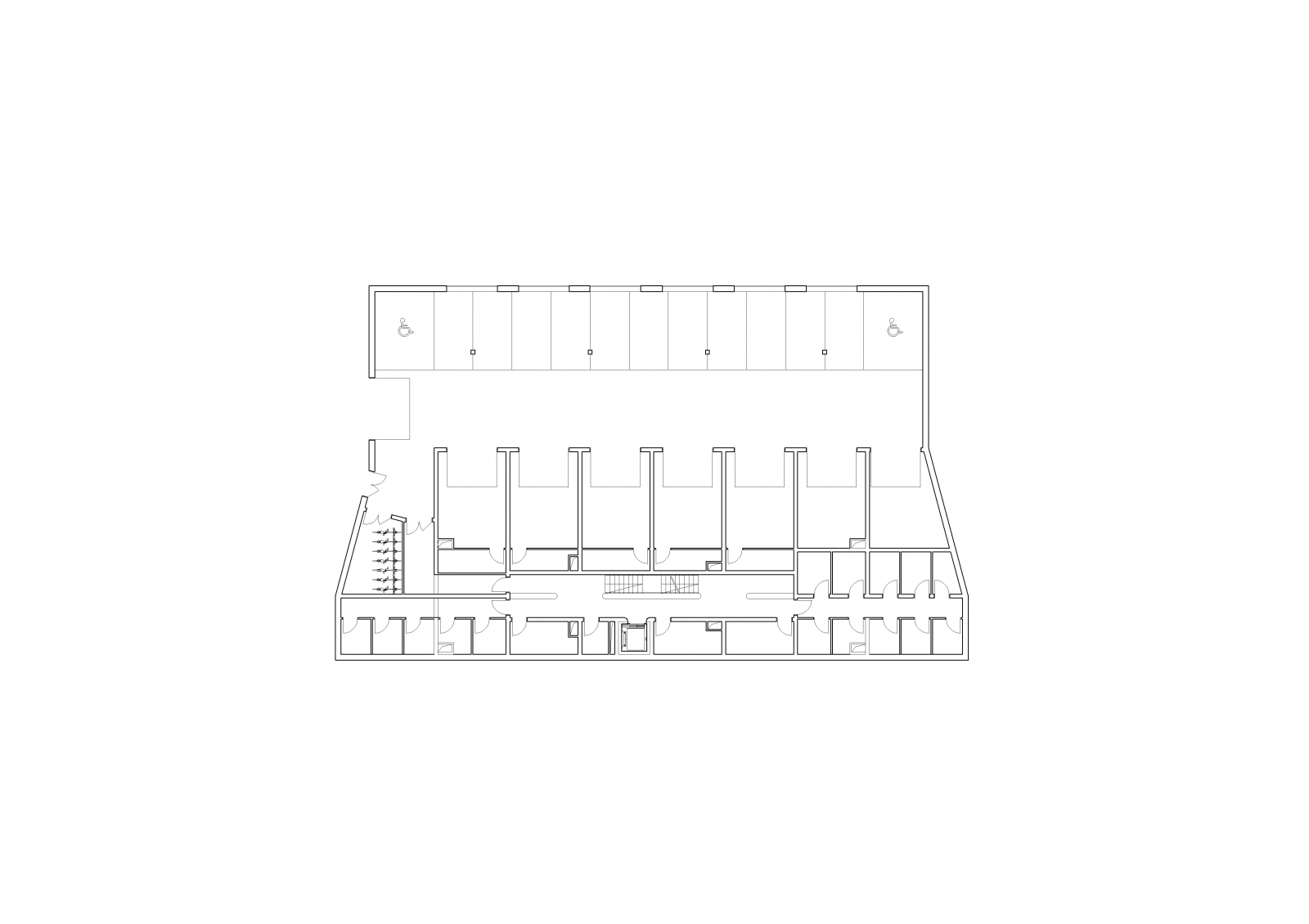 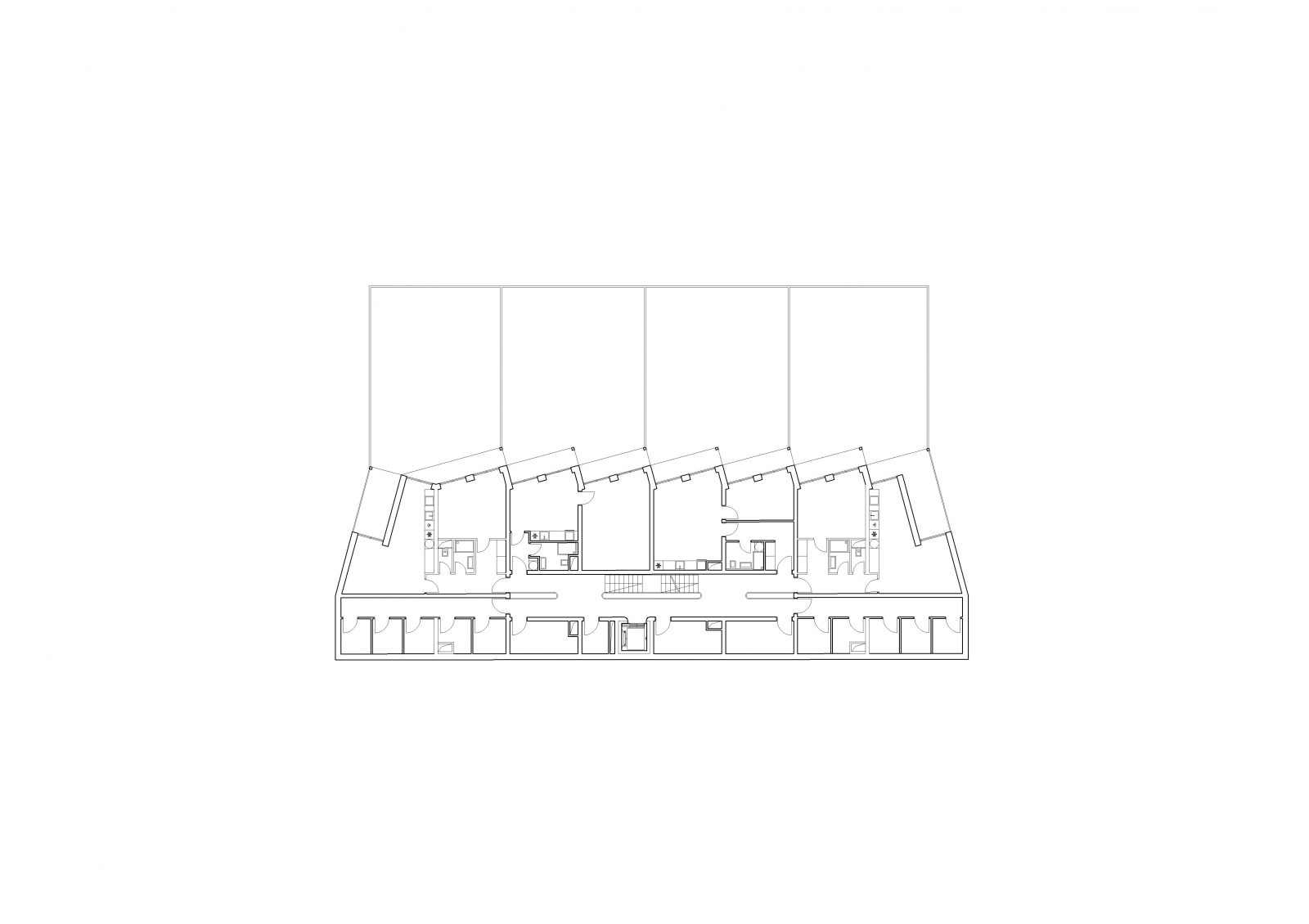 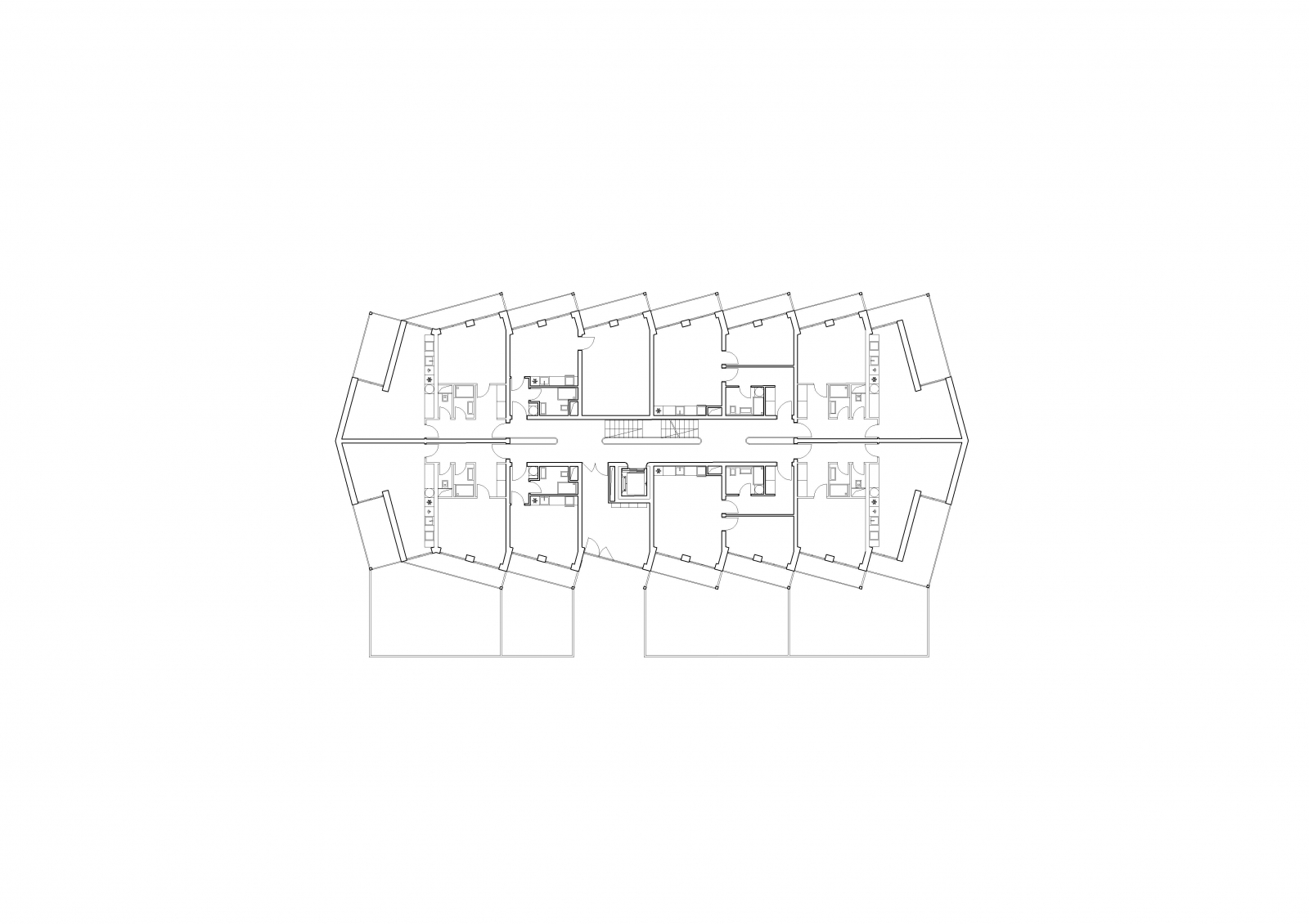 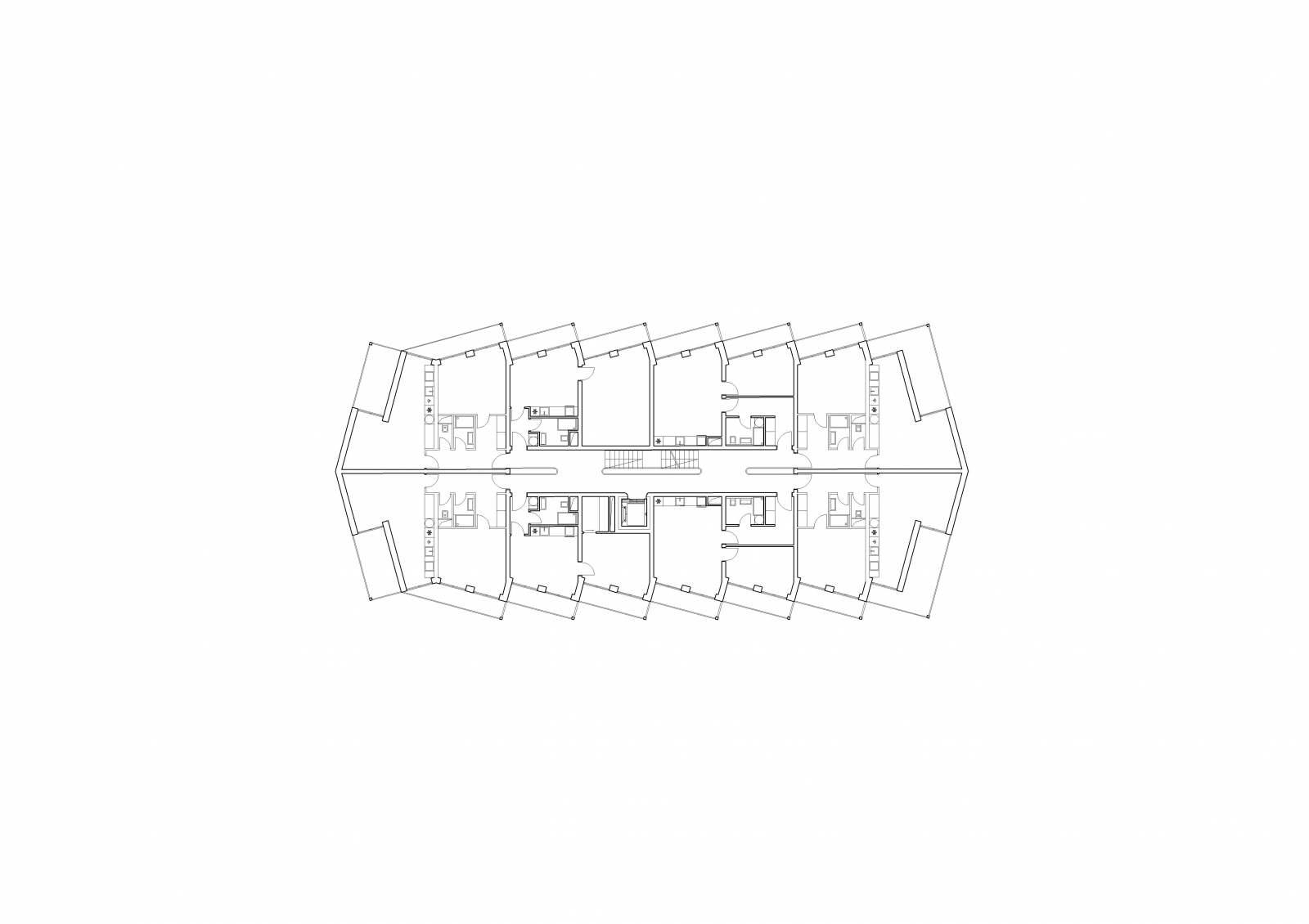 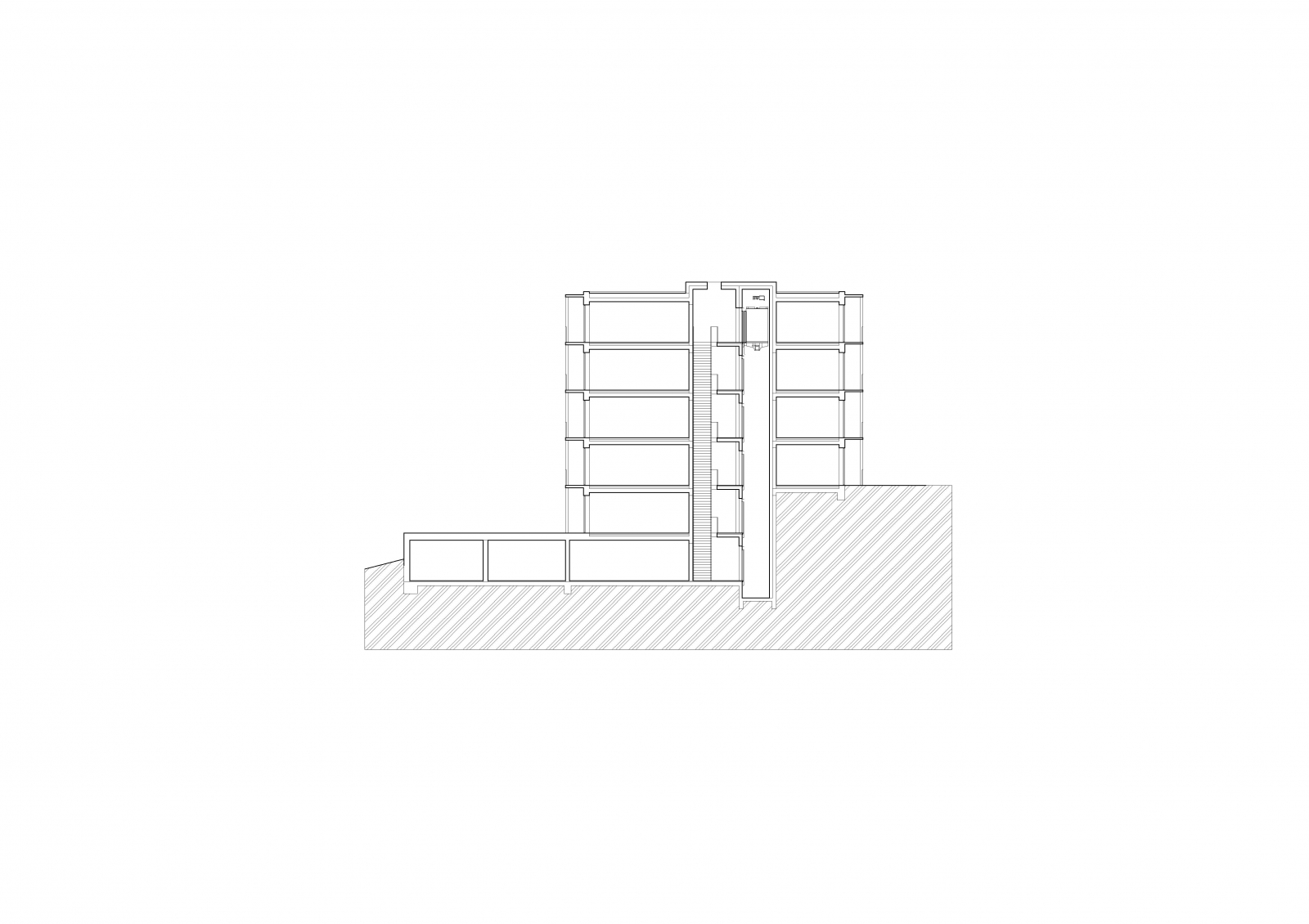 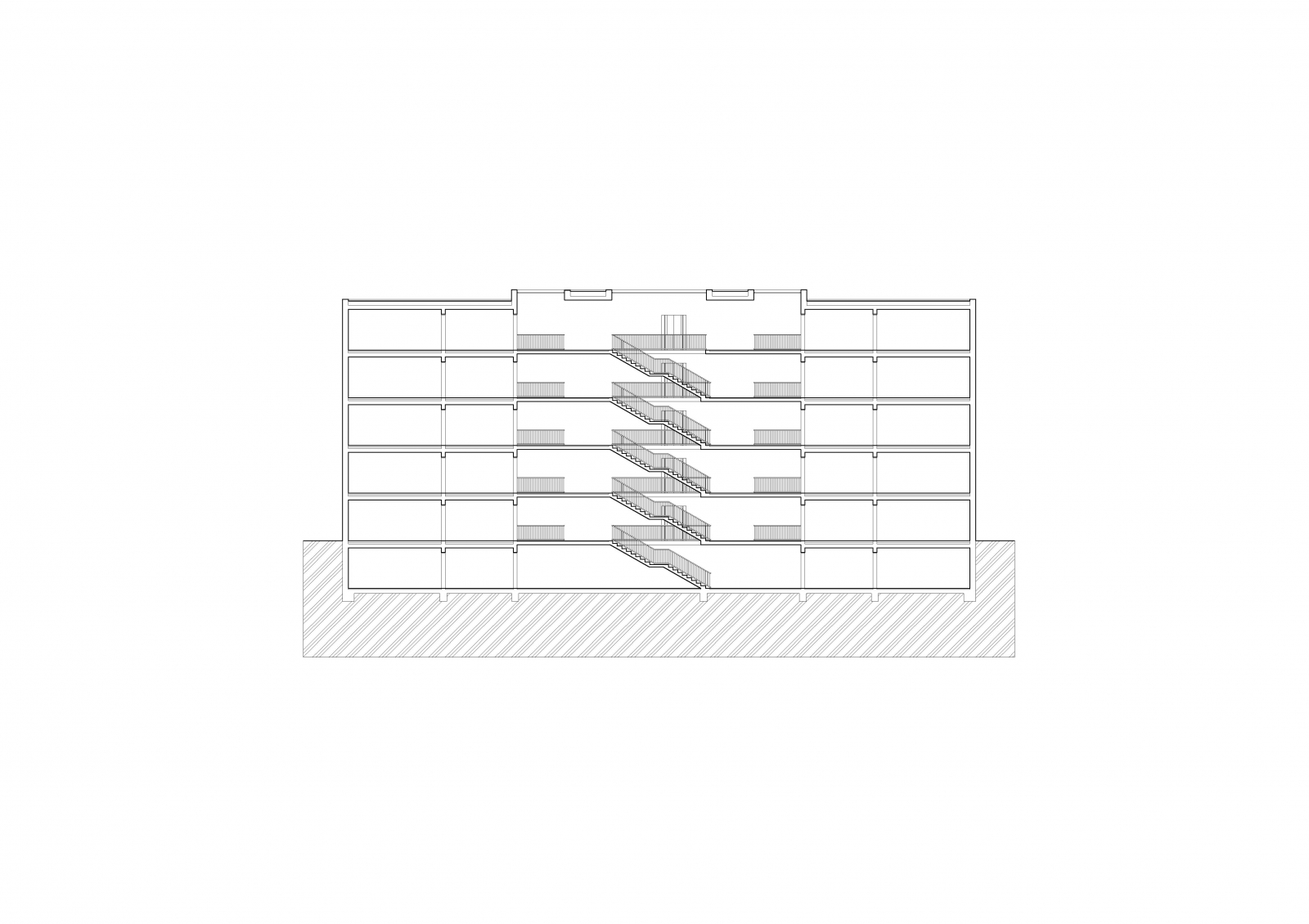 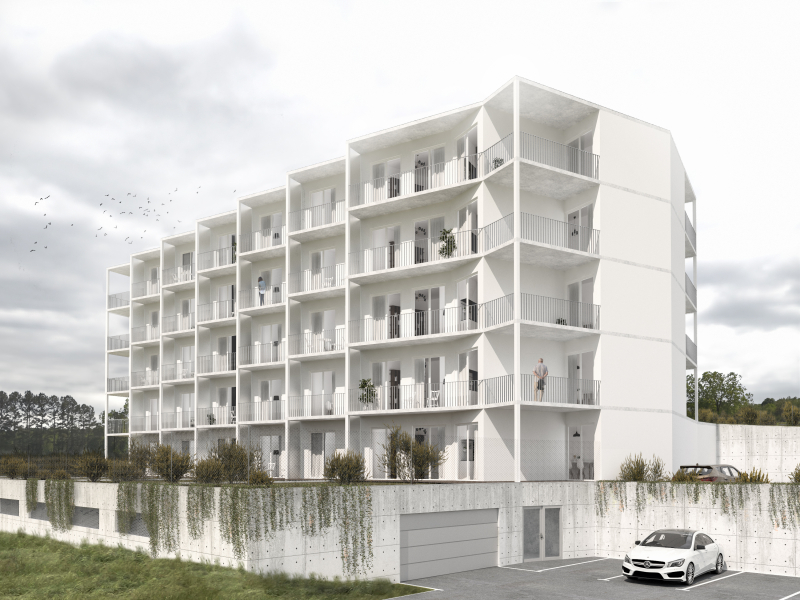 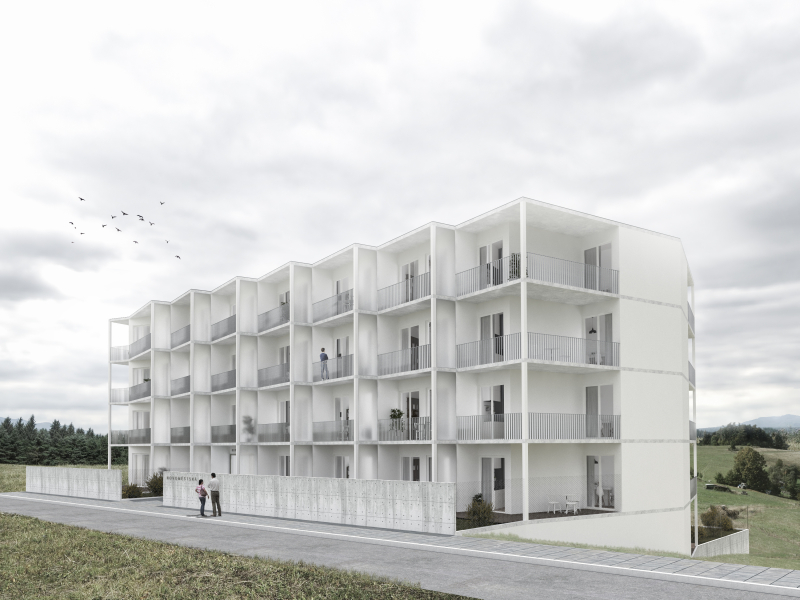 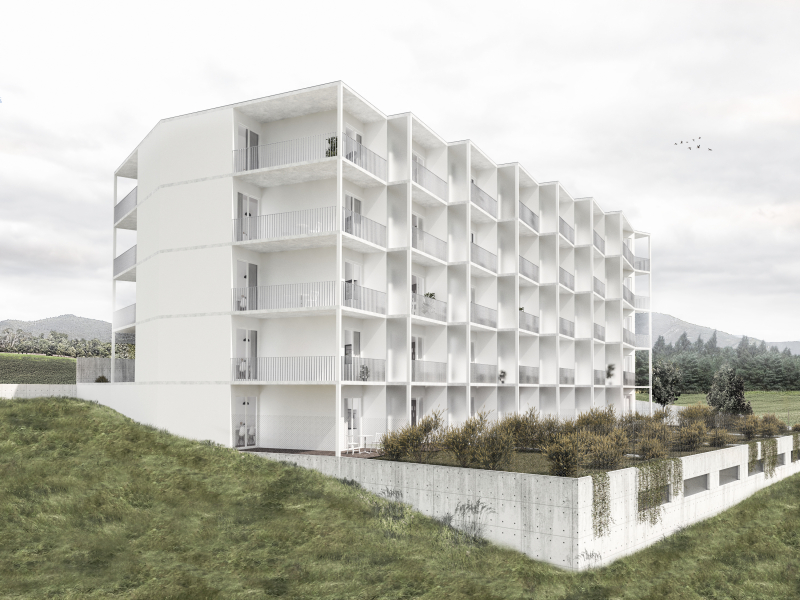 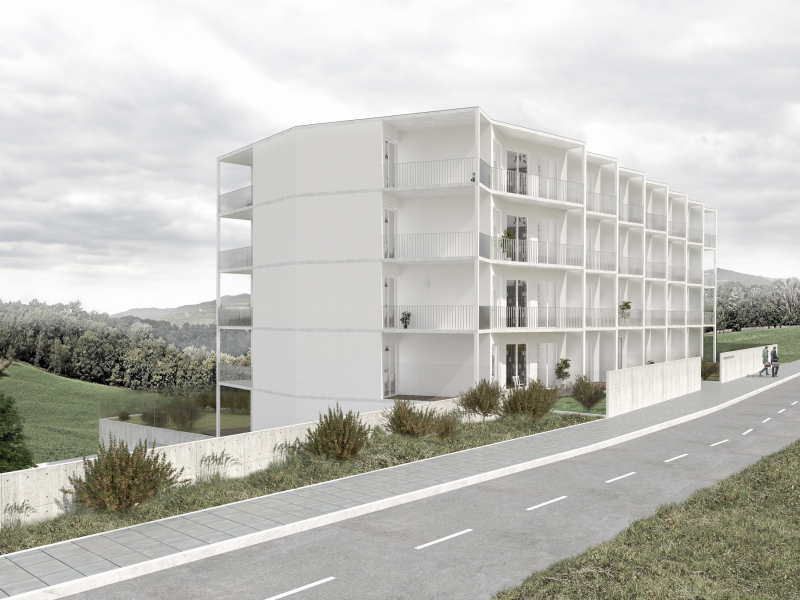 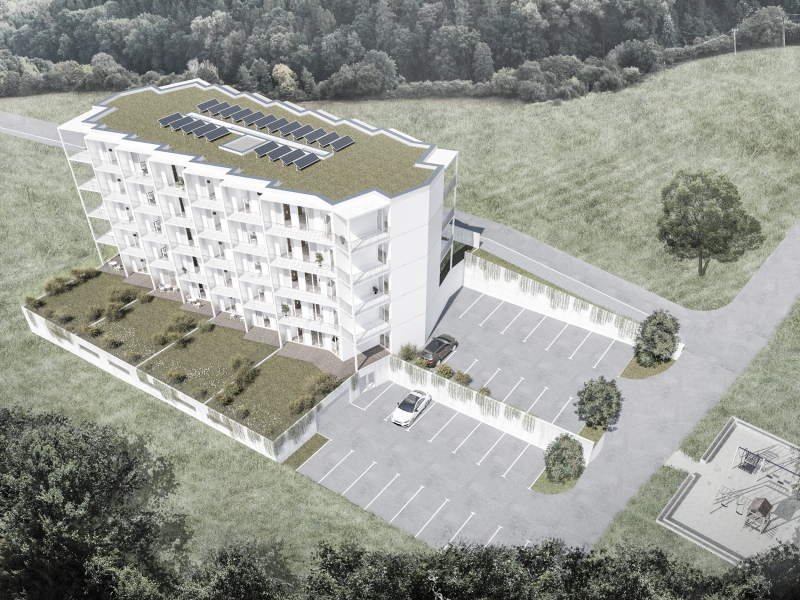 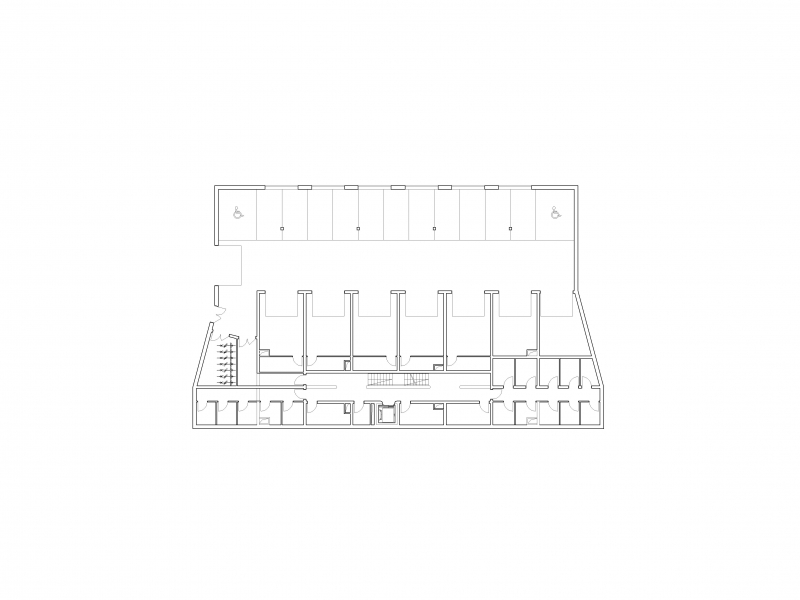 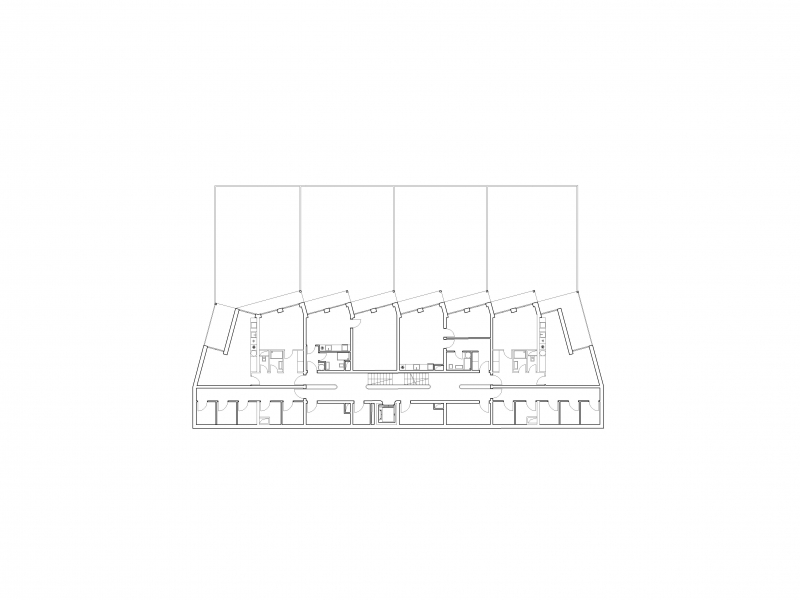 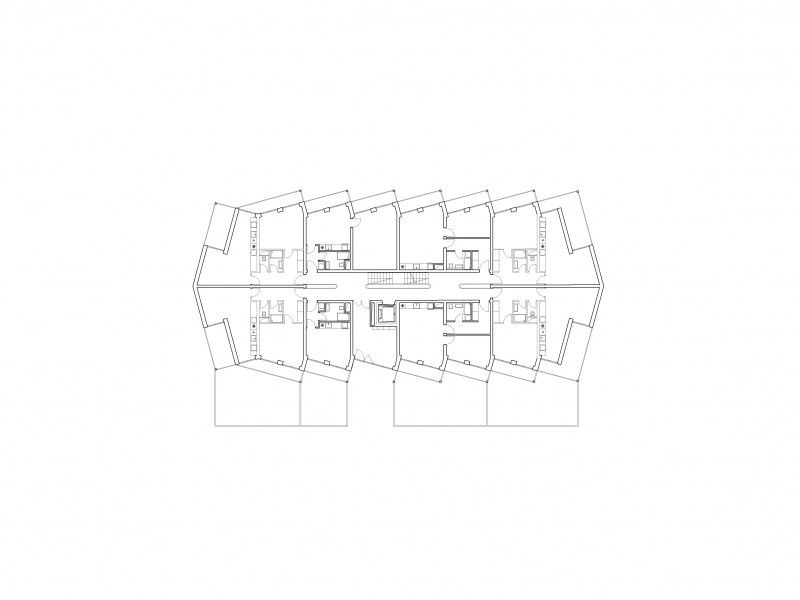 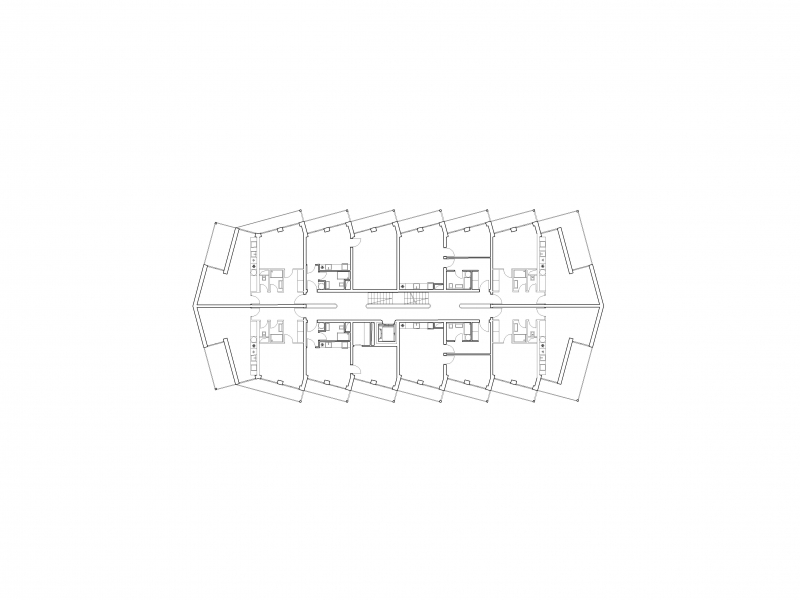 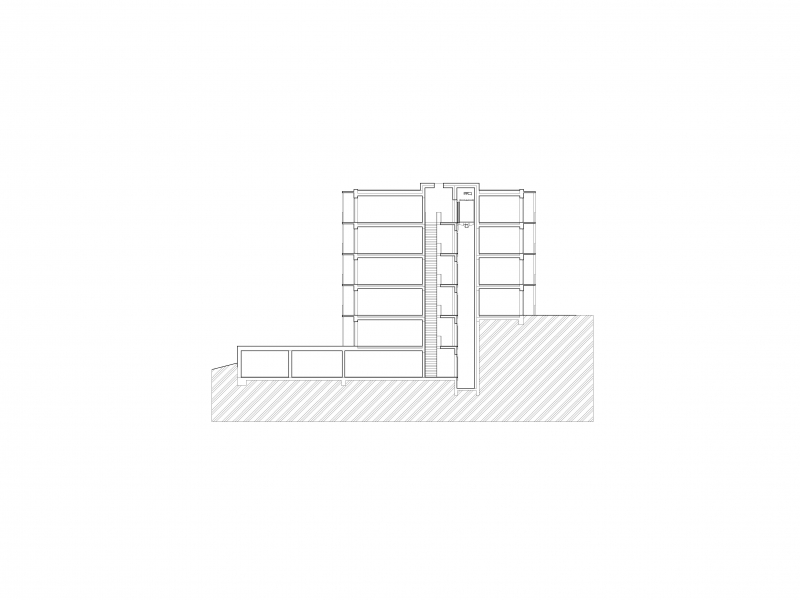 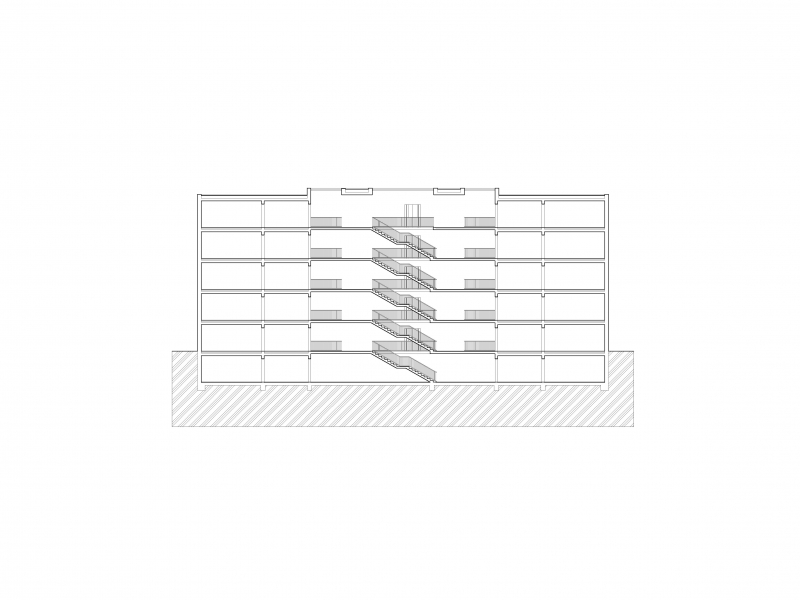