The designs of the Líšnická villa development and the hotel, located near the historically oldest golf courses in the Czech Republic, are closely connected not only by their location, but also by the expression of the development itself. In the case of the hotel, it is a traditional representative of its typology. The illuminated central corridor offers access to modular cells. The simple system of rooms is complemented only by the above-standard loggias for each room. This arrangement makes it possible to stand out from the inverse mass of the four modules reserved for the entrance with the reception and elevated atrium, restaurant, building facilities, communication core and outdoor terrace with vegetation protruding above this gable. The material is connected to the development of villa houses. Large masses, the surface of which consists of white smooth plaster, are distinguished from the rest of the area only by the use of brass details in the form of windows, railings and entrance revolving doors. The dominant feature of the reception with an atrium open to the second floor is the organic chandelier reflected in the blue marble wall.

In the case of the development of villa houses, it is a dead end street, which is dominated by one of the buildings. Other objects are placed diagonally with respect to the road and to the cardinal directions. The monumental mass of the front wall without window openings, only with a descriptive number, creates the impression of a levitating part of the building. Below this unit is the entrance to the building and two covered parking spaces. Simple floor plans make maximum use of the walls facing the villa gardens. The communication core allows the division of houses into one to three apartments, thus allowing maximum variability of the project. The whole area is complemented by a park with a playground and a small rentable space. 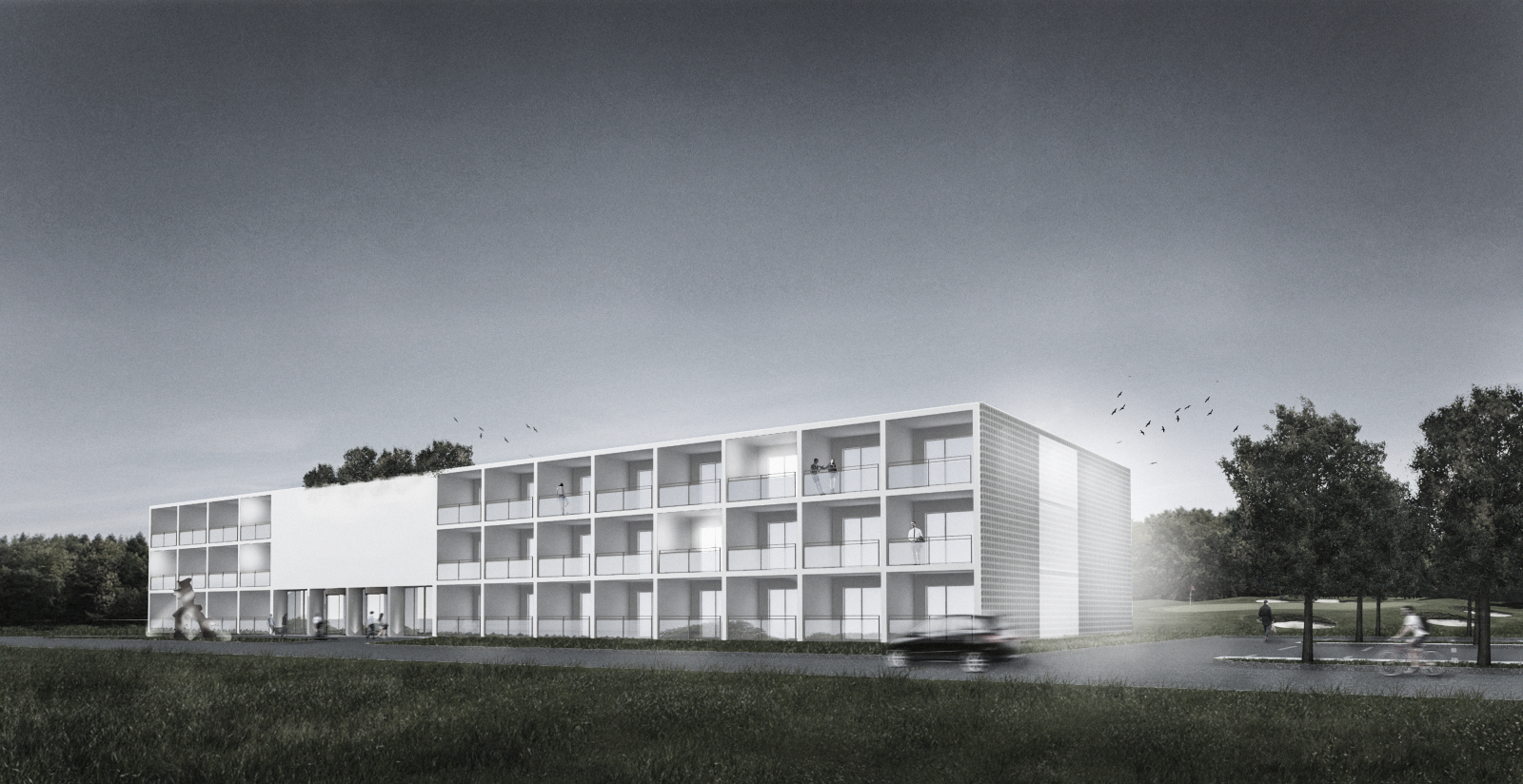 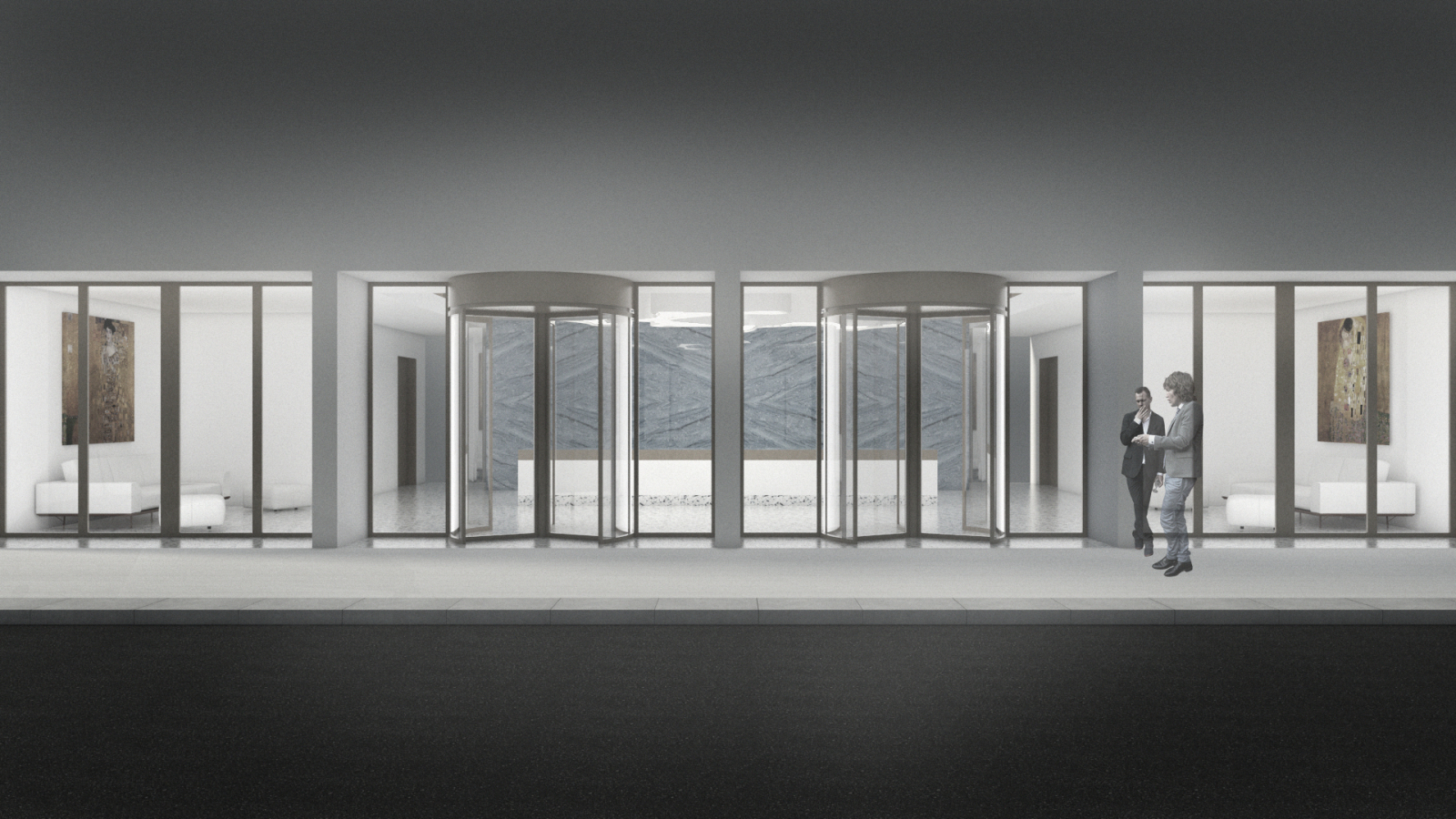 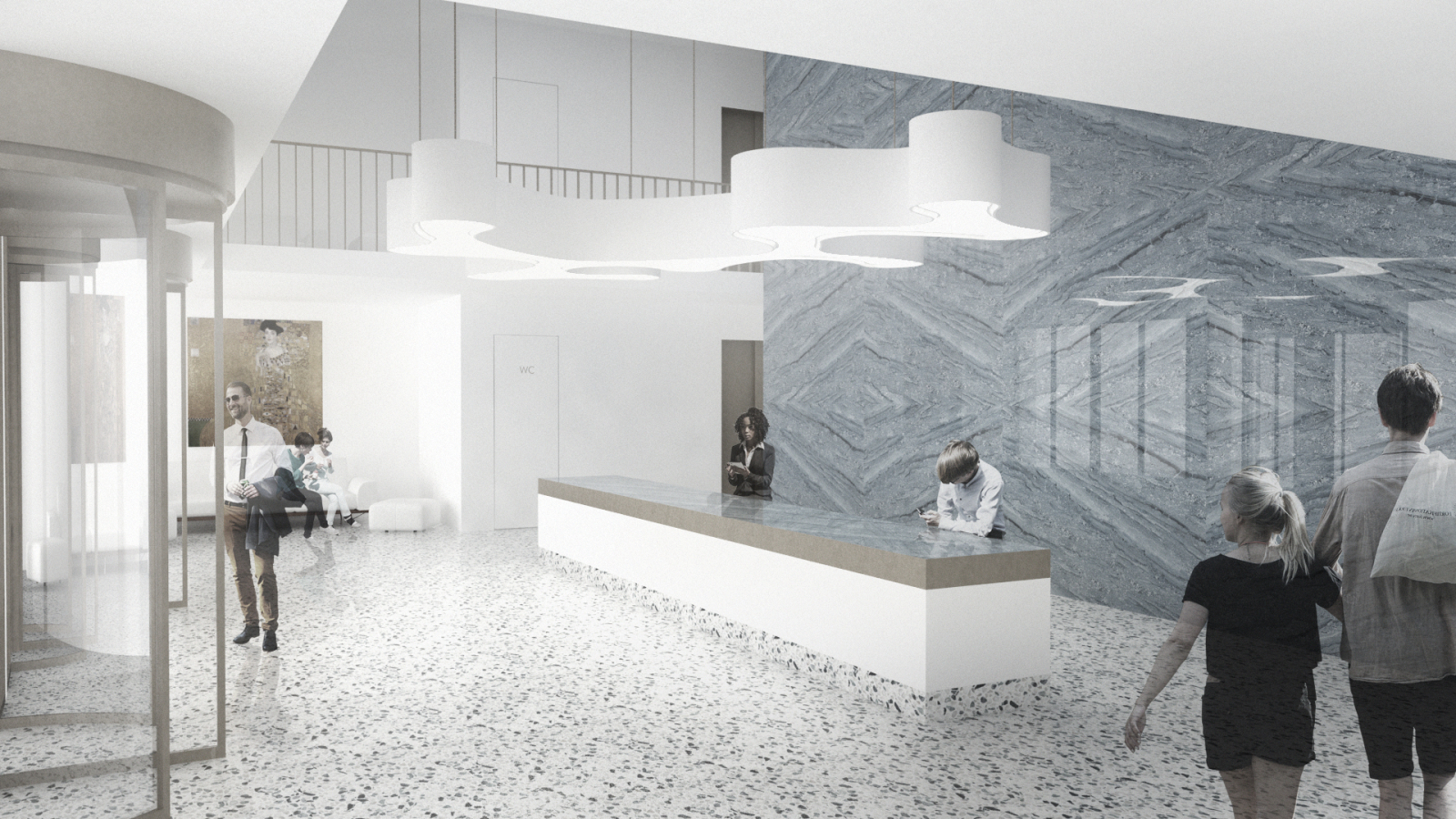 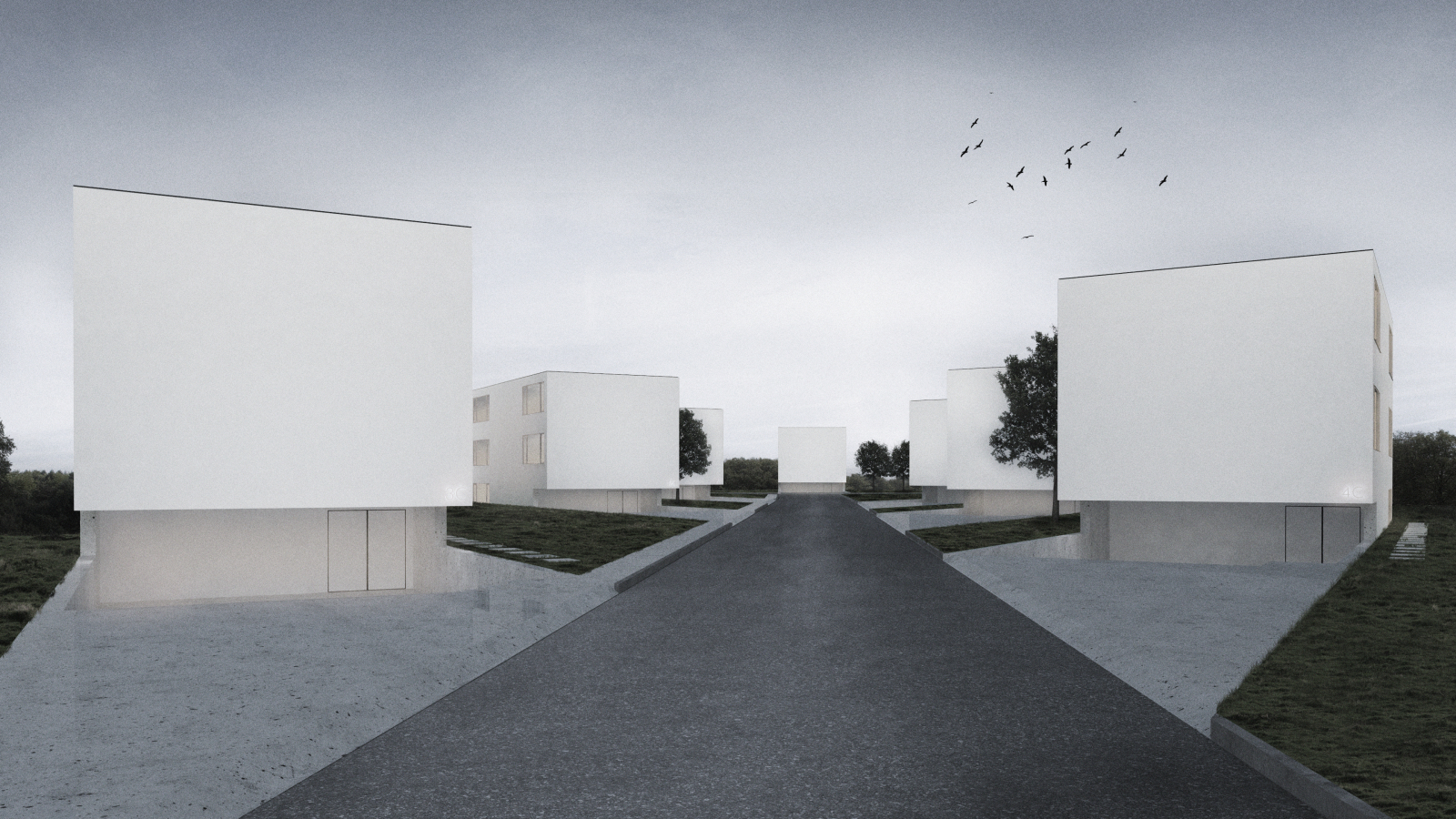 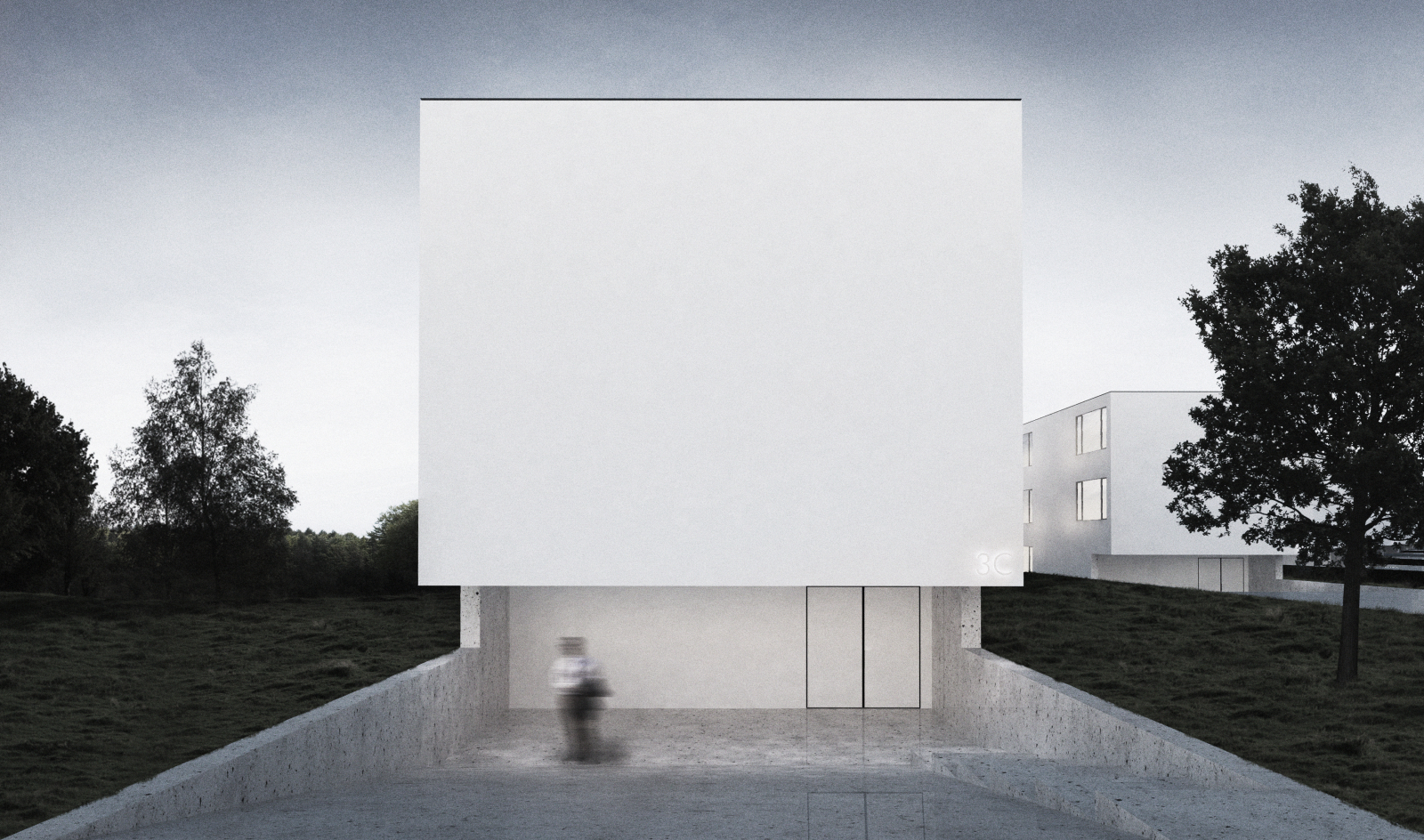 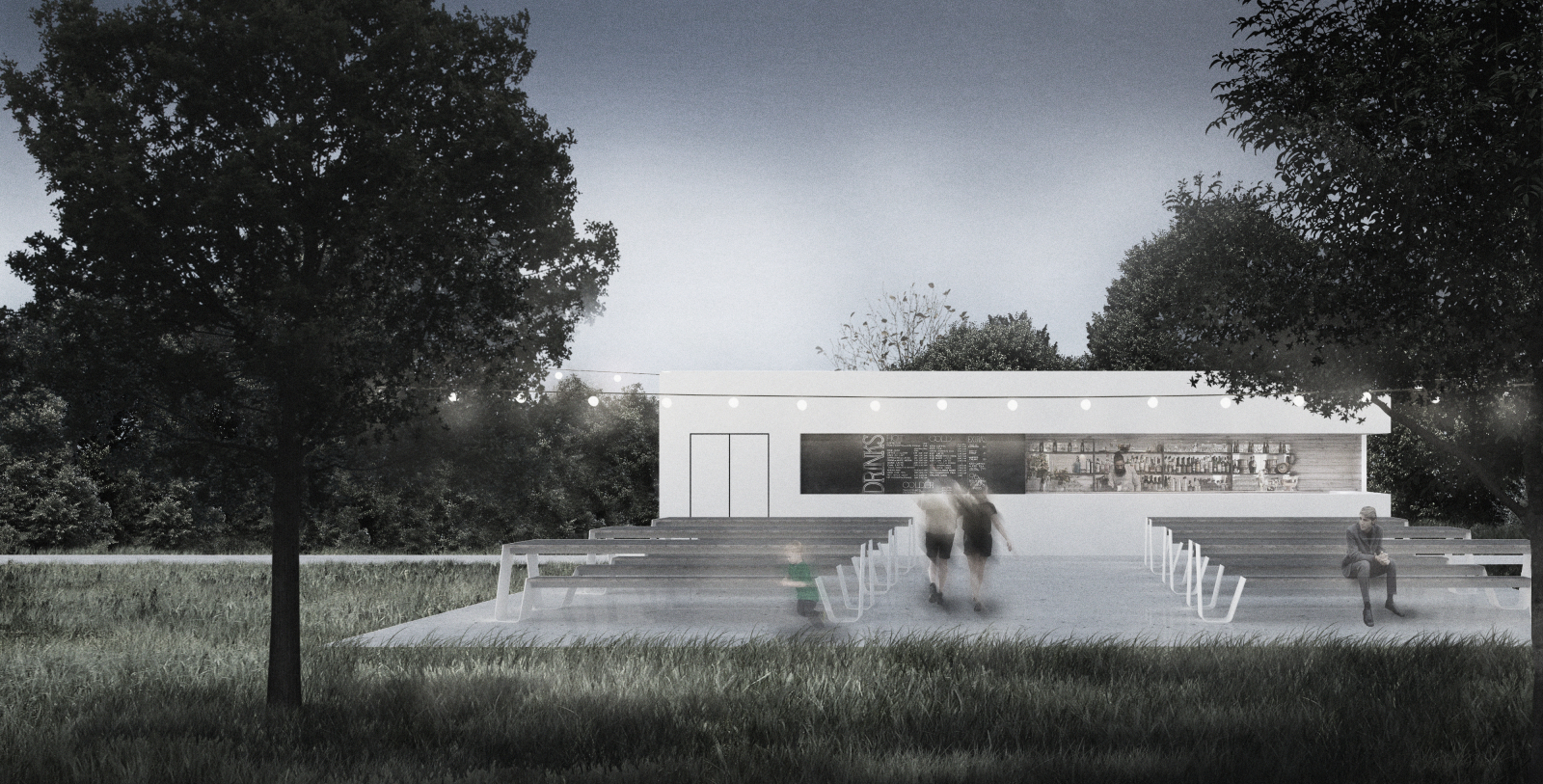 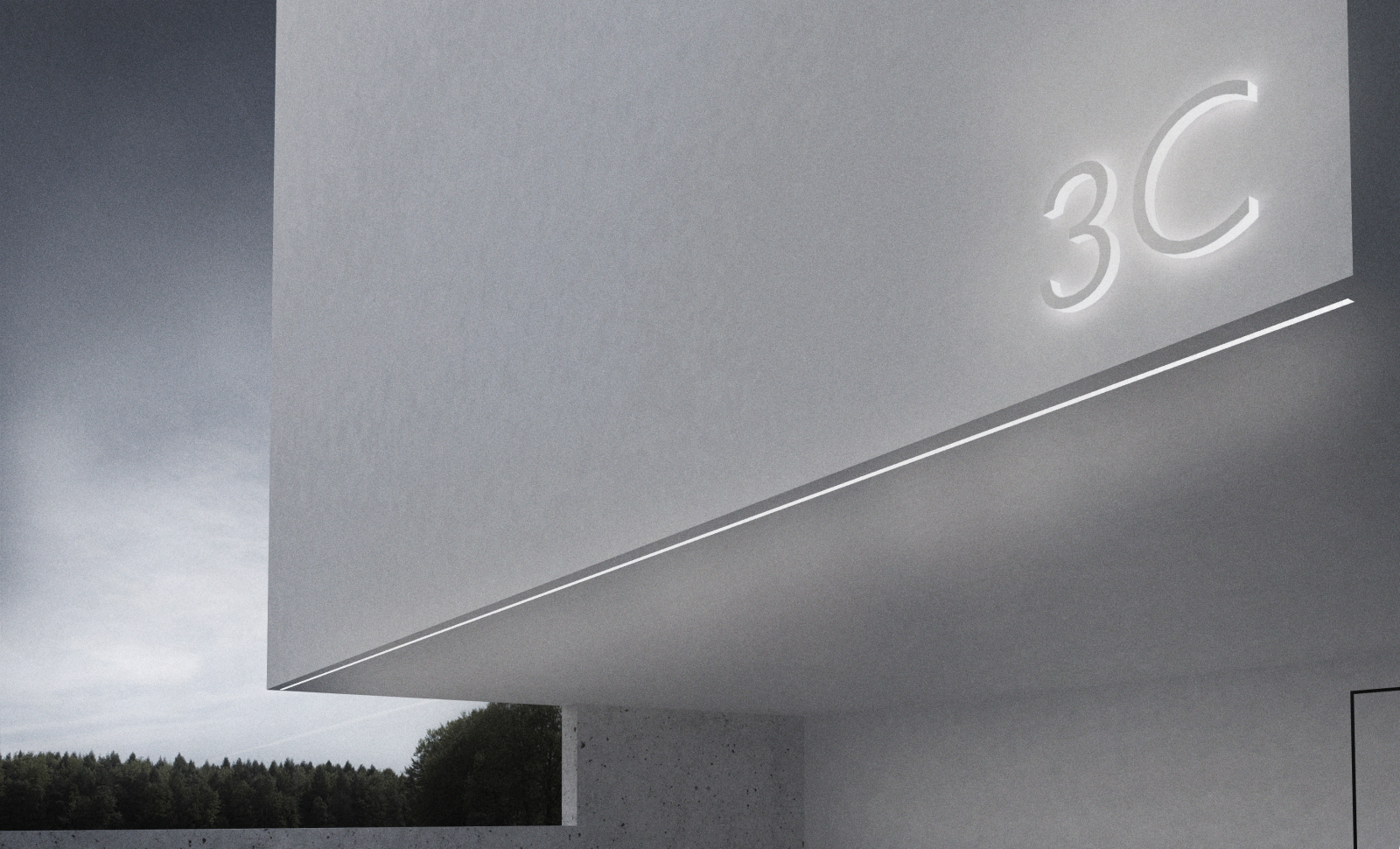 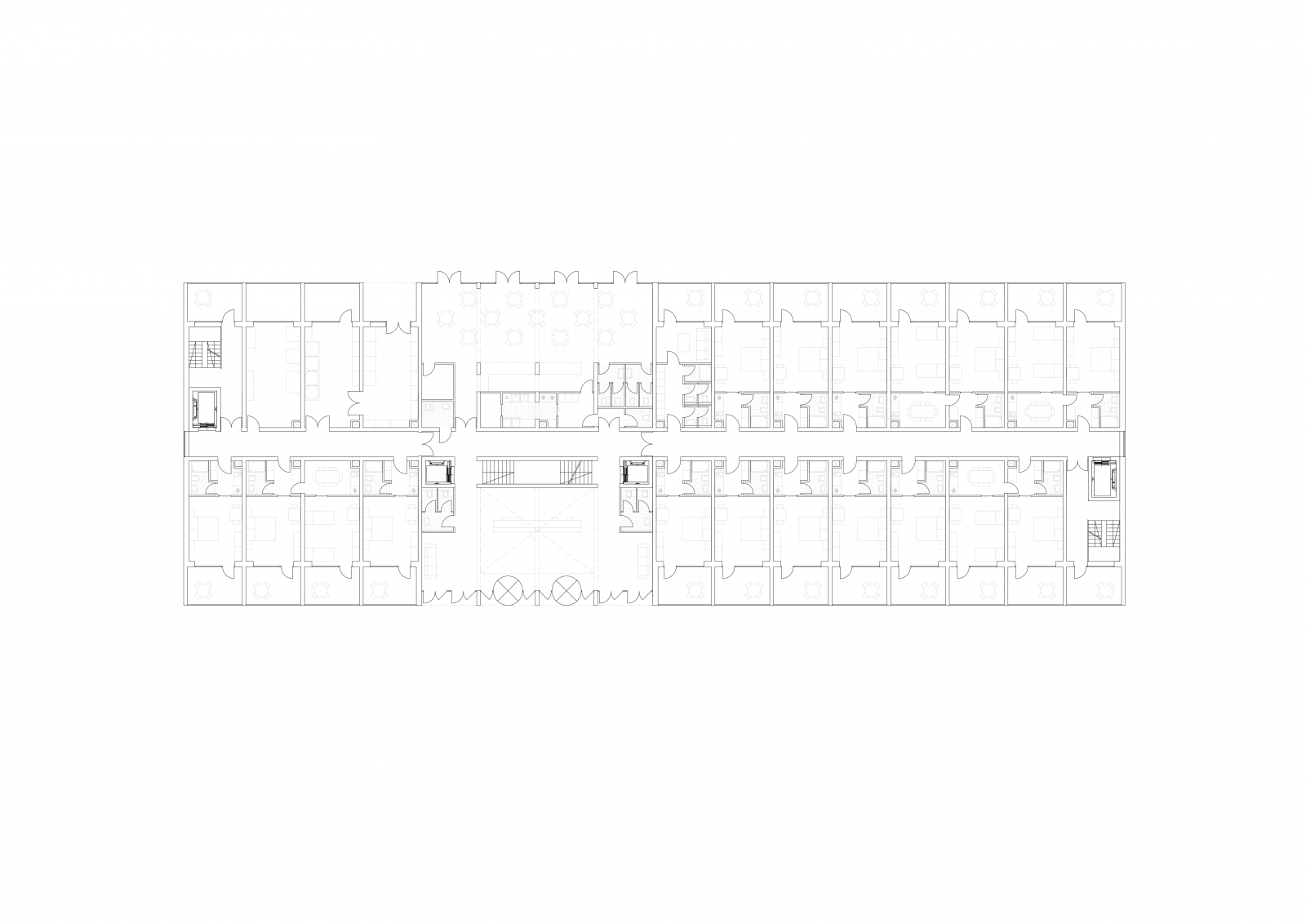 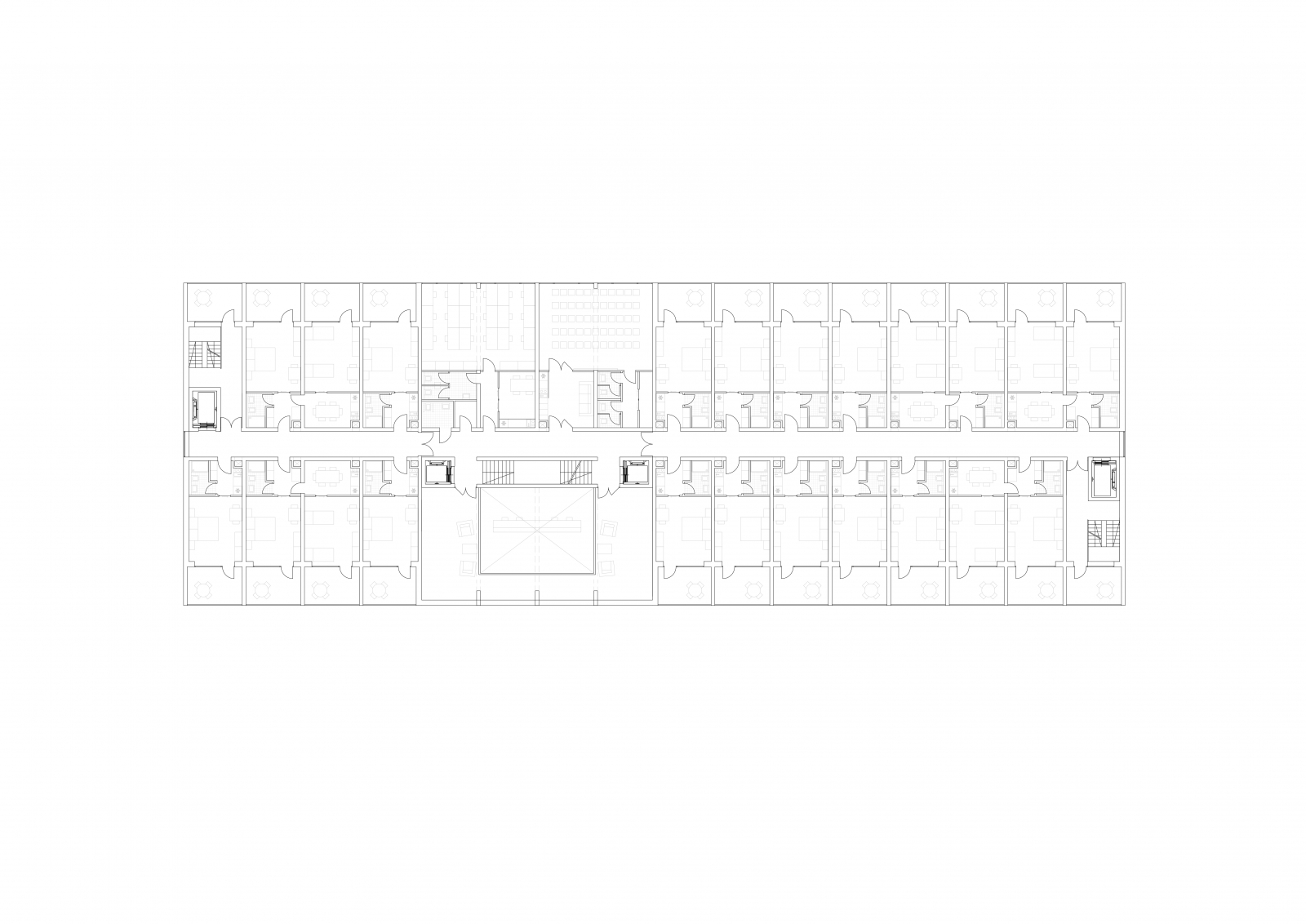 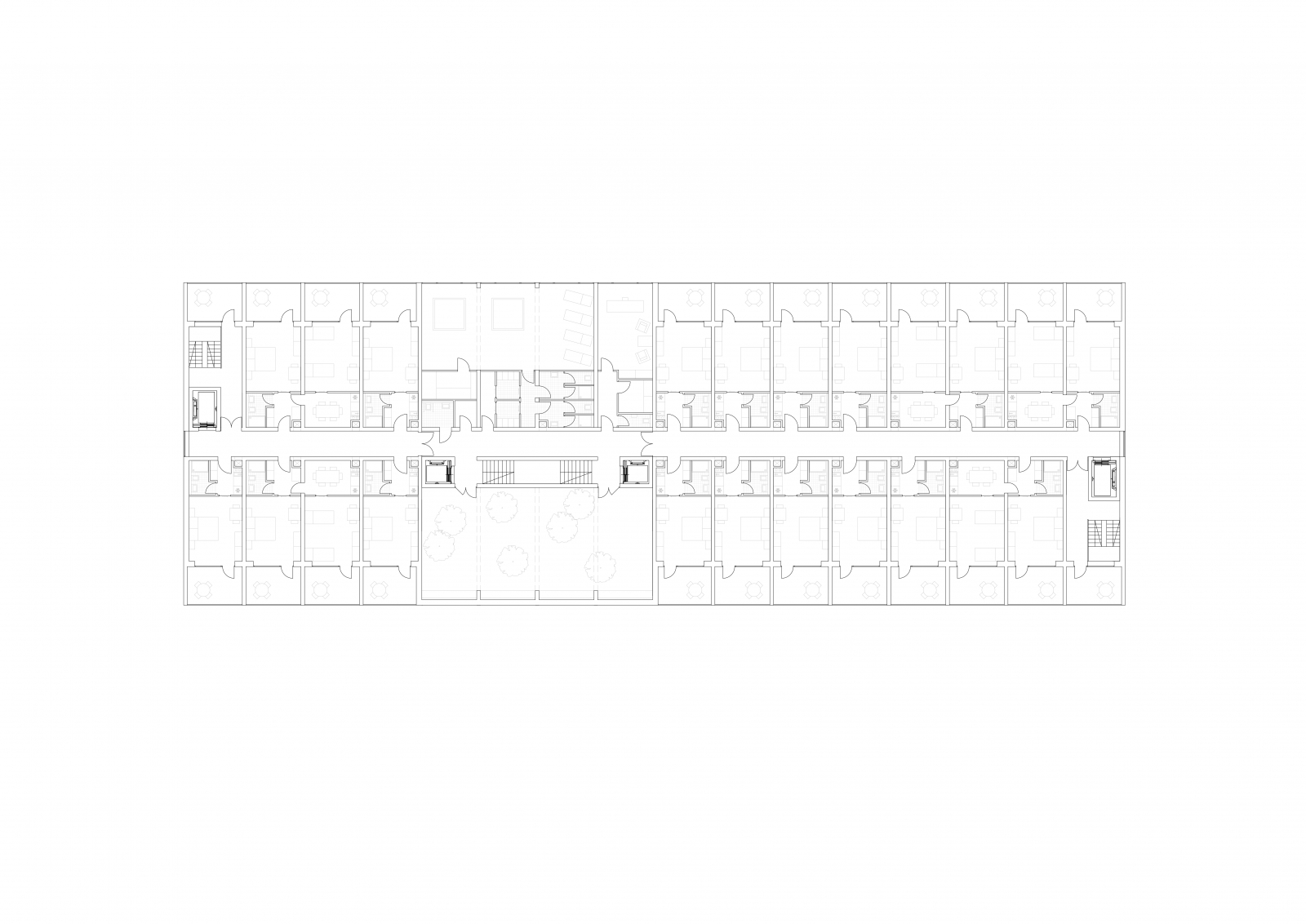 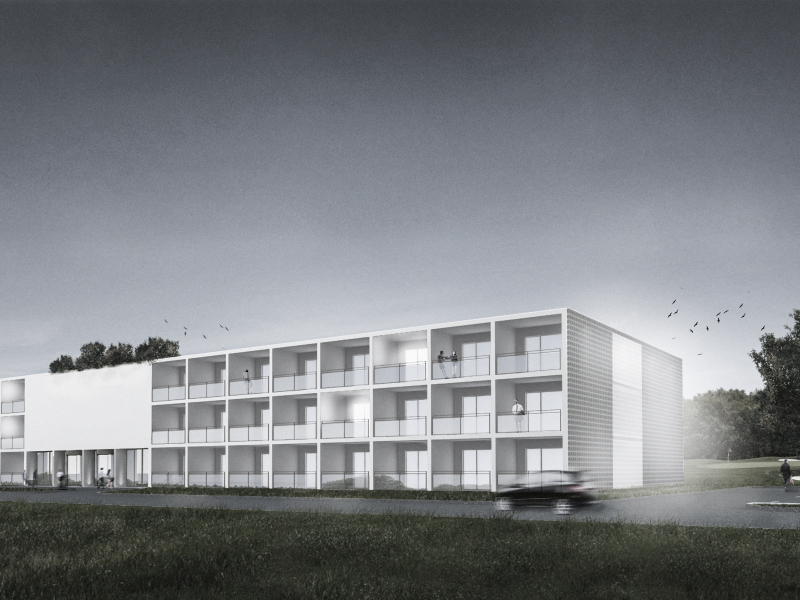 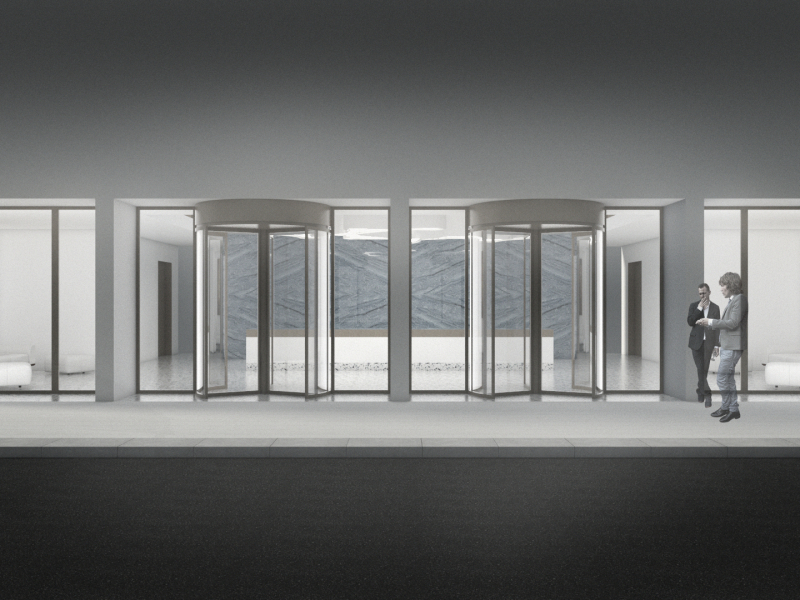 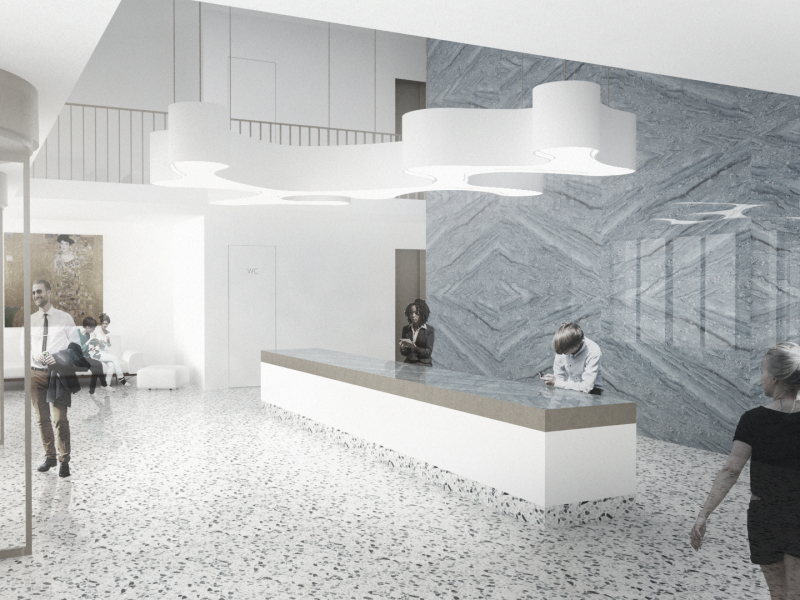 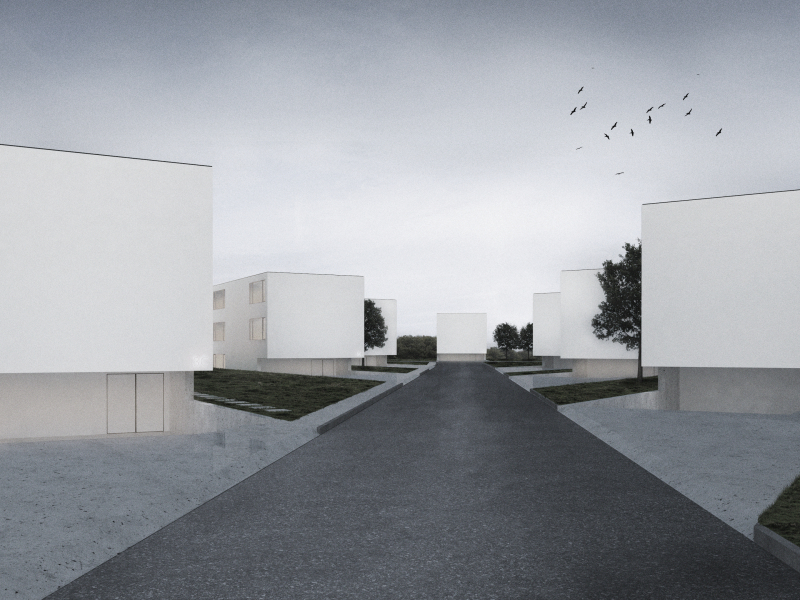 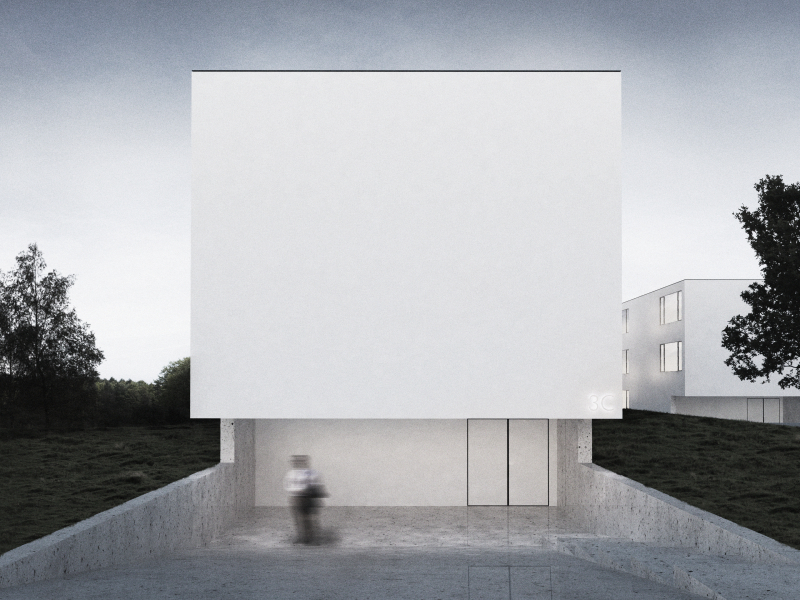 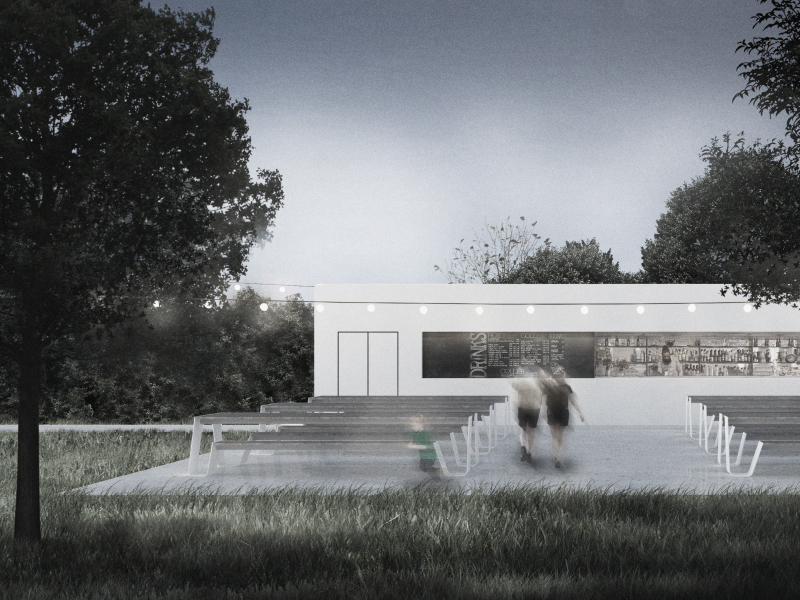 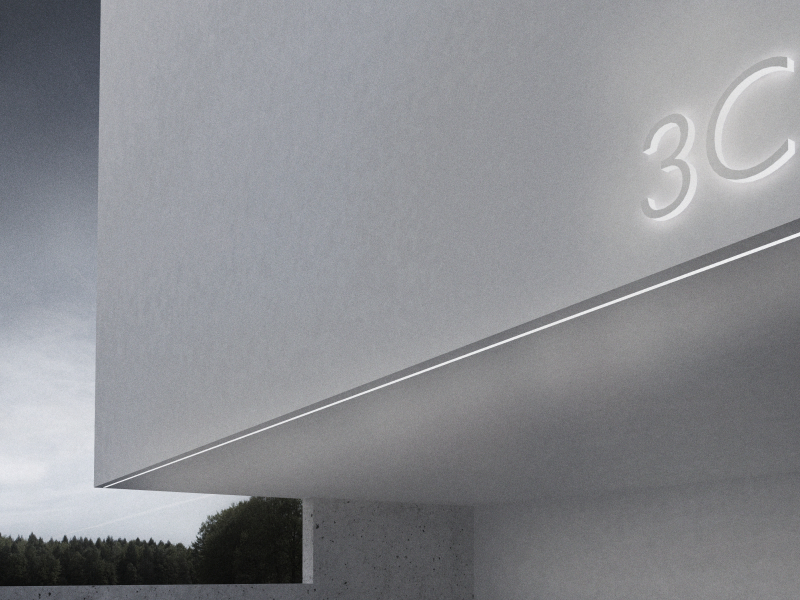 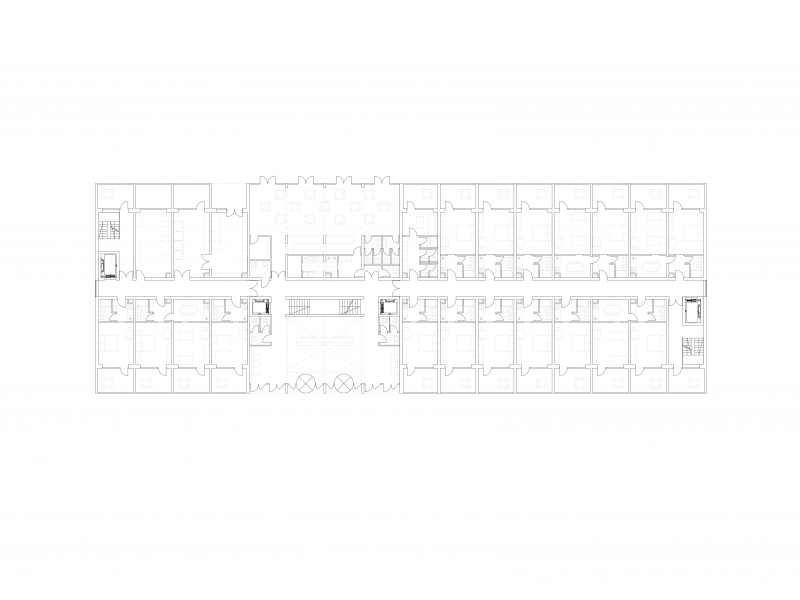 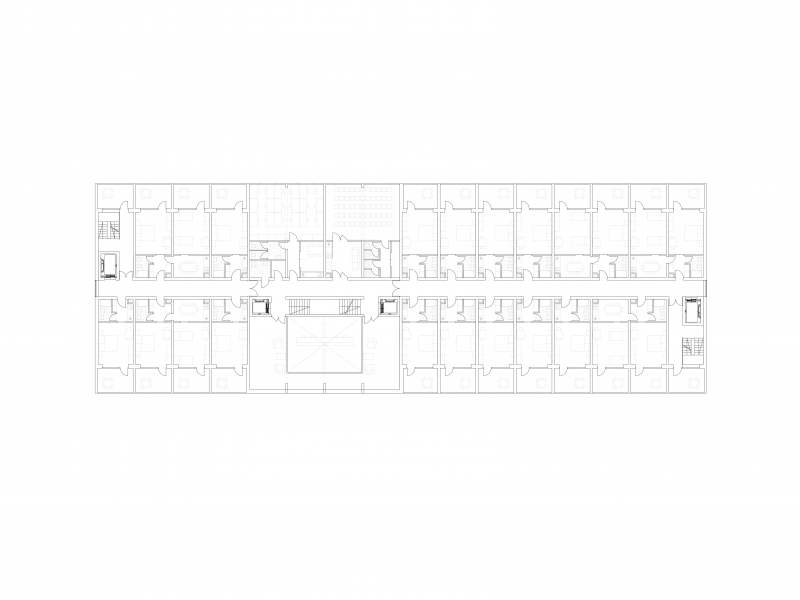 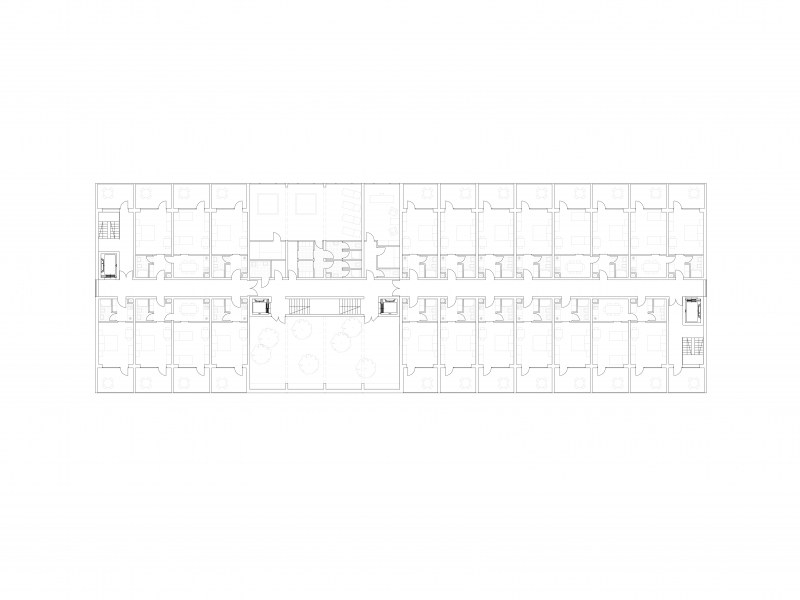