The newly built family house with a built-up area of ​​248 m2 and the opposite building with a studio, garage and wine cellar (230 m2) are situated on the site of the original tennis court, inserted into the surrounding terrain. The long but narrow residential building situated on the edge of the plot visually opens up to one side, to the atrium, to which it adds absolute intimacy. From the opposite, street side, the atrium is closed by the original retaining wall of the court, which the architect has practically used as the basis for the building with a studio and garages. Between the two buildings, below the level of a nearby relatively busy road, a space is created that is perfectly protected from the hustle and bustle of the city, which offers the family a quiet environment and in the summer becomes a welcome extension of the living areas of the house. Visually, the whole composition then acts as a tight grip that holds the family together. The architect deliberately chose this concept with regard to the fact that the plot was below the level of the neighboring plots, surrounded by the retaining walls of the former tennis court and was without any view of the surrounding countryside. 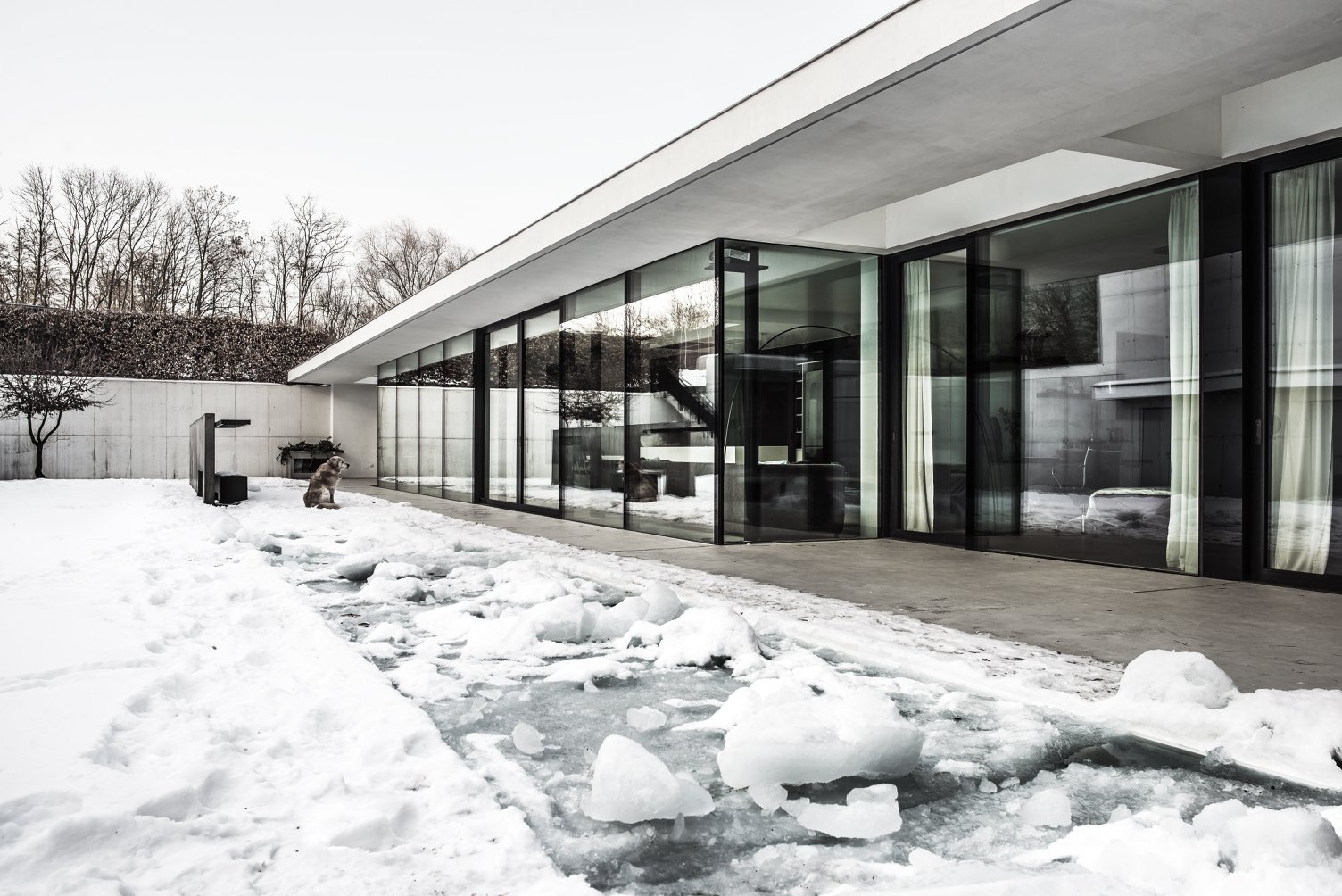 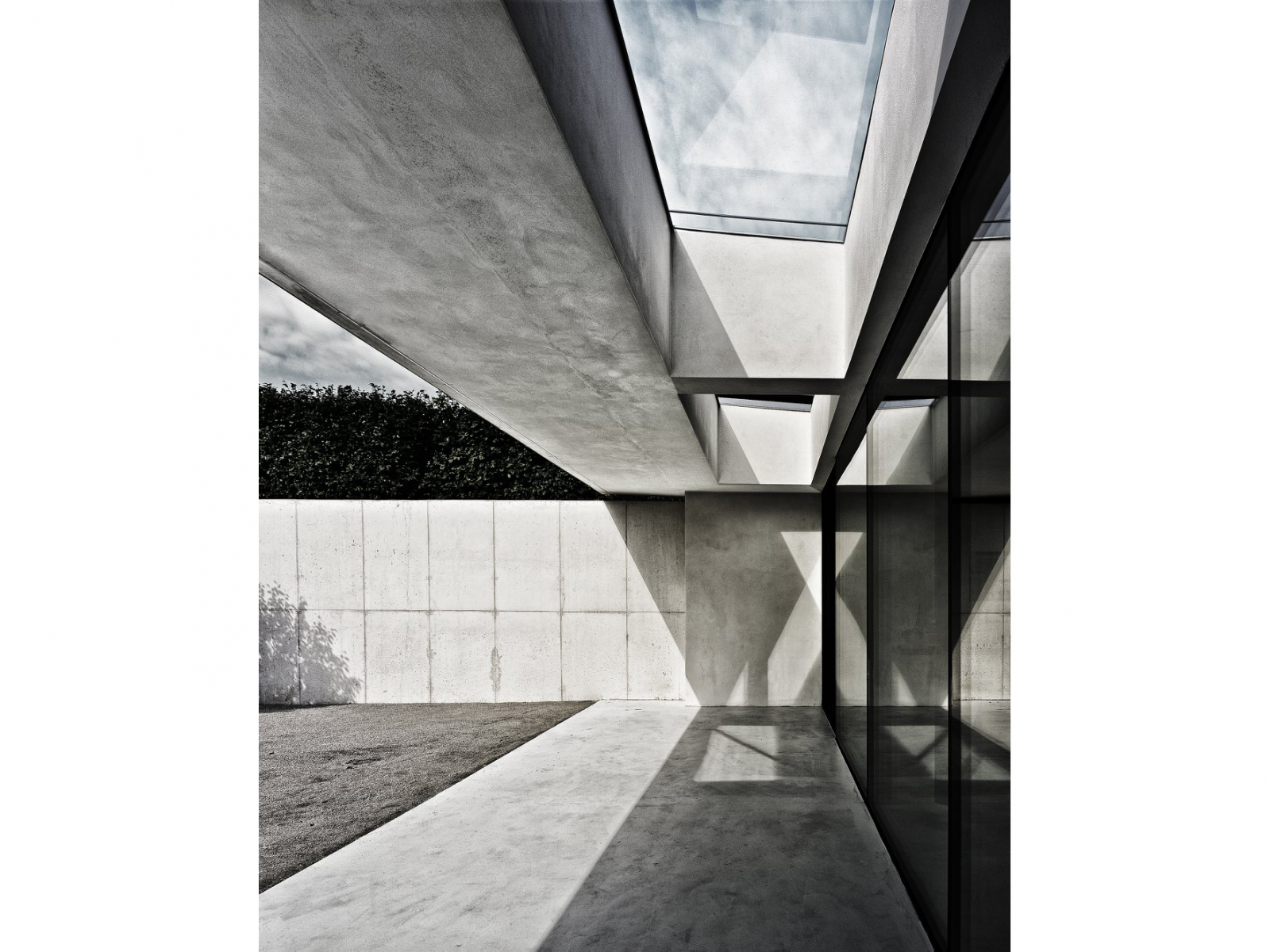 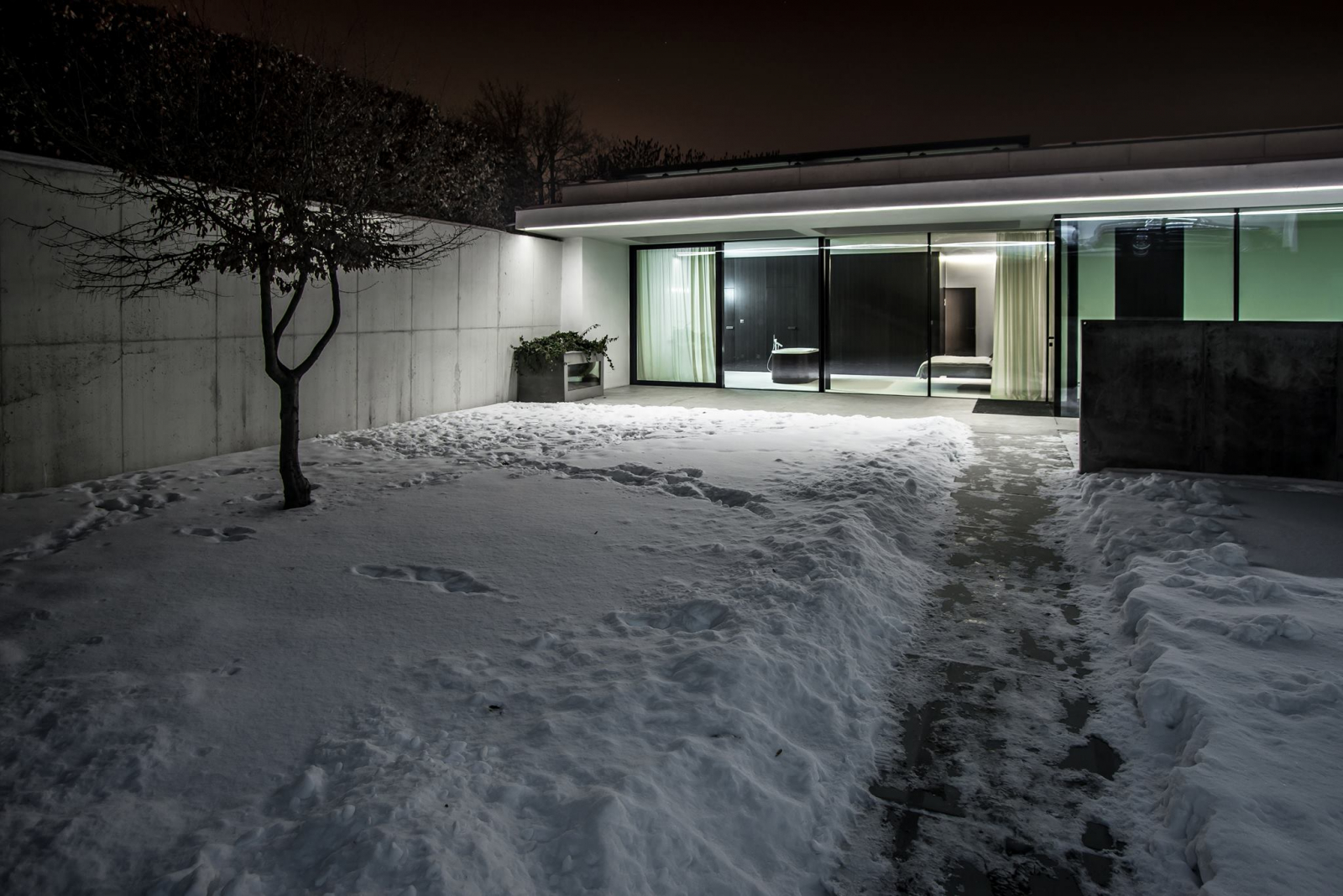 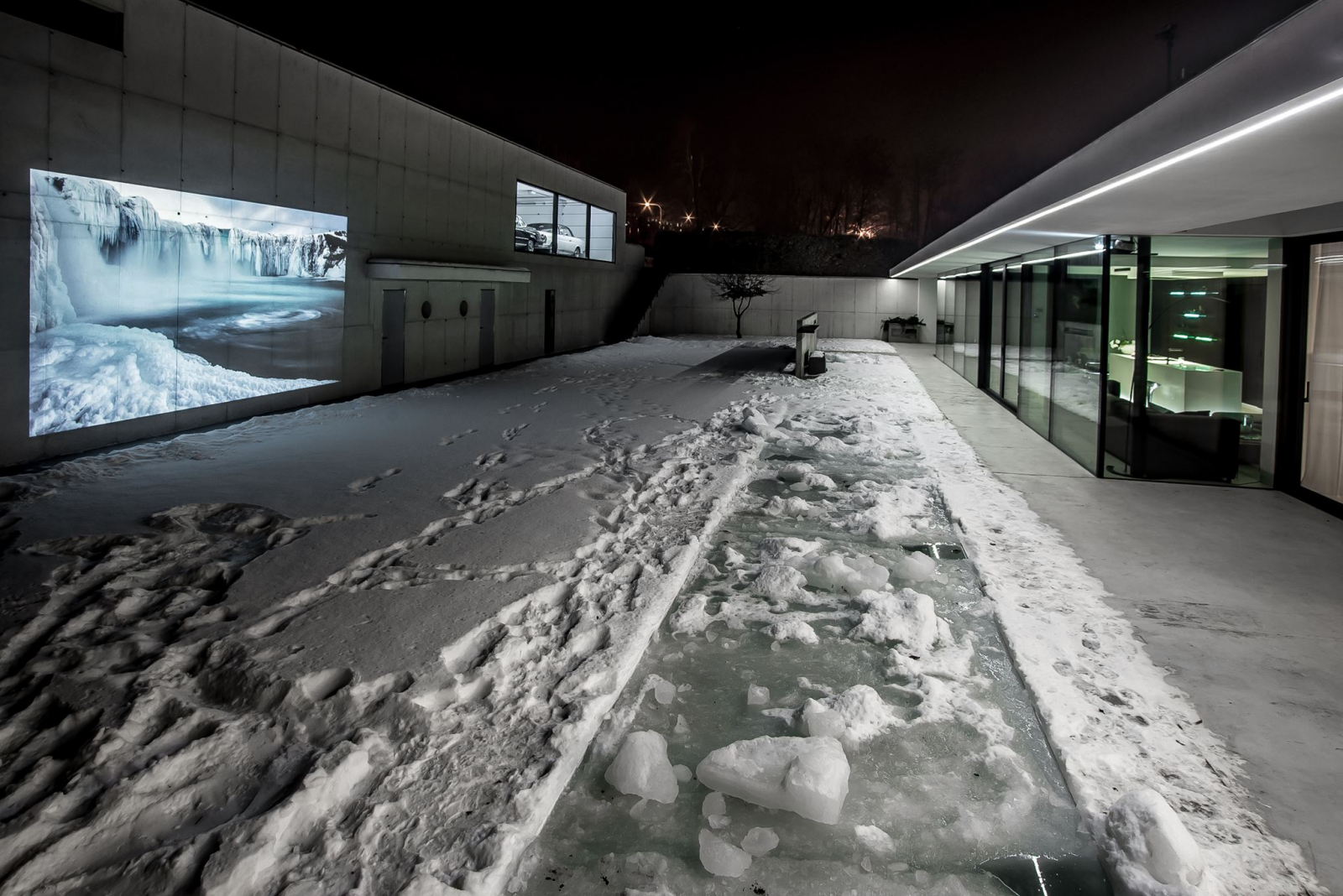 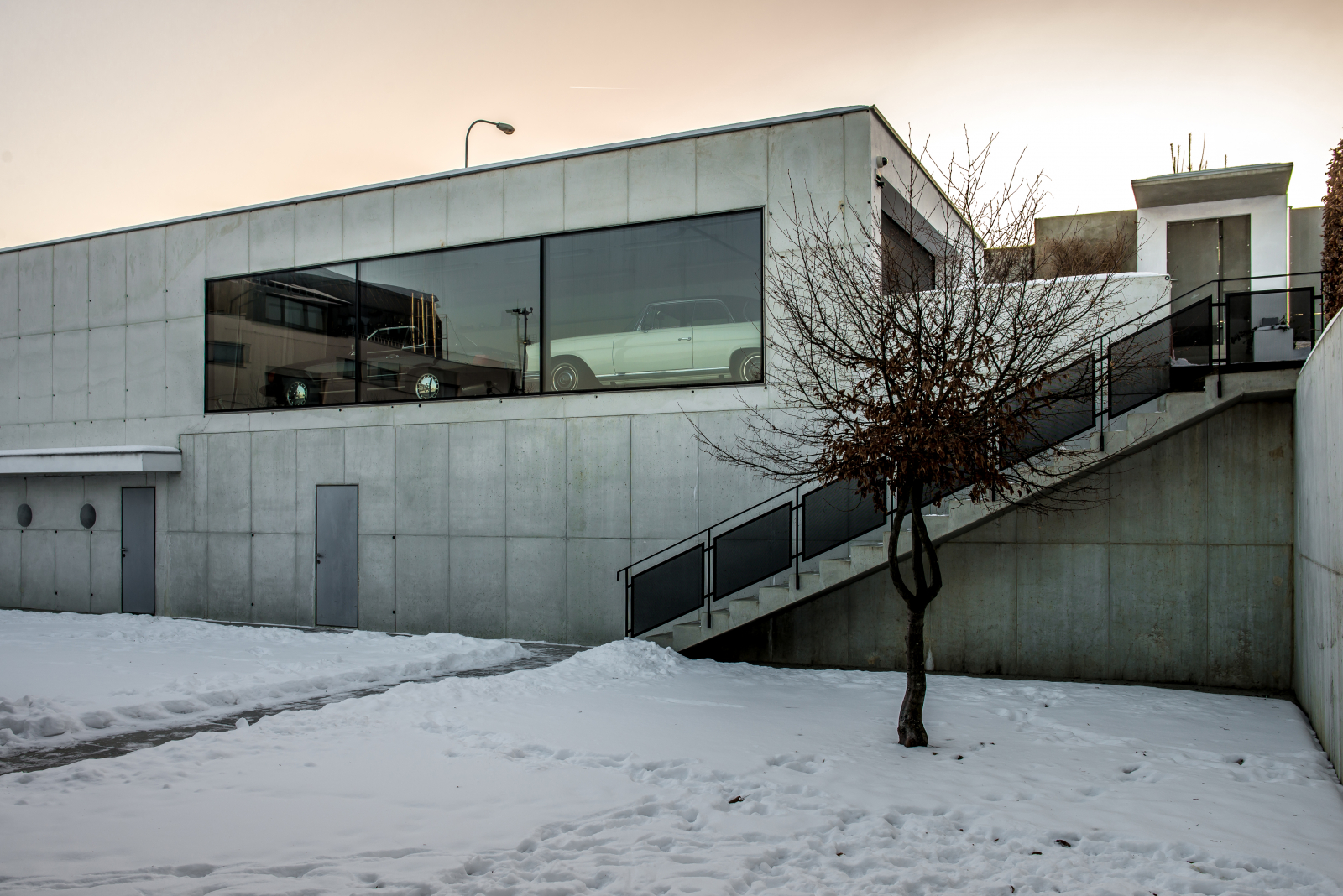 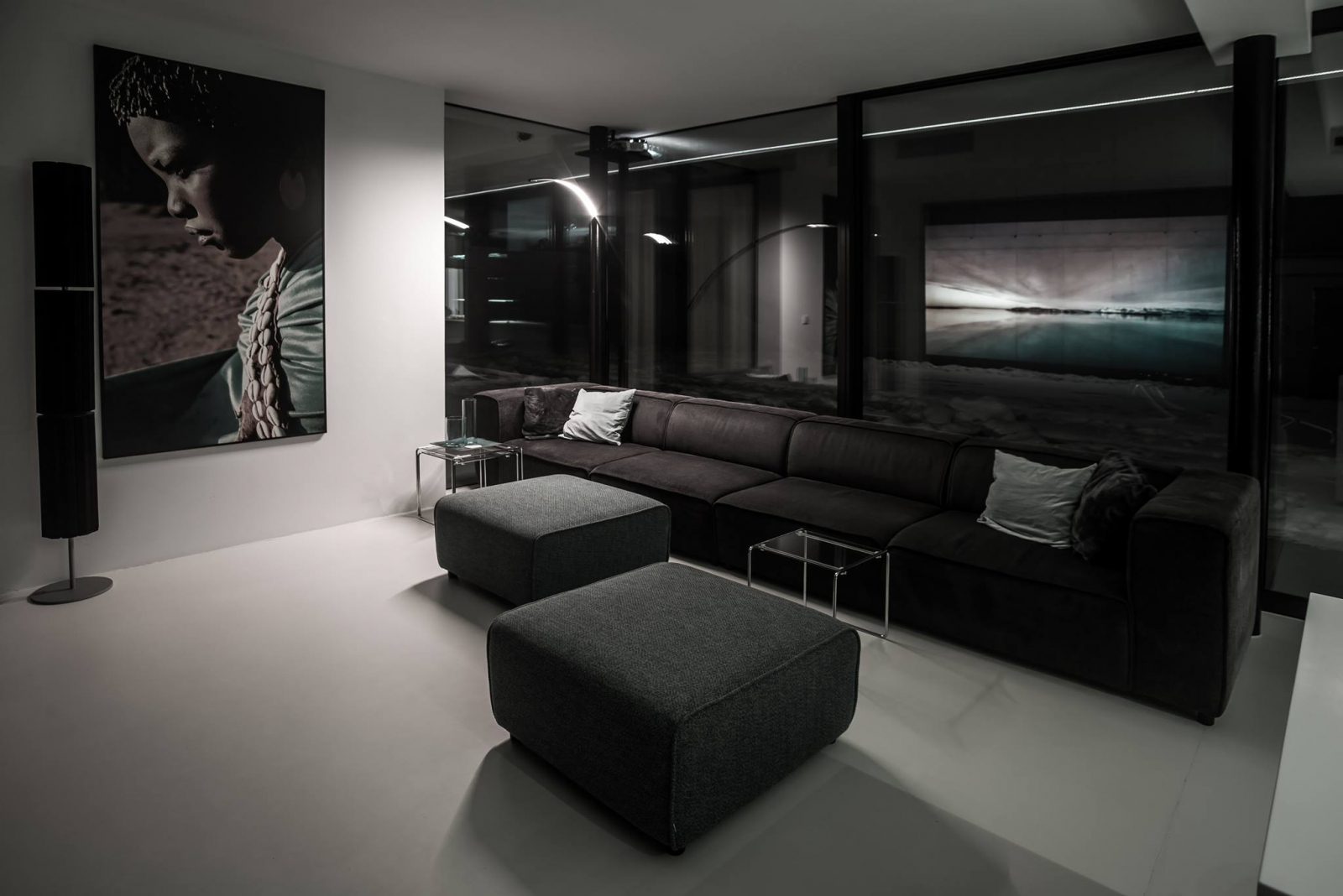 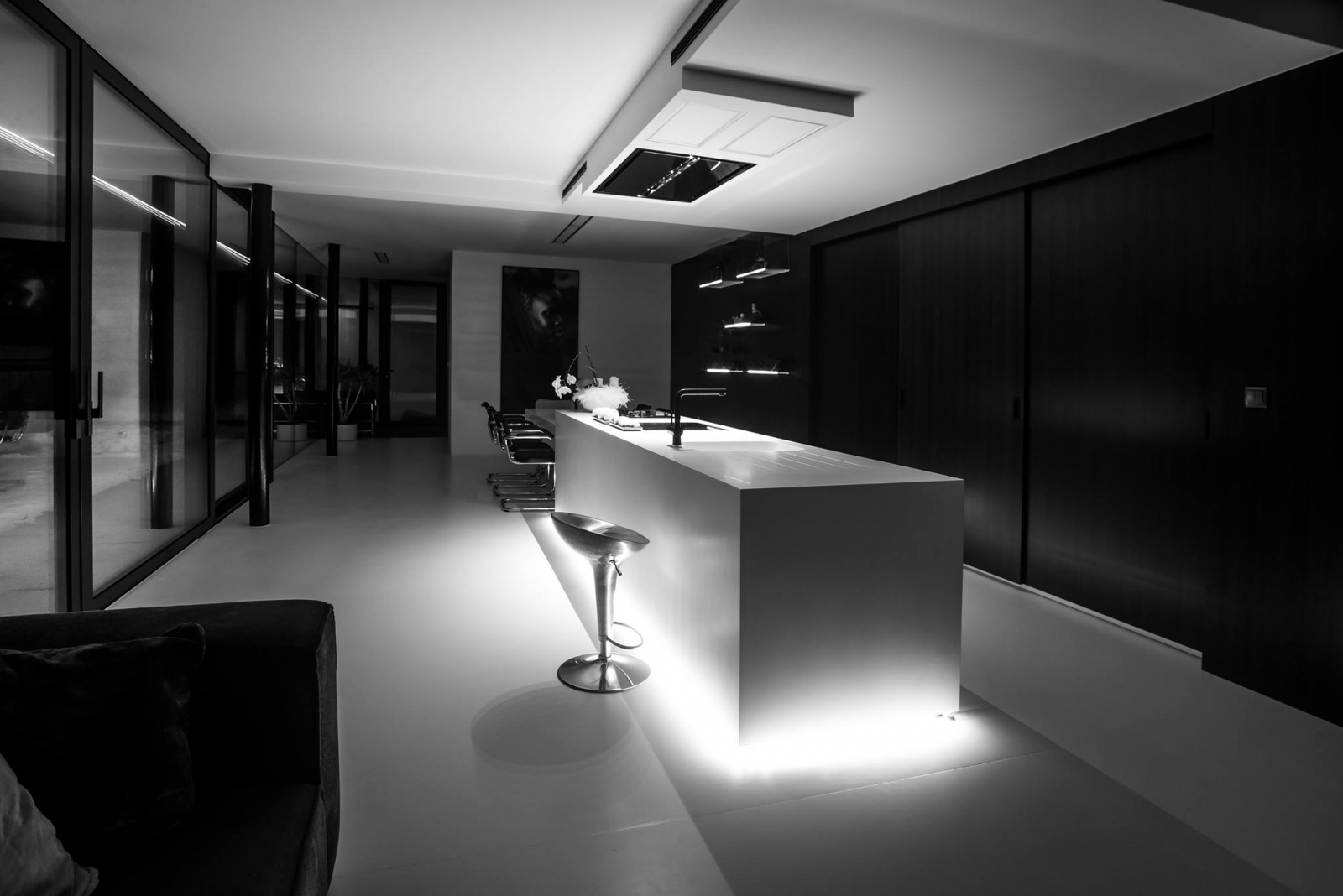 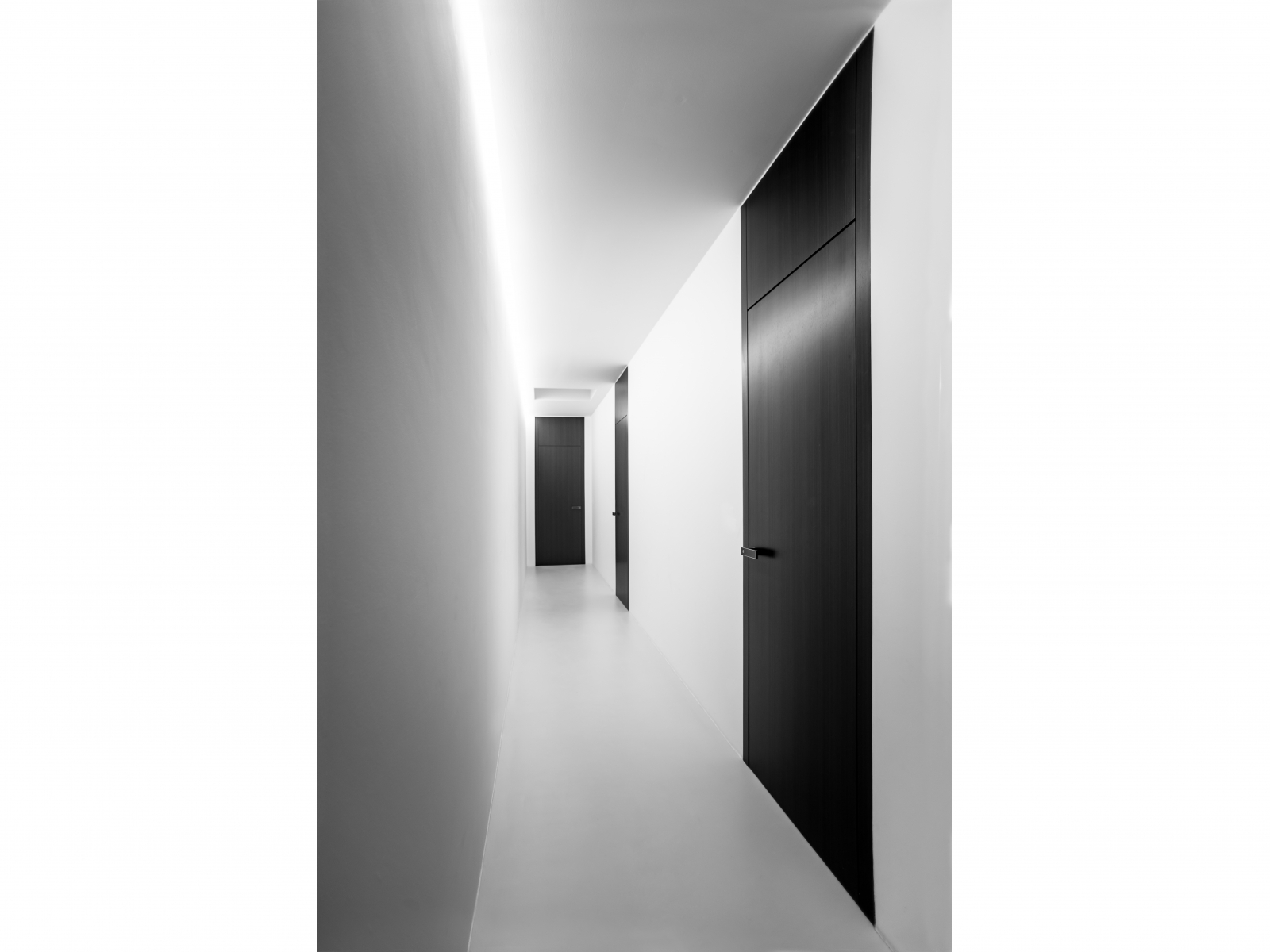 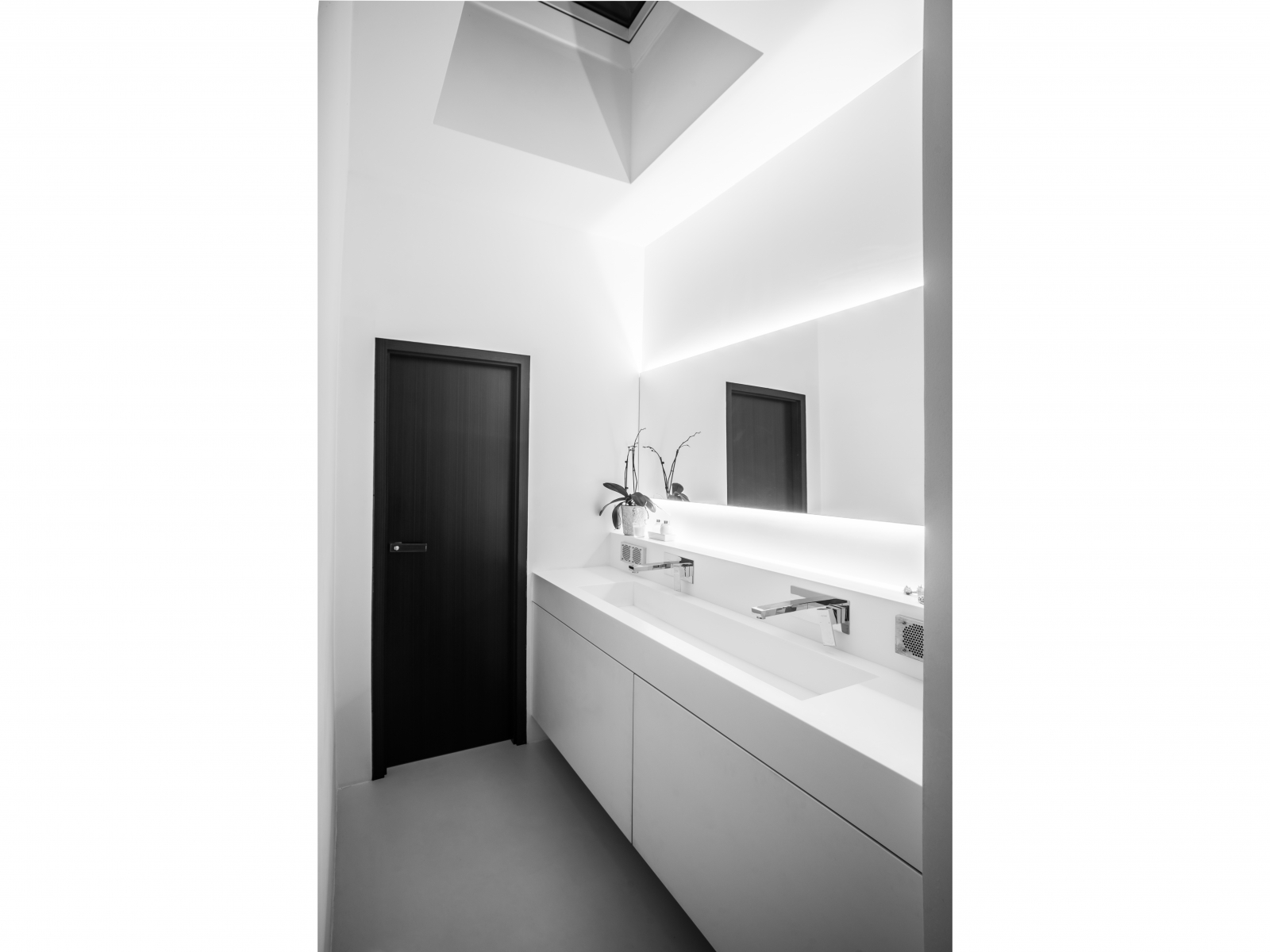 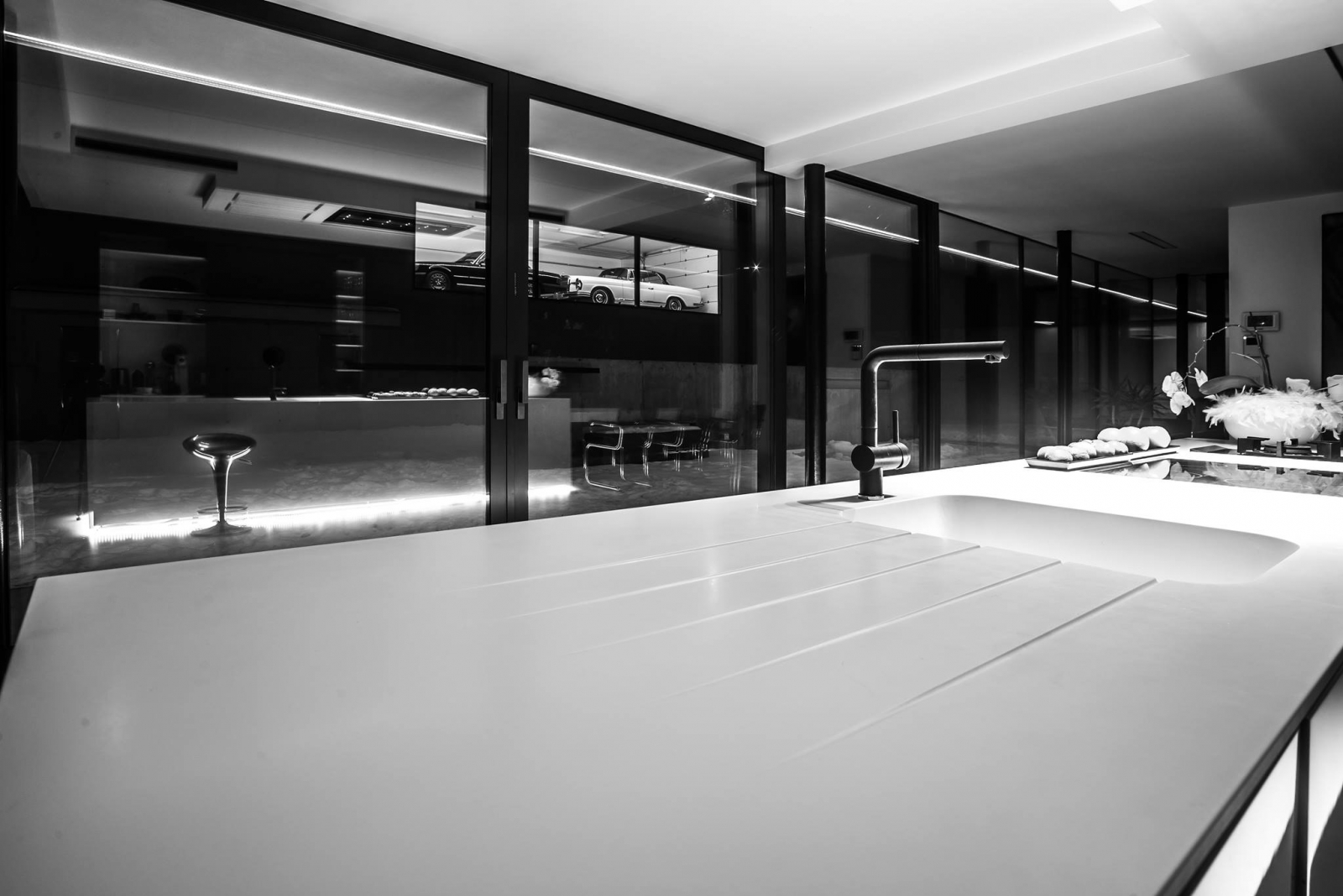 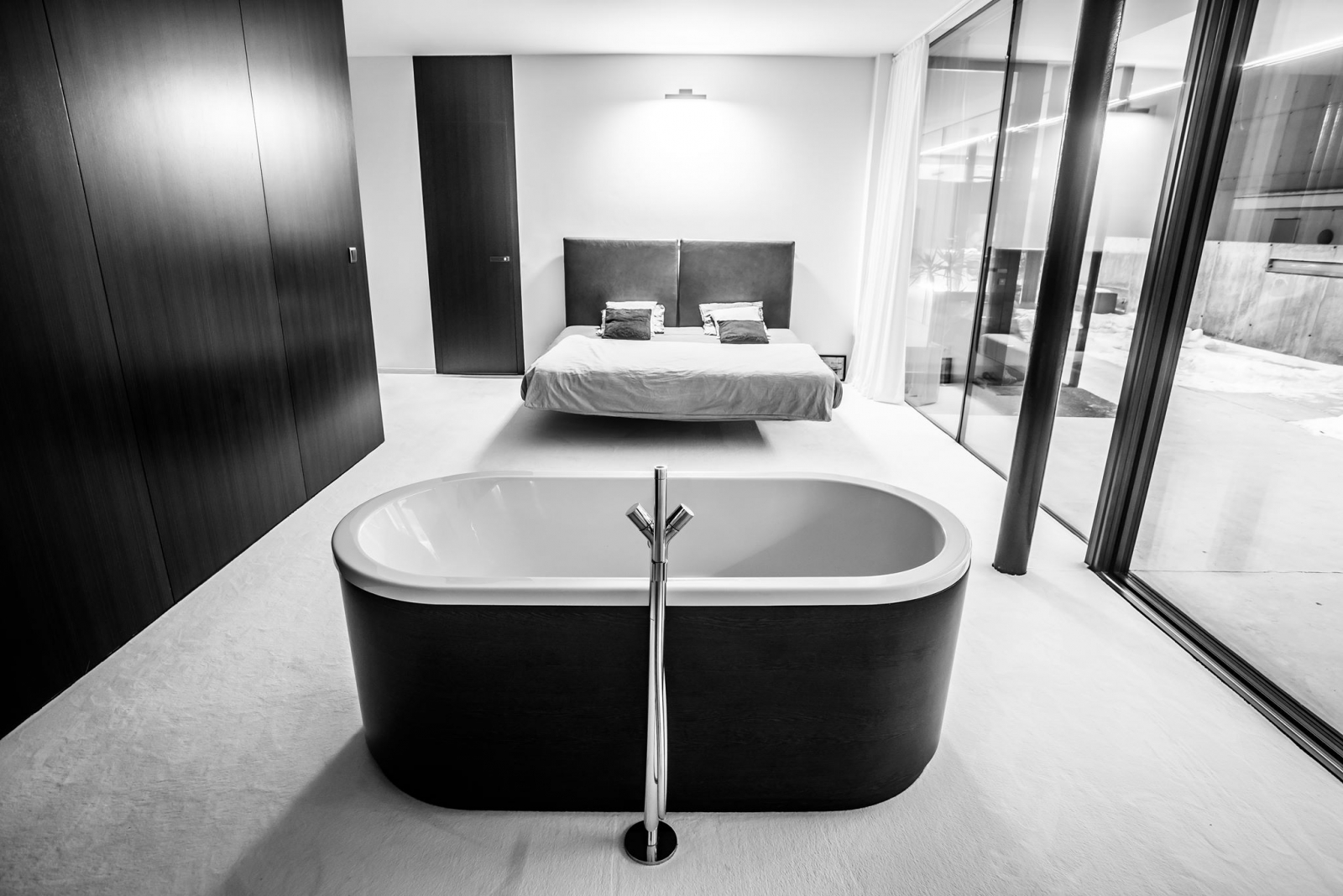 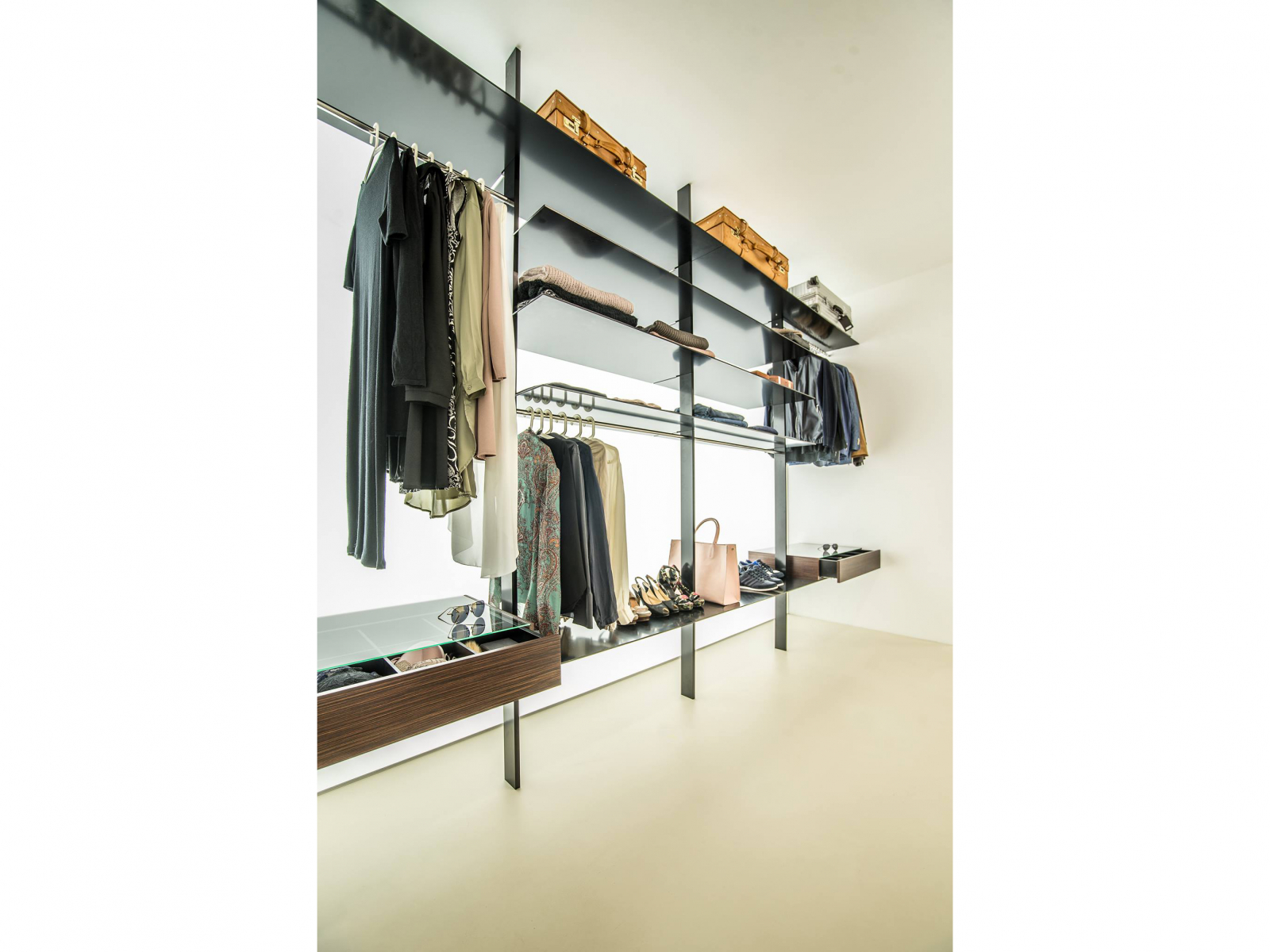 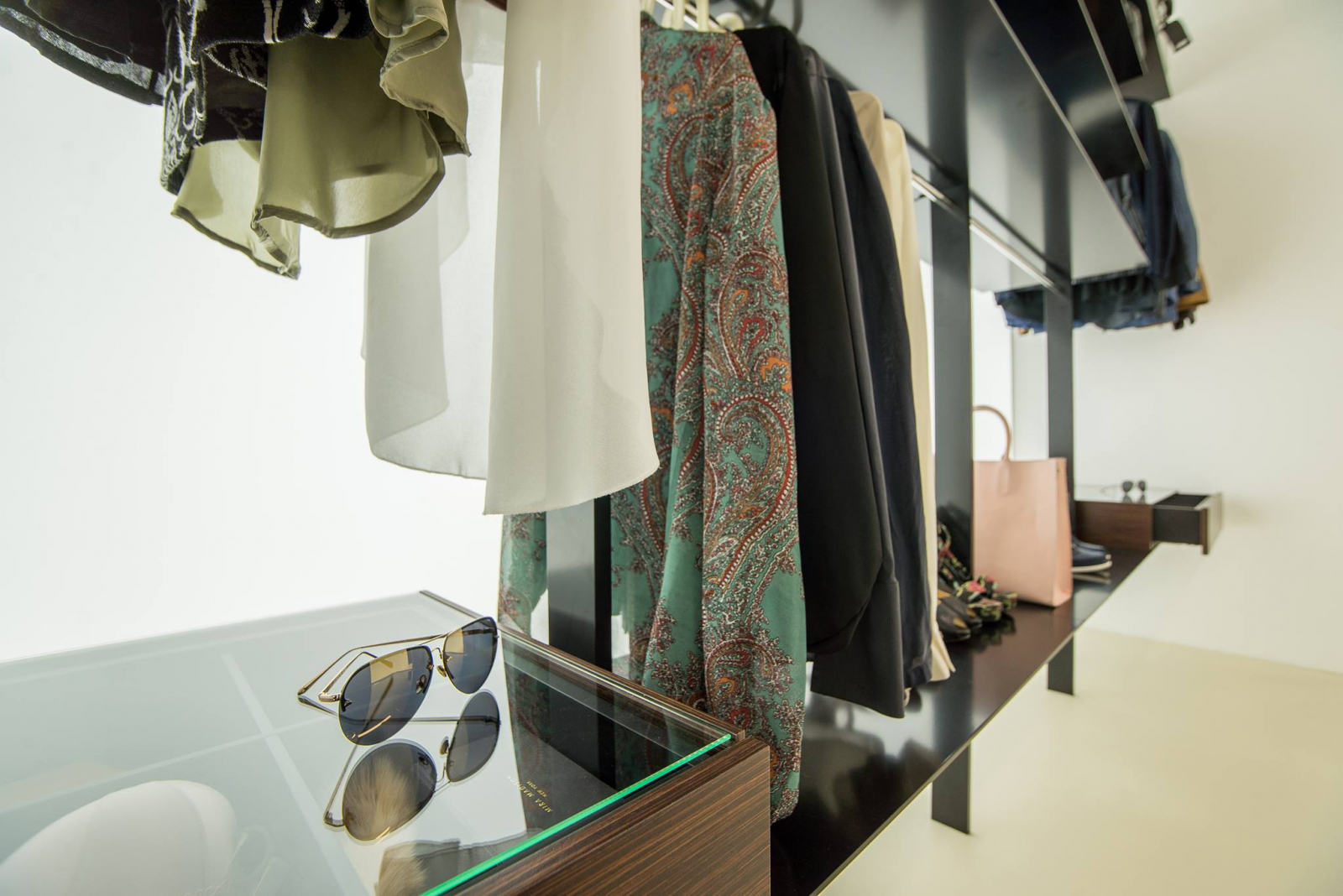 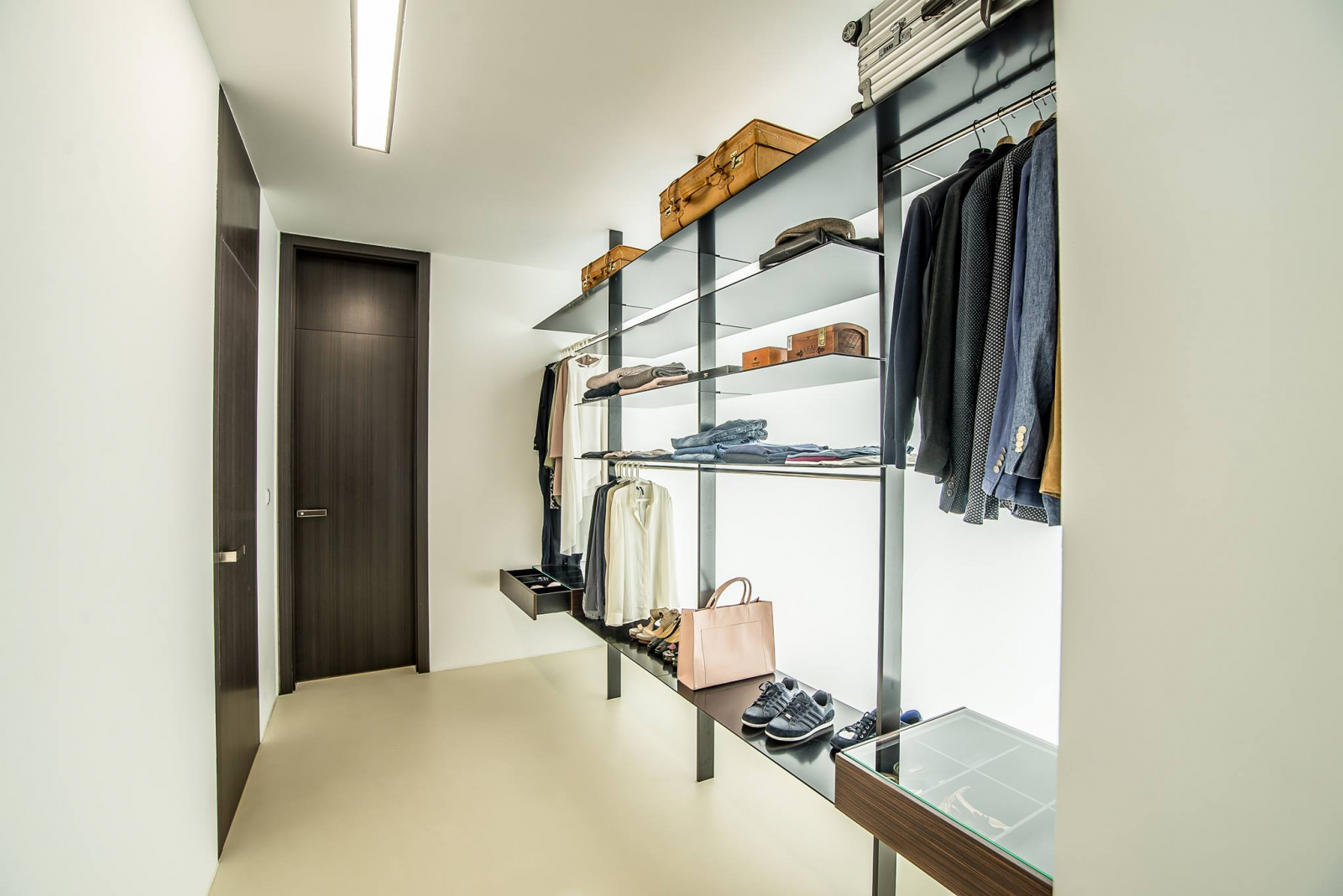 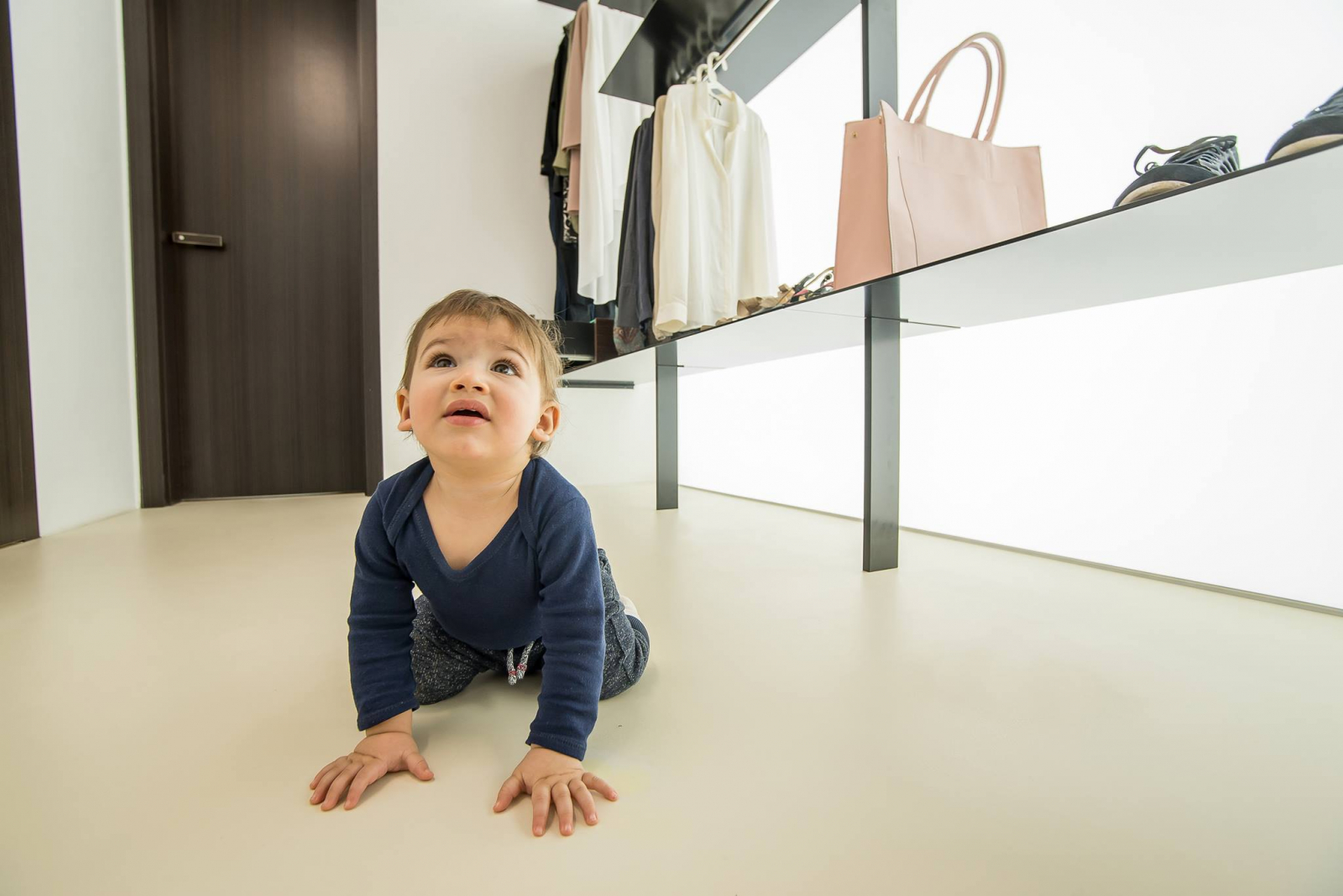 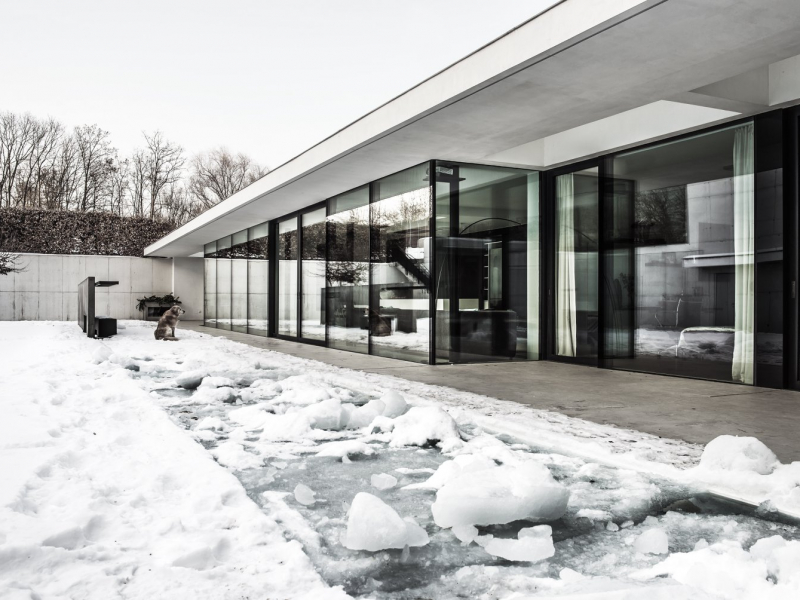 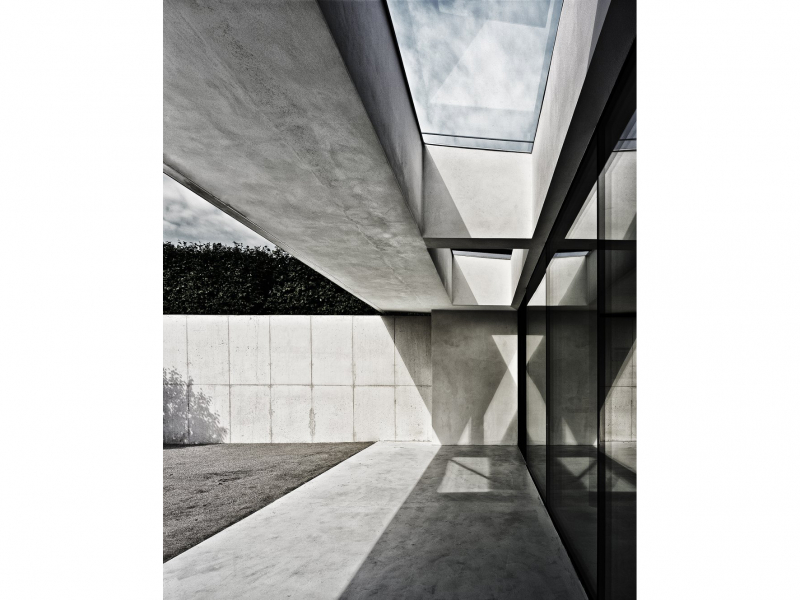 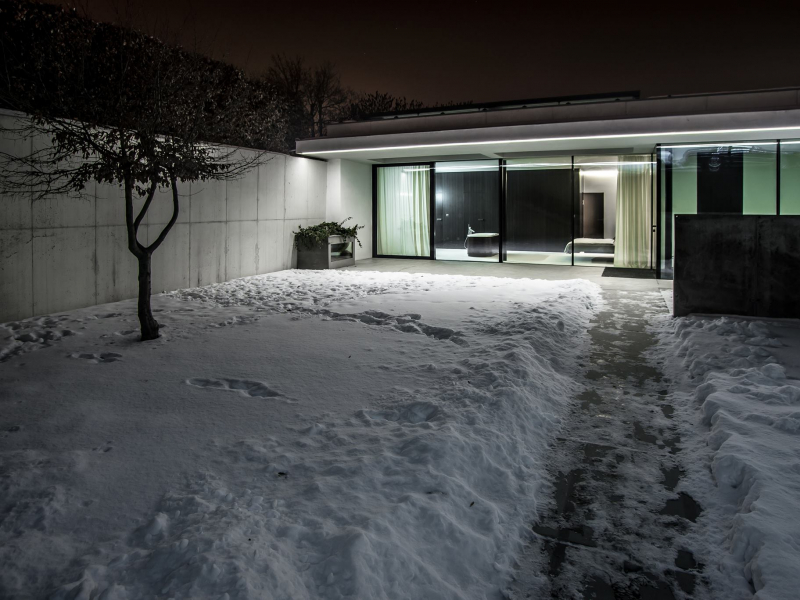 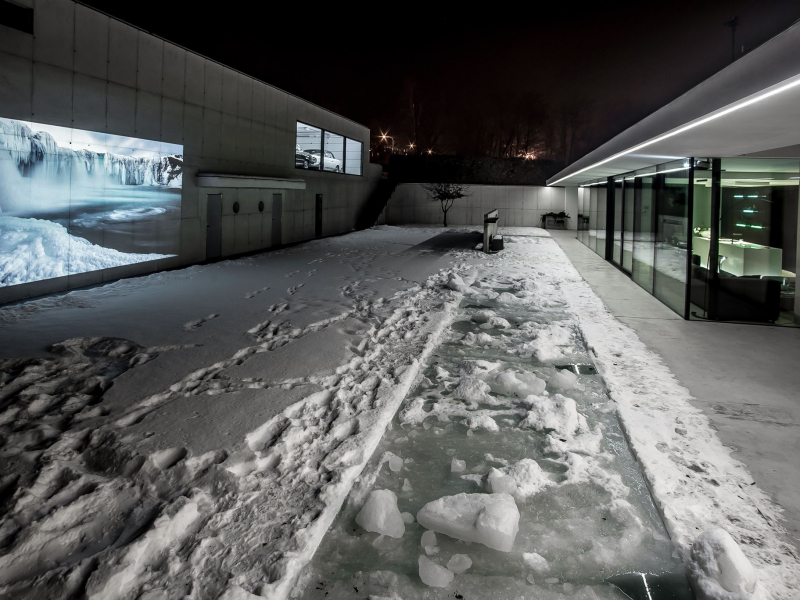 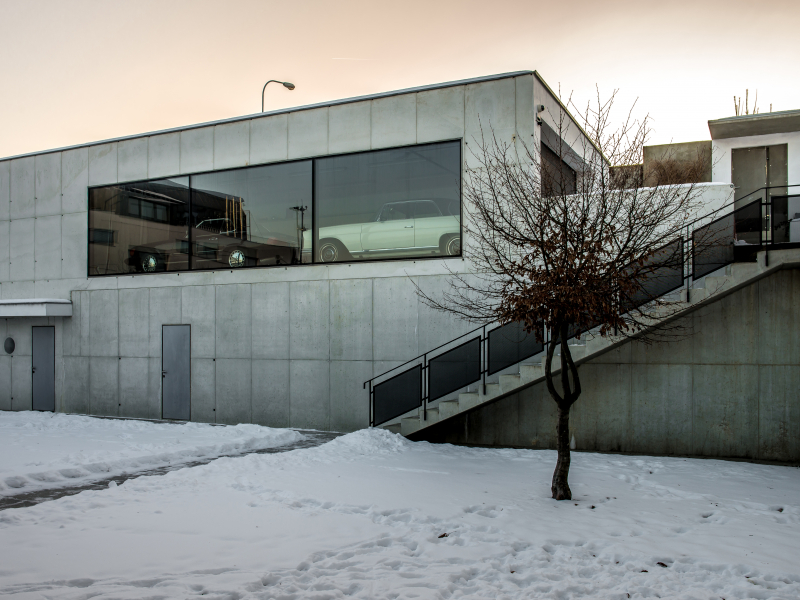 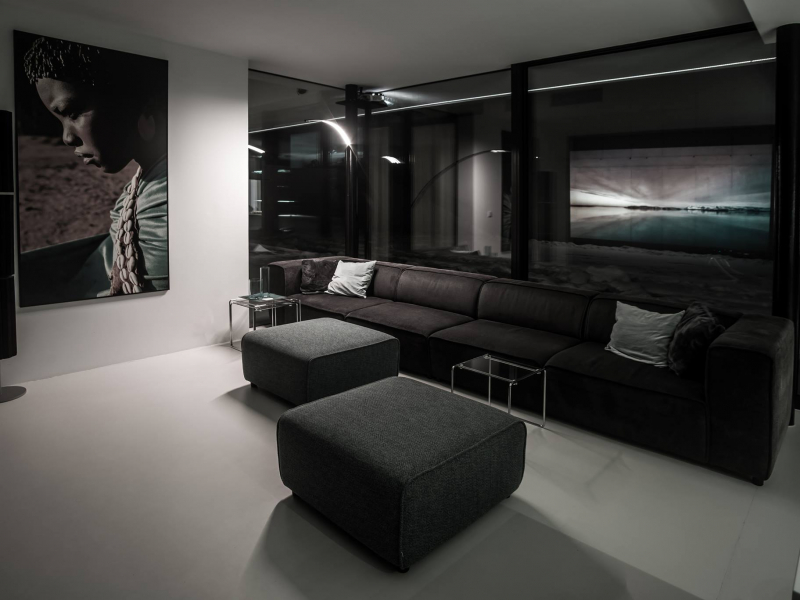 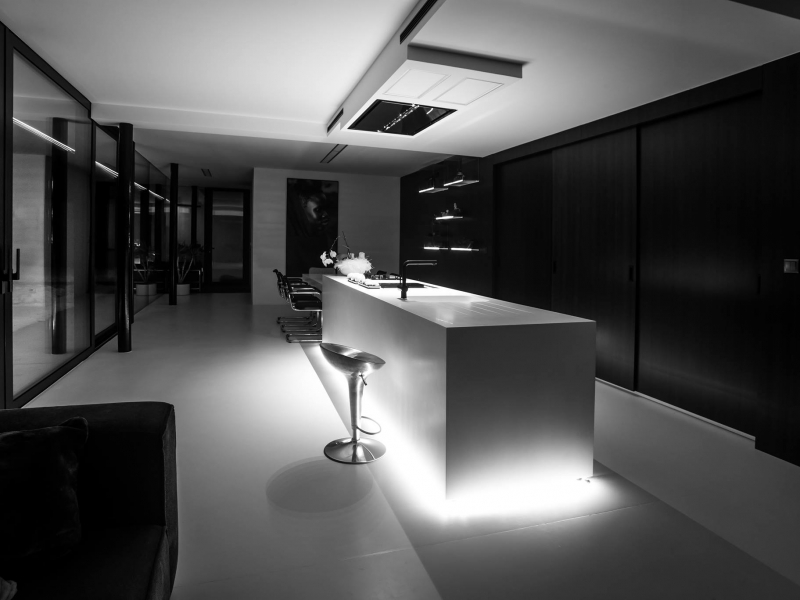 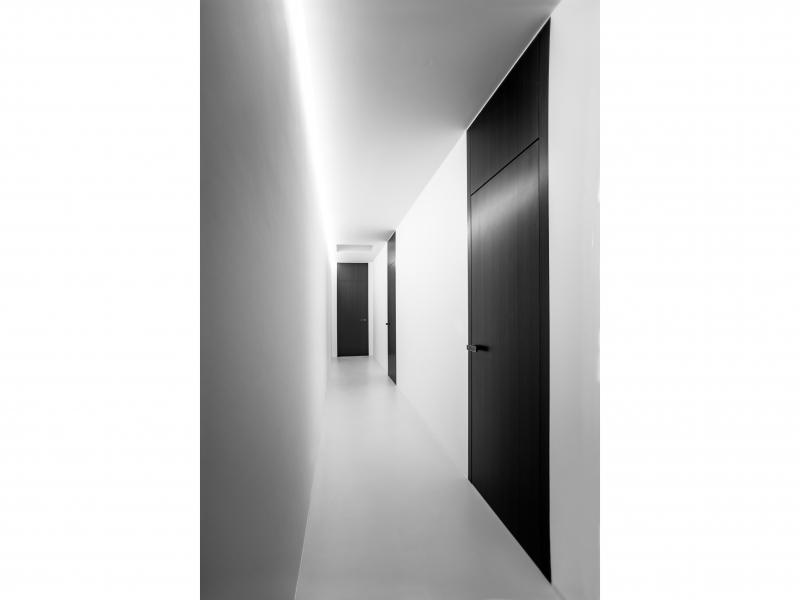 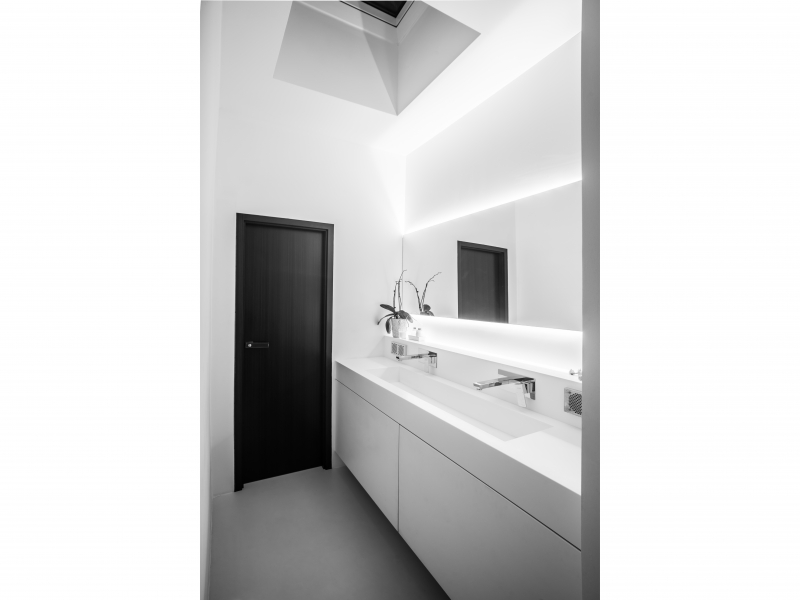 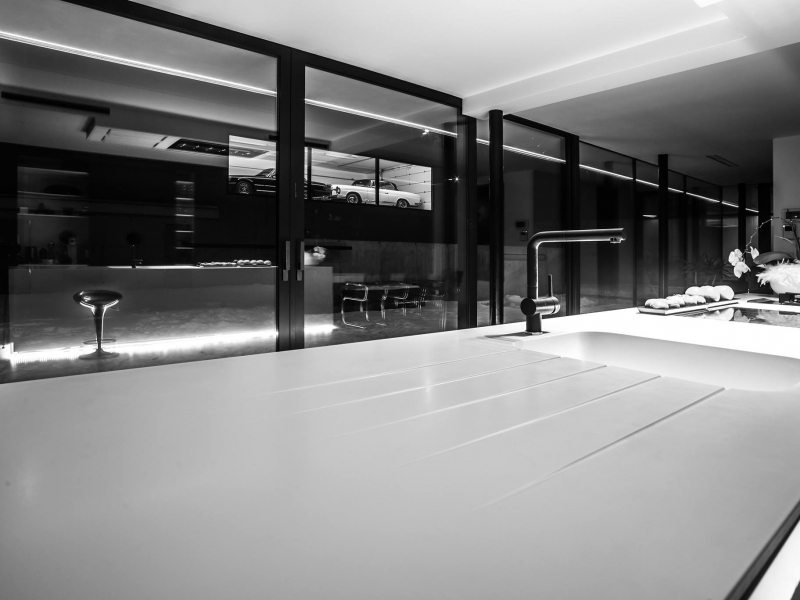 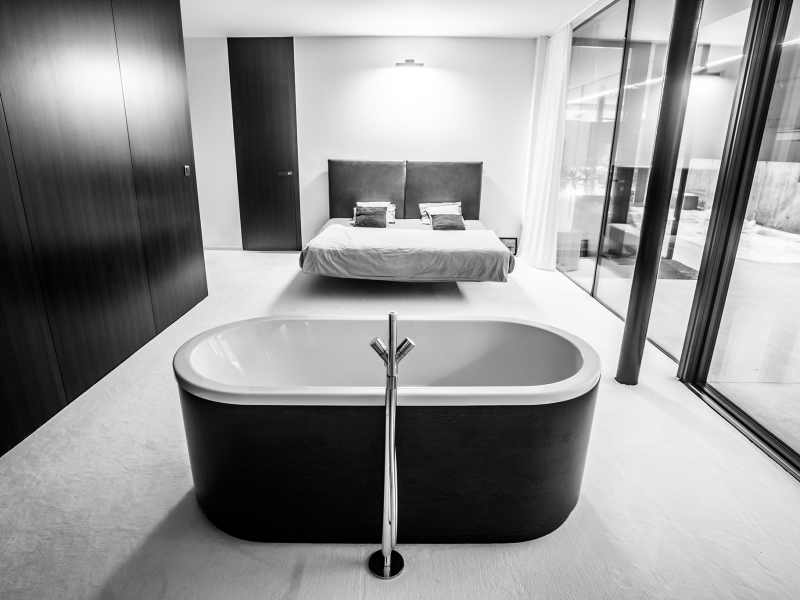 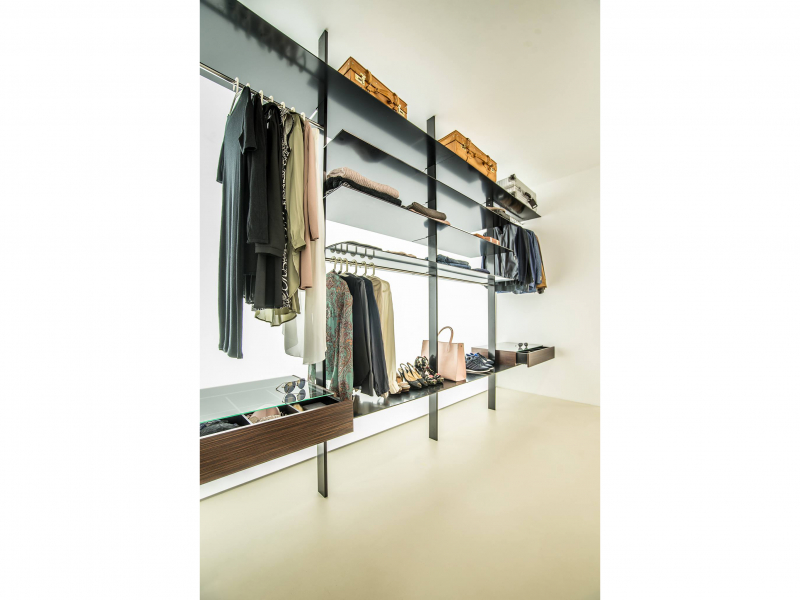 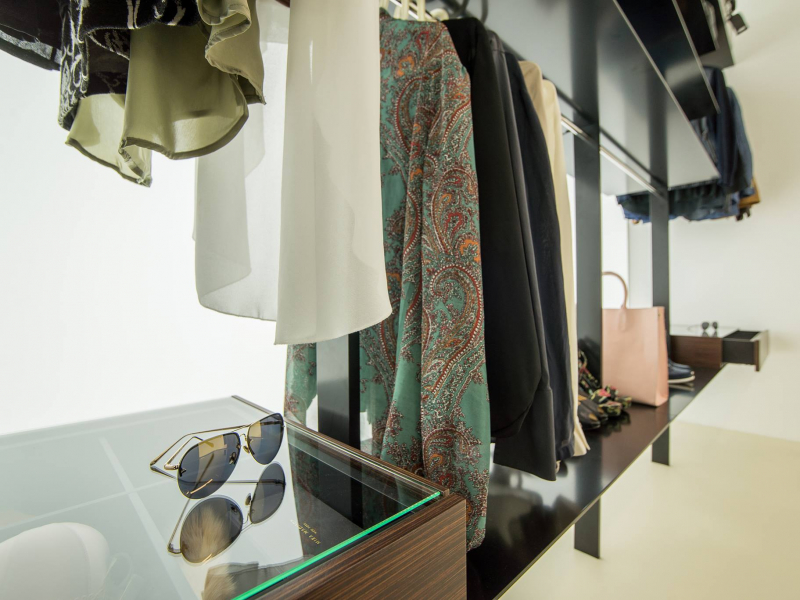 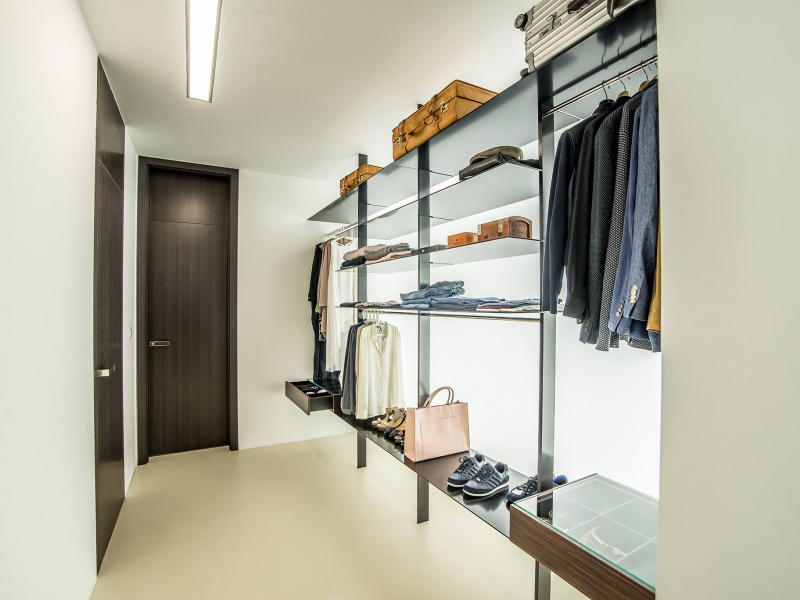 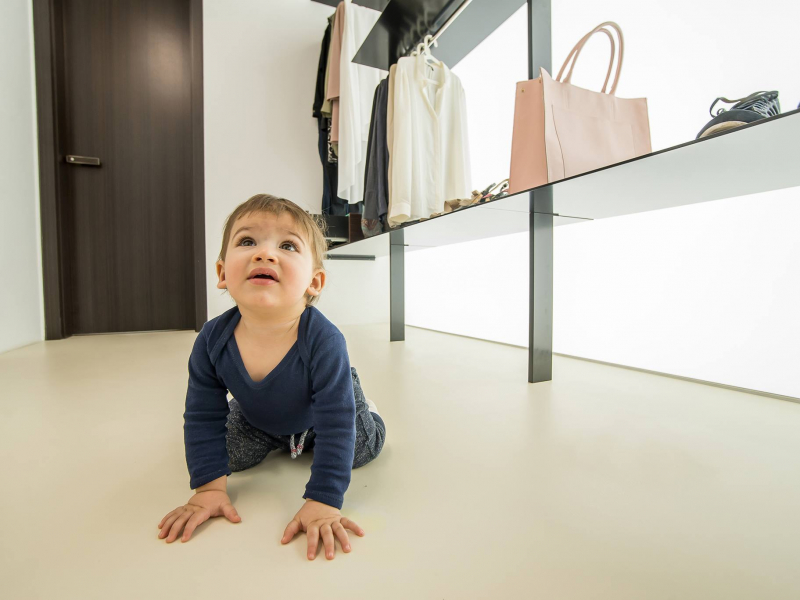