Villa in an Apple Orchard | Slovakia

The villa is located on a sloping plot above the city center. The location of the villa is influenced by the protection zone of the gas pipeline, and therefore the building is situated in the highest possible position, allowing a view of the orchards with the sunrise. Like the garage building, the villa works with a sloping terrain, into which it is partially sunk, and together with the vegetated roof it cooperates with its surroundings. The building is situated according to the cardinal directions with the greatest use of the east and west facades. The south side lets strong light into the dining room and hallway, helping to warm up the building in the winter. The northern façade, which borders the neighboring land, is then completely blind. The selection of materials was also subject to a gentle intervention in nature. The building is lined with brick strips in a sand shade, aluminum windows are lined with chambranles made of unpolished plaster. The brick walls hold a wooden beamed ceiling, which is a distinctive interior motif of the building.

After passing through the entrance gate, a subtle sidewalk made of perforated concrete panels is revealed, through which grows the greenery. This path is lined with healthy trees from the former orchard, which is in greater numbers preserved and completes the atmosphere of the place. On the way to the house, a classically arranged façade is revealed, reflected in a lake framed by a Cubist plinth, identical to the main terrace of the house. Next to the entrance there is a dilated shelter for parking. From the entrance hall of the house, the visitor gets to the utility room with the passive-house equipment and the space for storing sports equipment. In the second separate hall there is a direct access to the washbasin with toilet, main bathroom, and guest rooms. The most interesting element of the building is the open space with kitchen, dining room, living area and hallway with storage space, which is functionally designed for collective coexistence. The largest French double-glazed windows are located in this area, which can open to the east-slope terrace in summer. In contrast, there are 4 identical, and one master bedroom with bathroom, which use a pleasant western light. 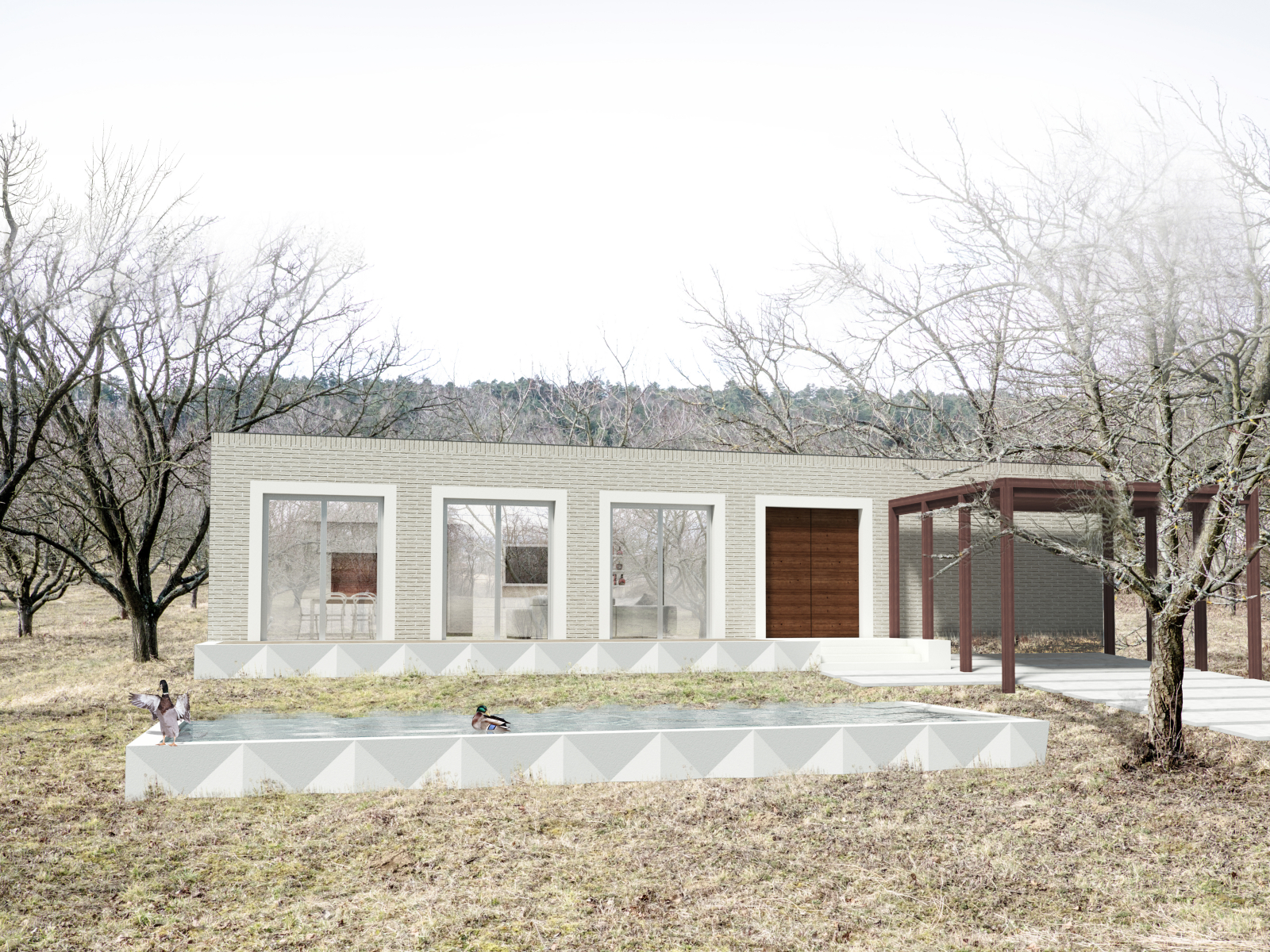 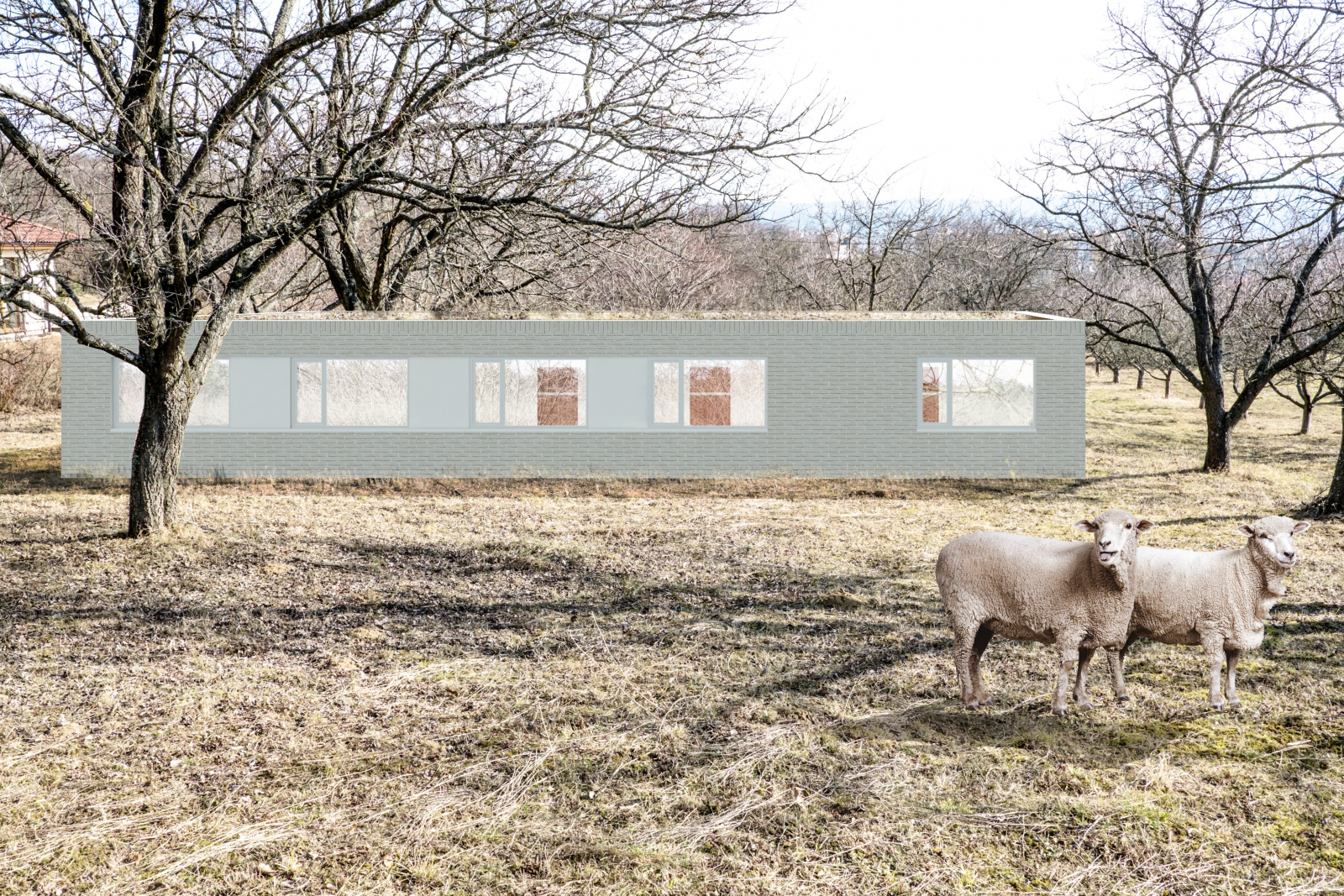 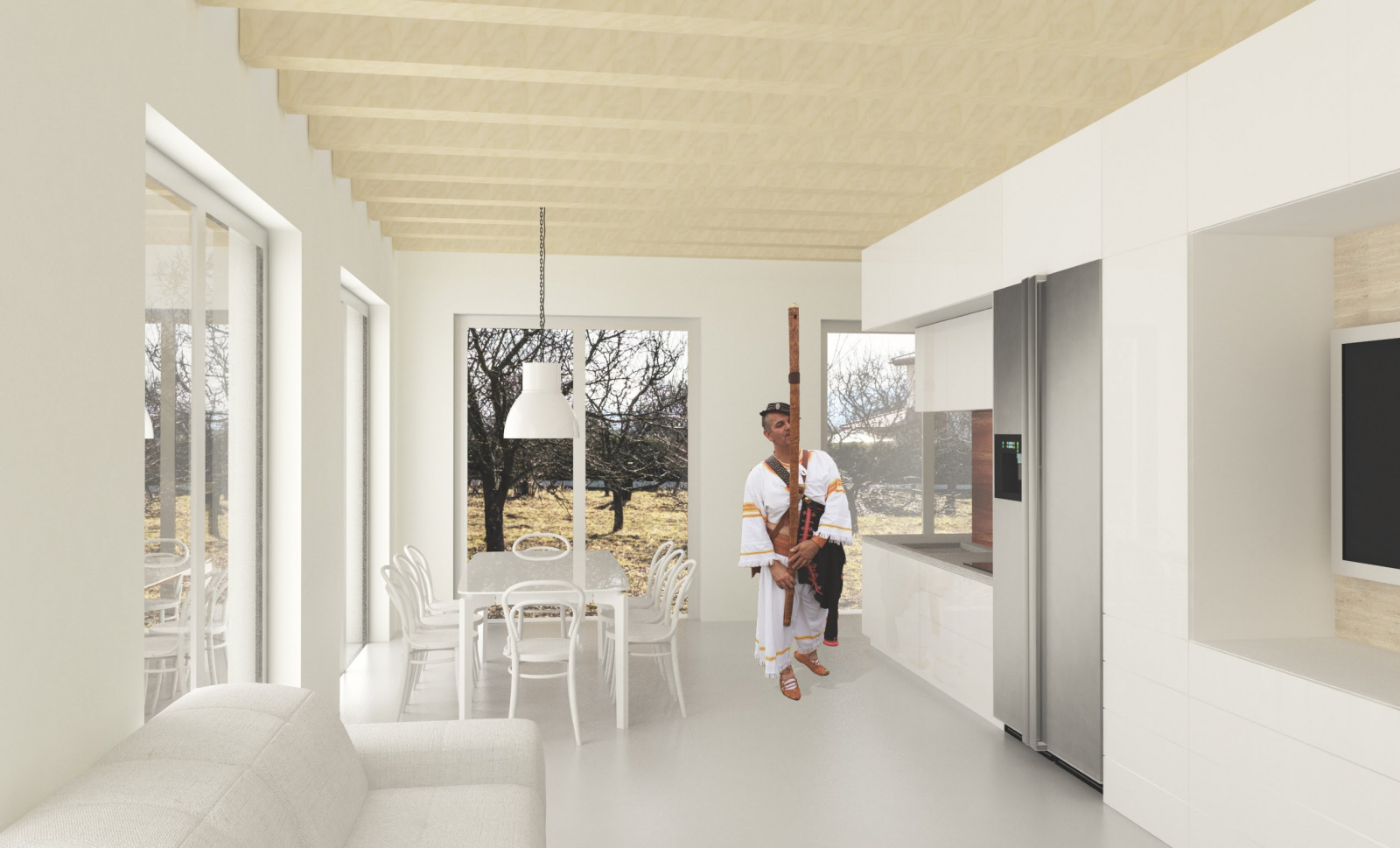 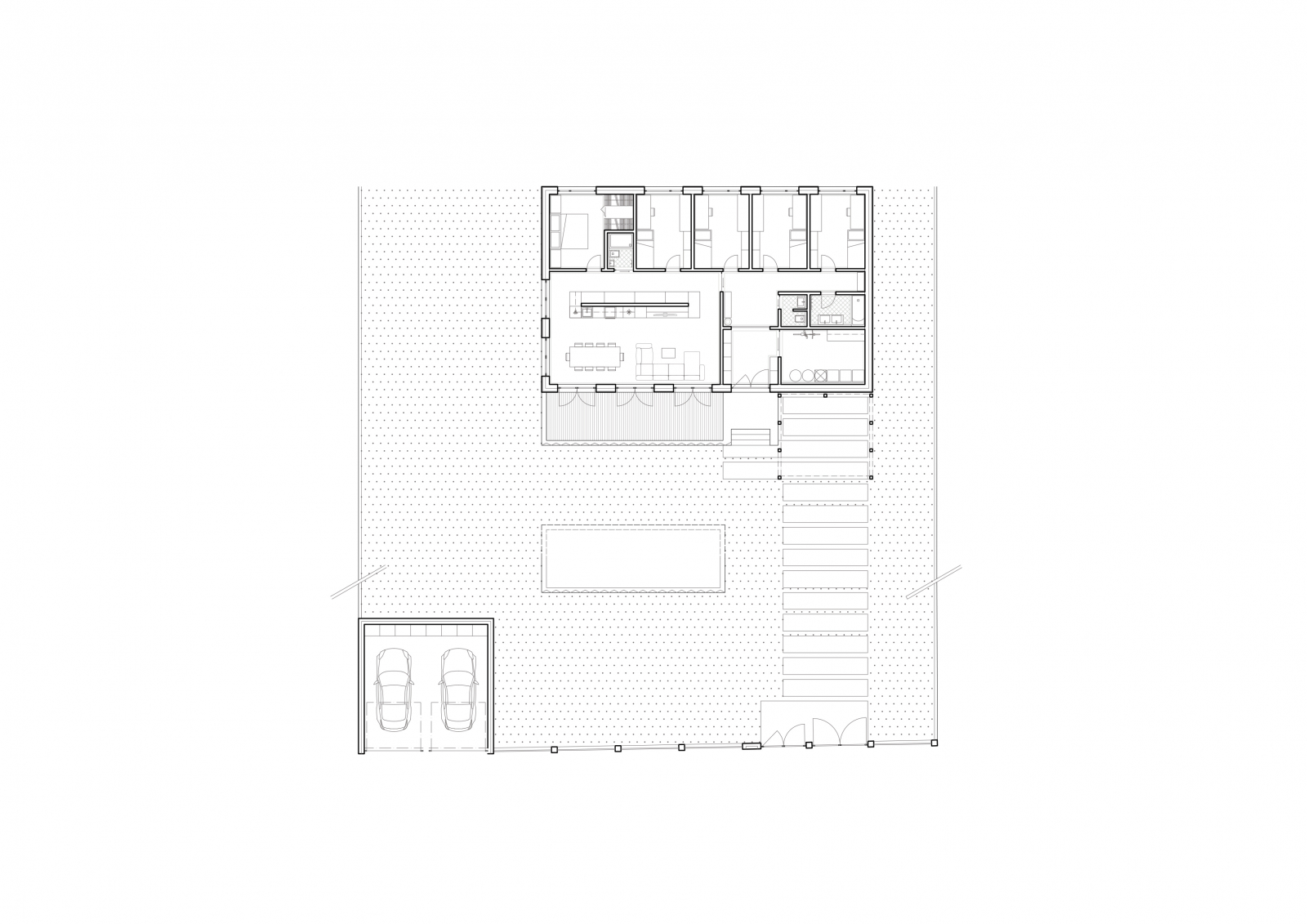 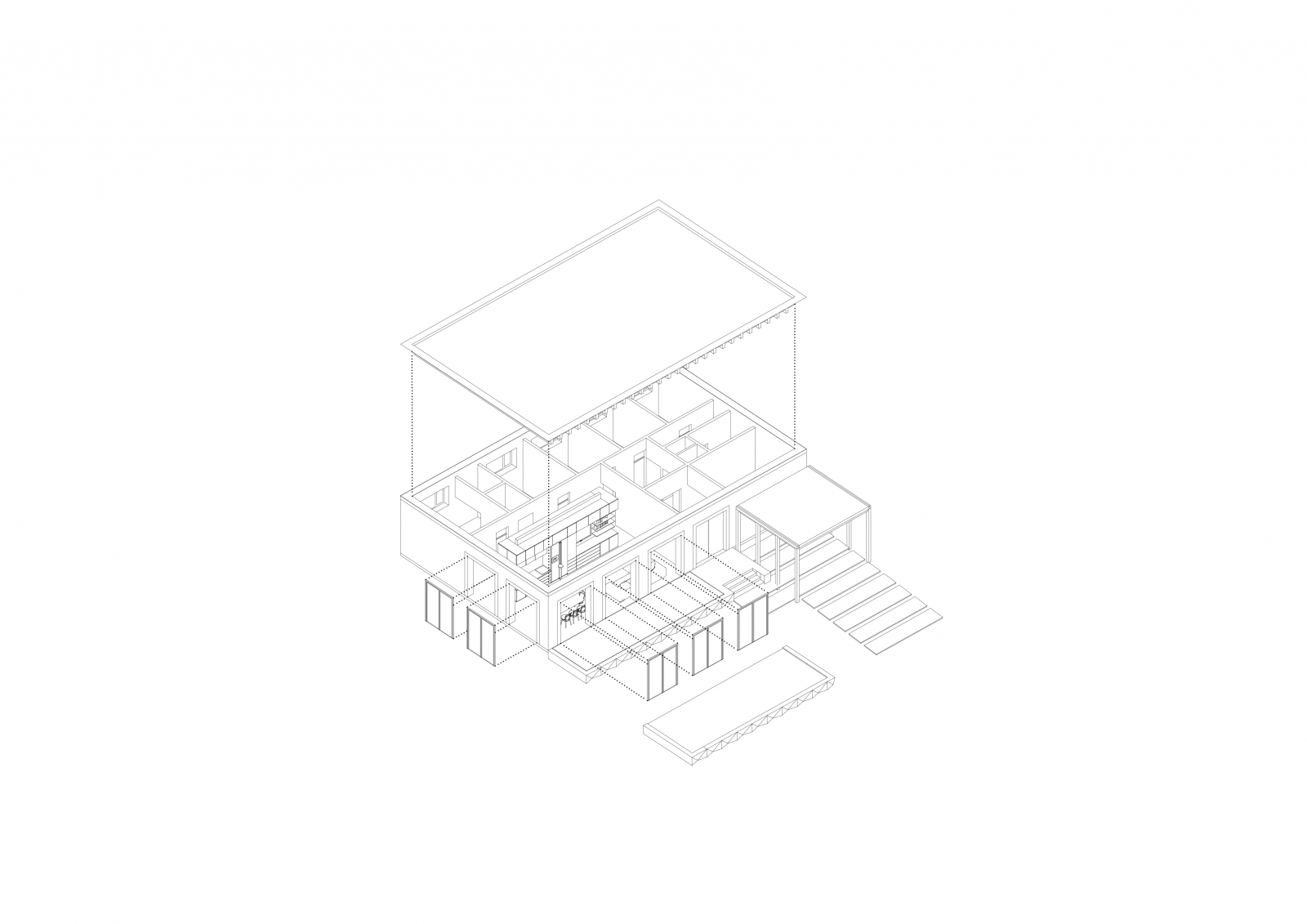 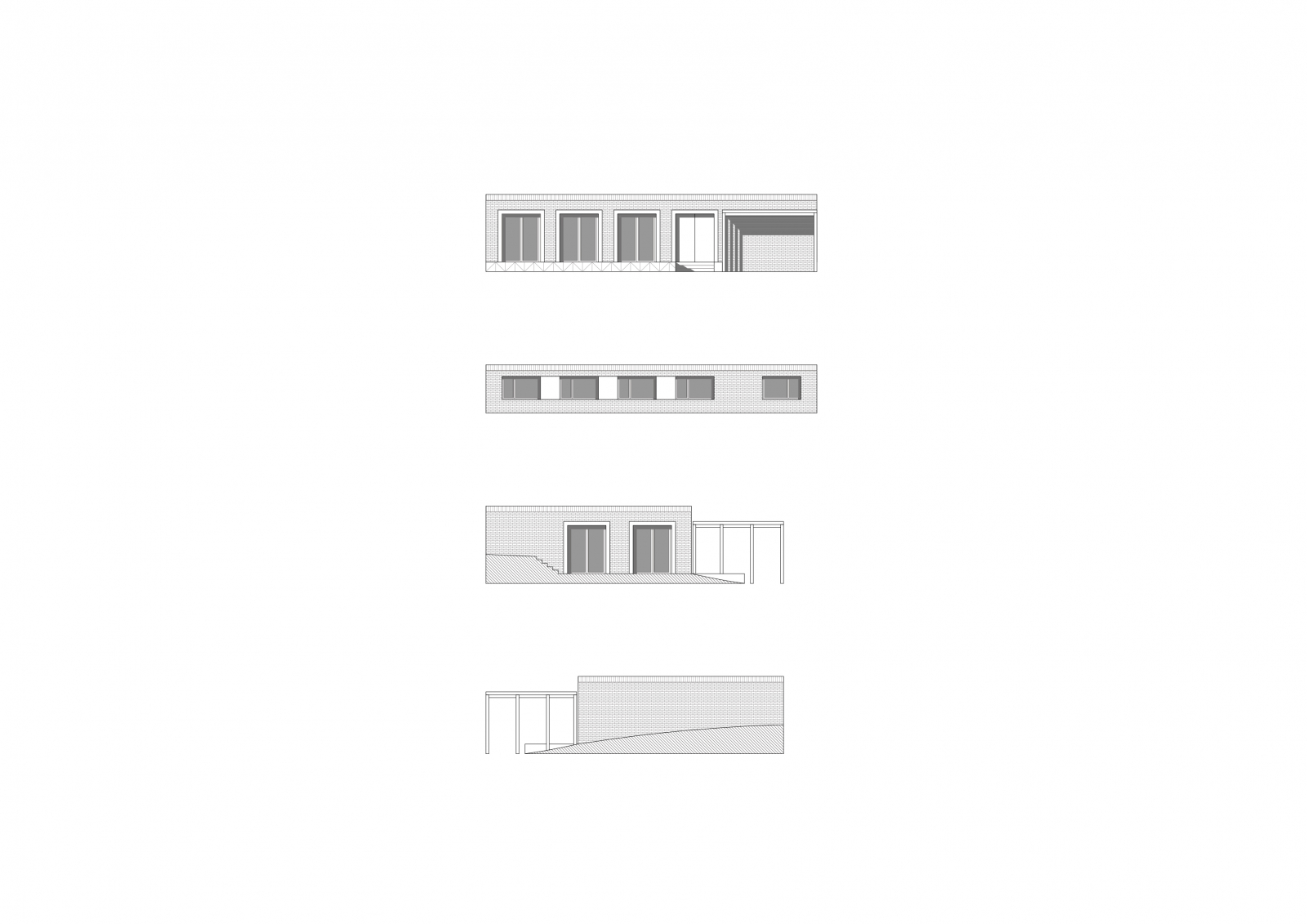 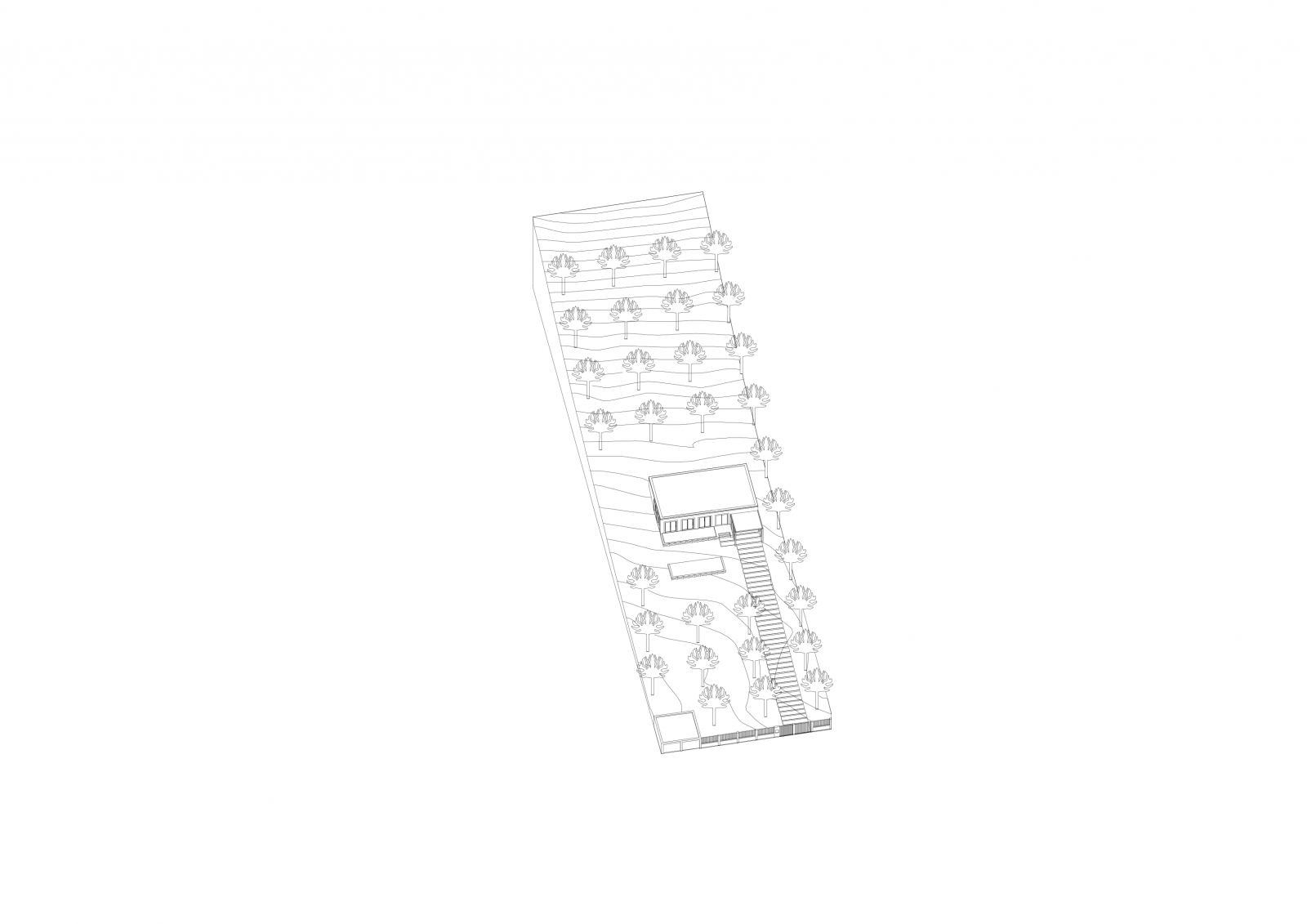 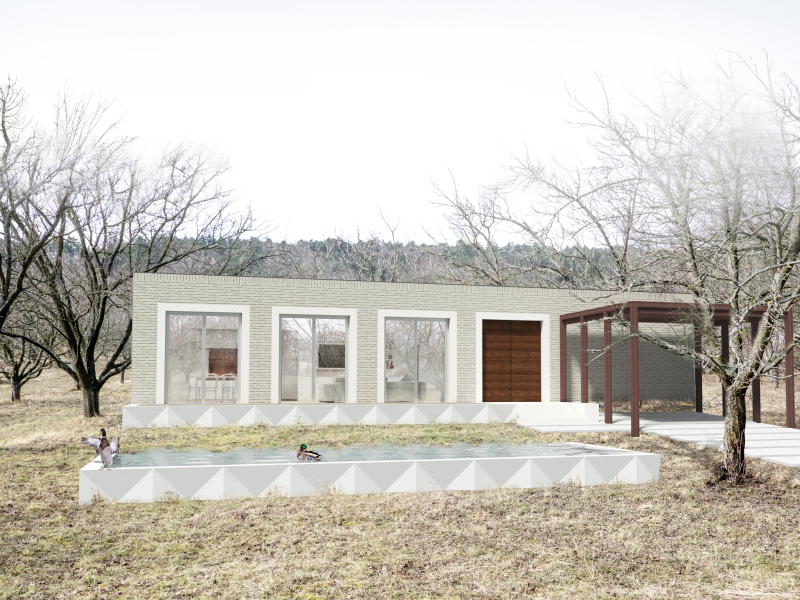 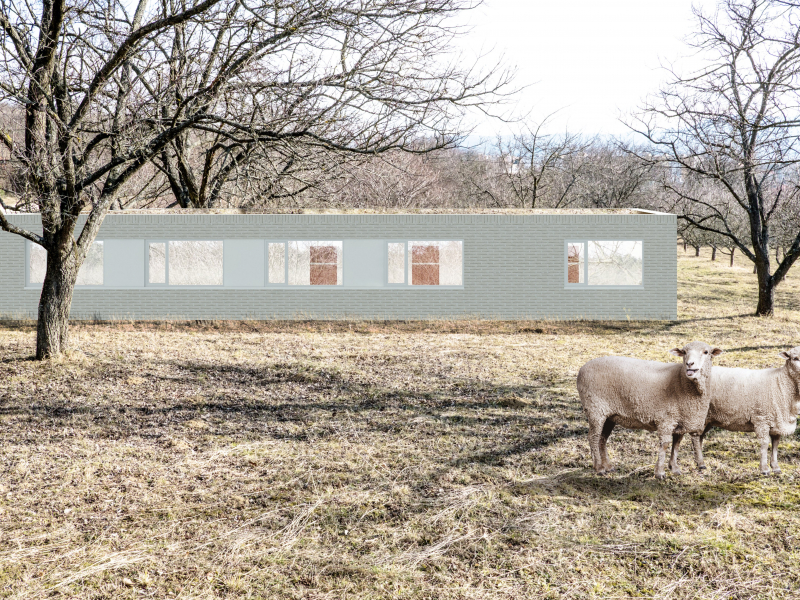 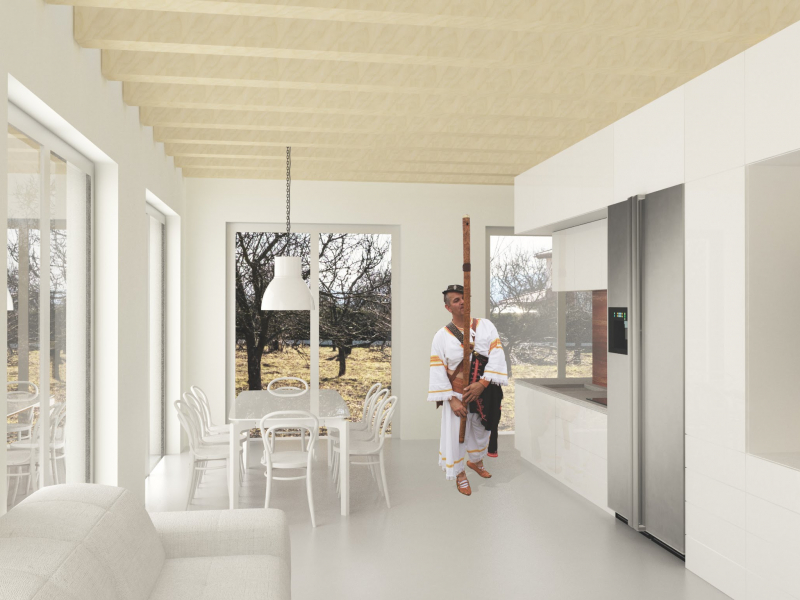 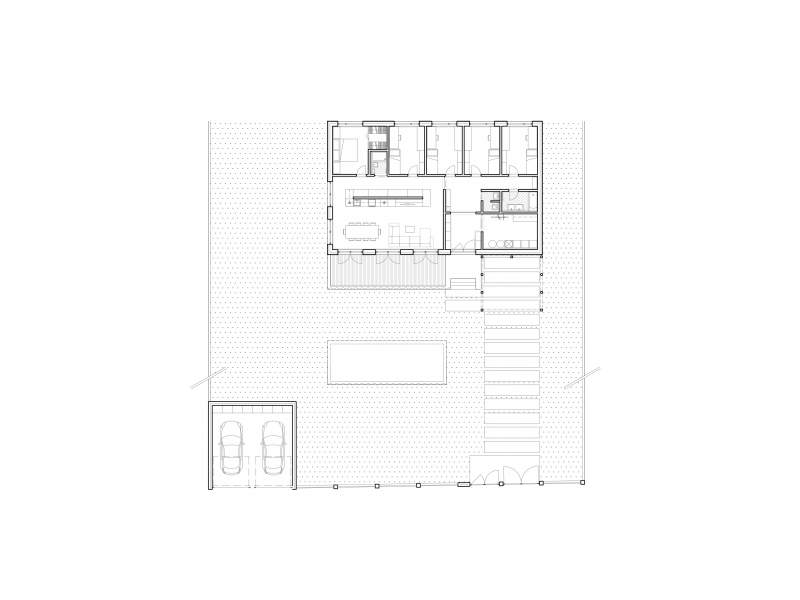 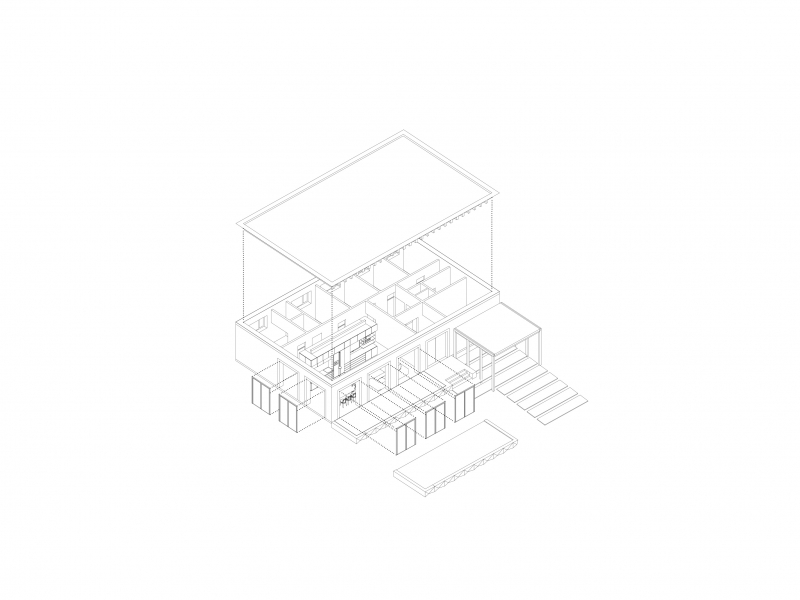 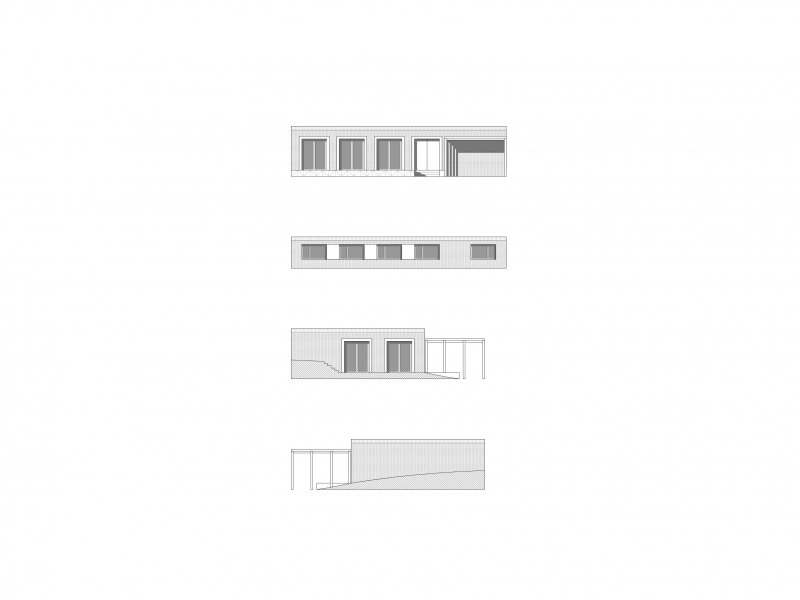 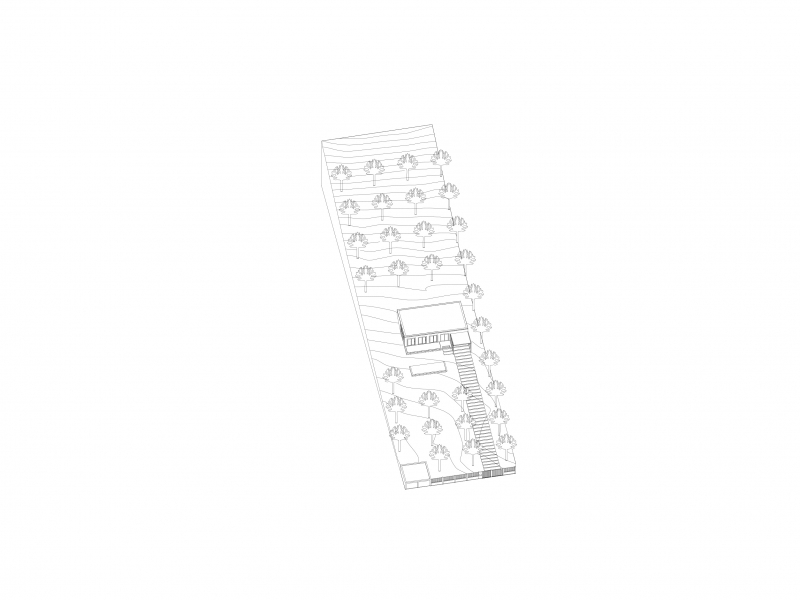