The investor’s task was to create a minimalist, maintenance-free living space opening into an inner atrium with a water surface and sufficient space to store a private collection of veterans. The flat plot, adjoining the existing barn building, is located on a longitudinal plot, a traditional Moravian row village, built along the main road. The newly designed building, together with the existing barn building, forms the mass of the block opened into the newly created atrium. The whole group of buildings is bypassable and subsequently fenced, with the exception of the southern and western access gates. The whole building is followed by a row of vineyards, which is lined by the driveway. The residential part of the house is located in the northern part of the plot, where the southwestern living rooms are open to the newly created atrium with a suspended roof, forming a “peak” protecting the house from overheating in the summer months. The proposed layout includes two bedrooms with separate bathrooms and a spacious living room with kitchen. The living area is connected to the entrance hall, cloakroom, utility room and bathroom for the materially protruding wing of the house in the shape of L, which contains a wellness area and a men’s lounge. The southern part of the plot is built up with a garage, which is glazed towards the atrium. For living spaces, it creates a spectacular view of parked veterans, with an effective reflection of the water level of the adjacent habitat. The last side of the atrium is closed by the existing barn building to which the house is attached. The overall concept is based on achieving intimacy with modern elements of minimalism and the use of natural materials such as stone, water, wood, concrete and glass. Everything is harmonized in light shades of white and gray with chrome details to highlight the quality natural materials used here. The dominant feature of the atrium is a stone wall set in the habitat, dividing the entire space and thus creating a private part of the garden, adjacent to the master bedroom. 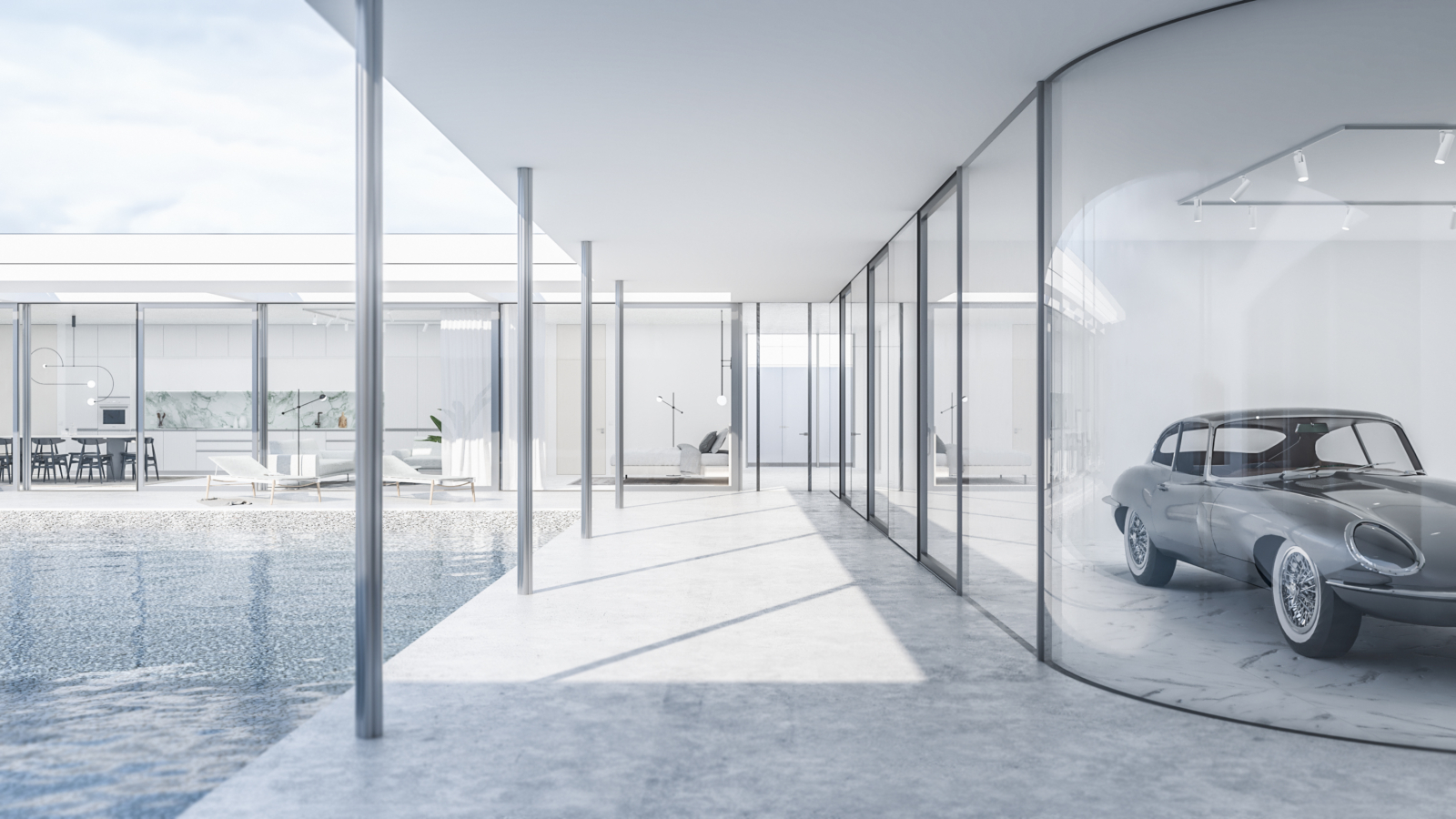 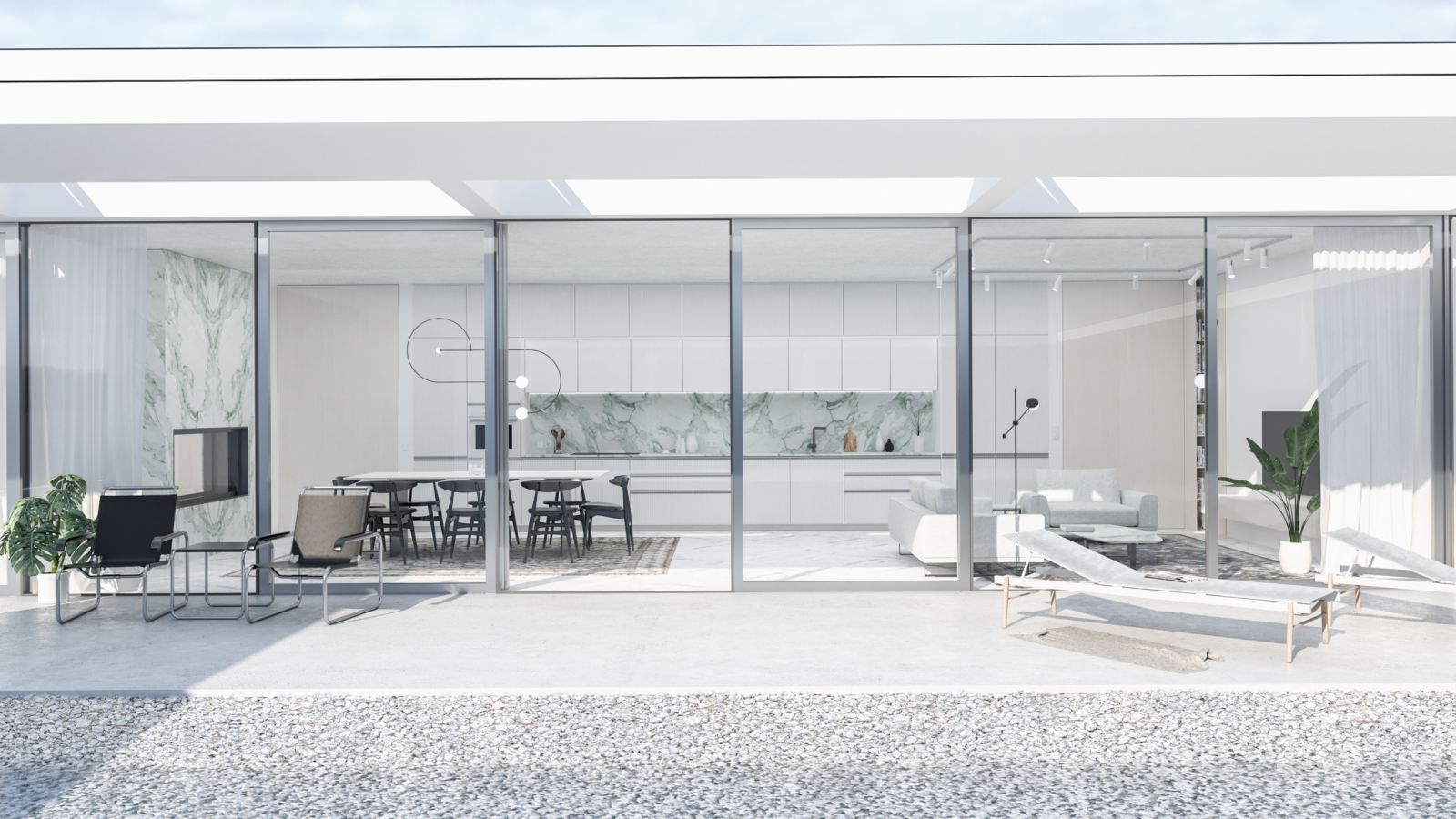 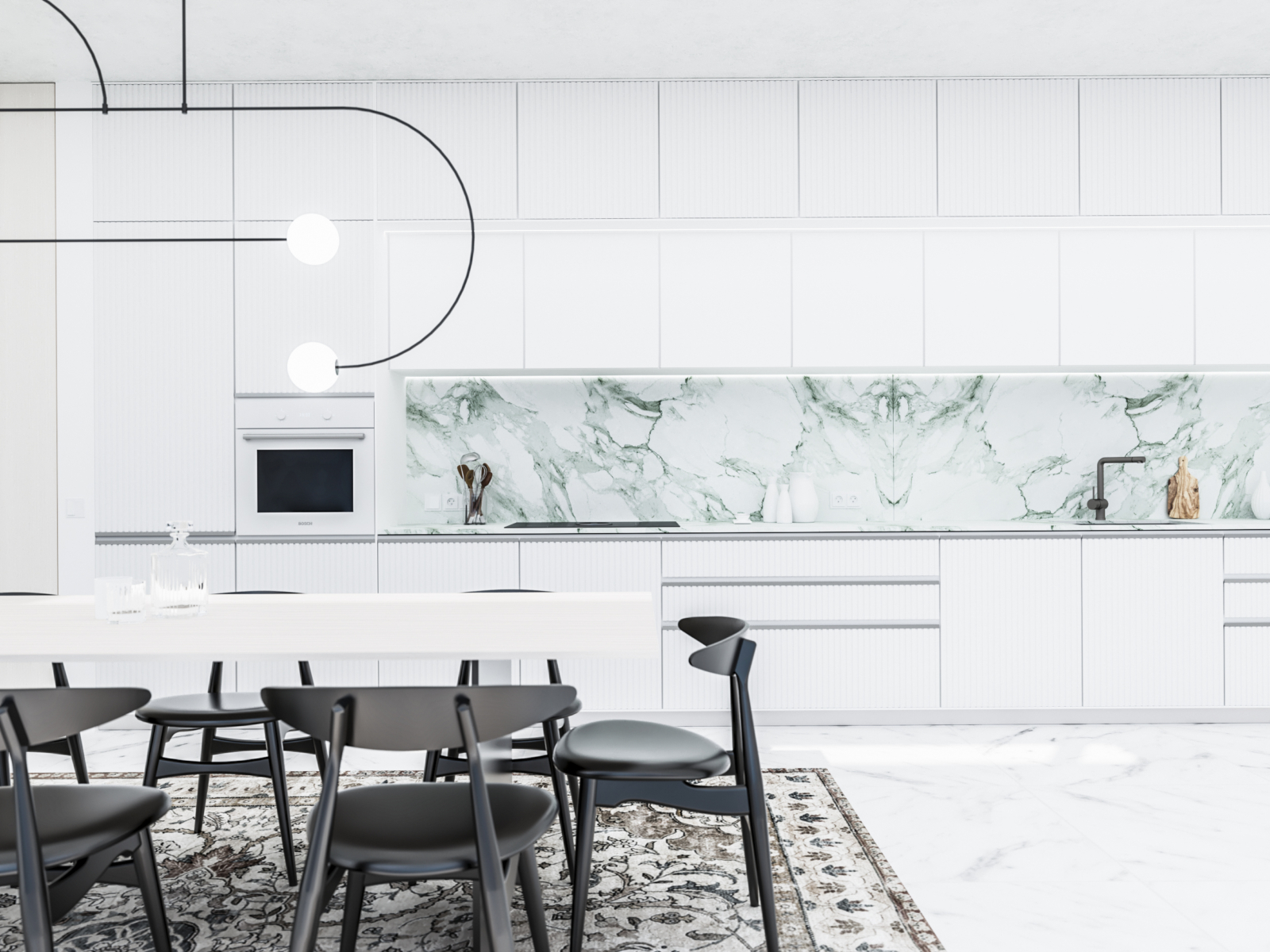 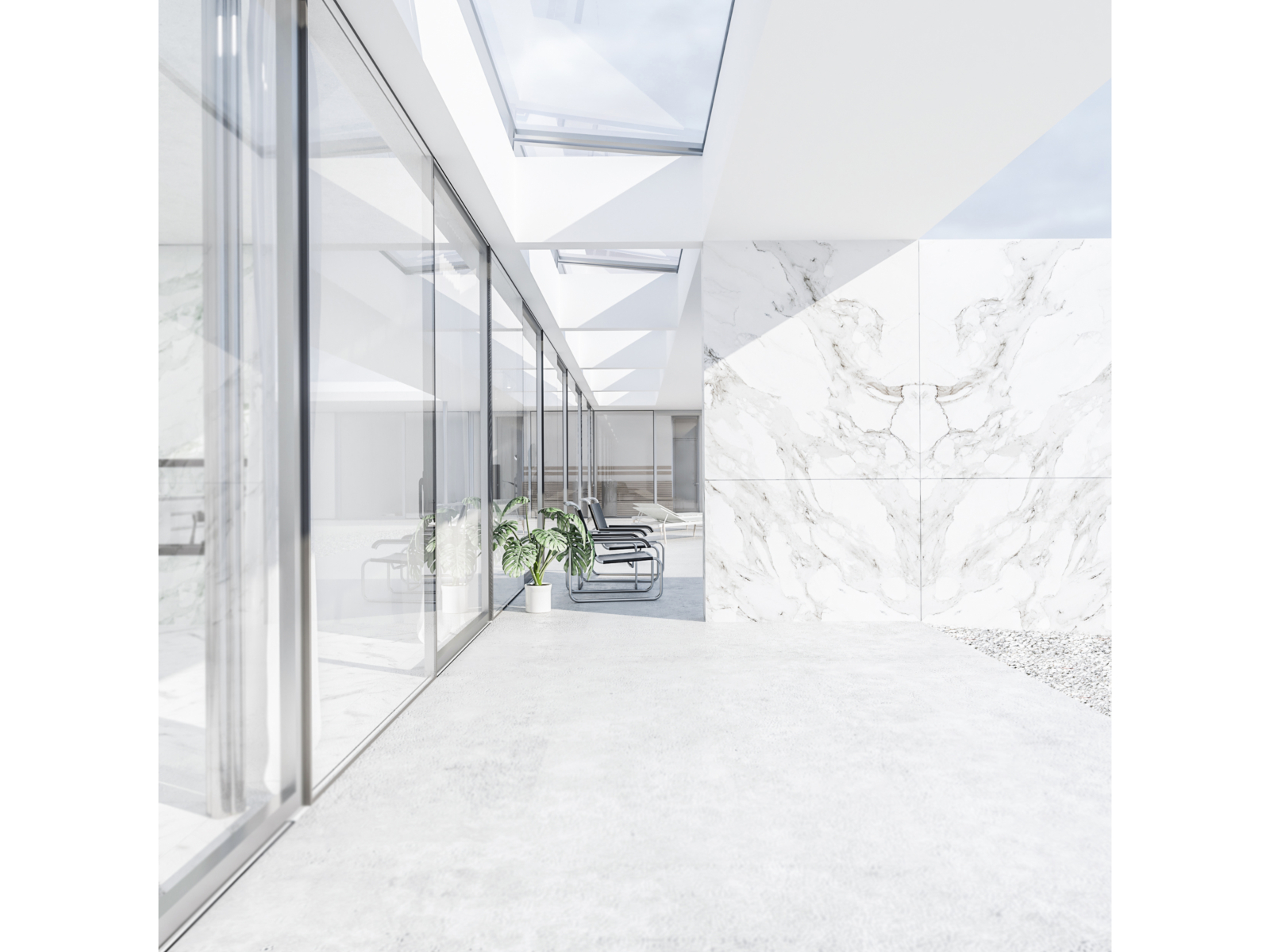 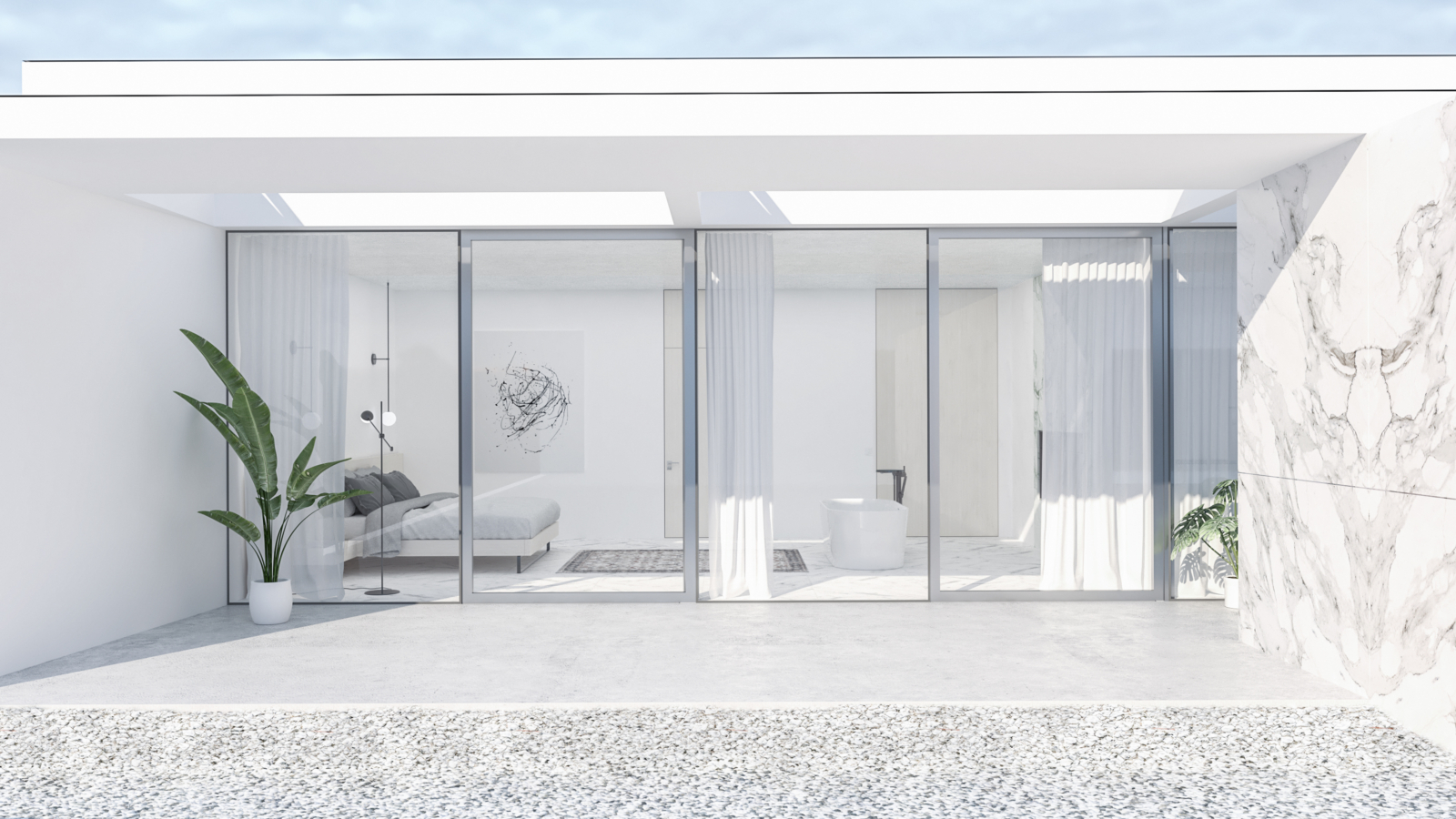 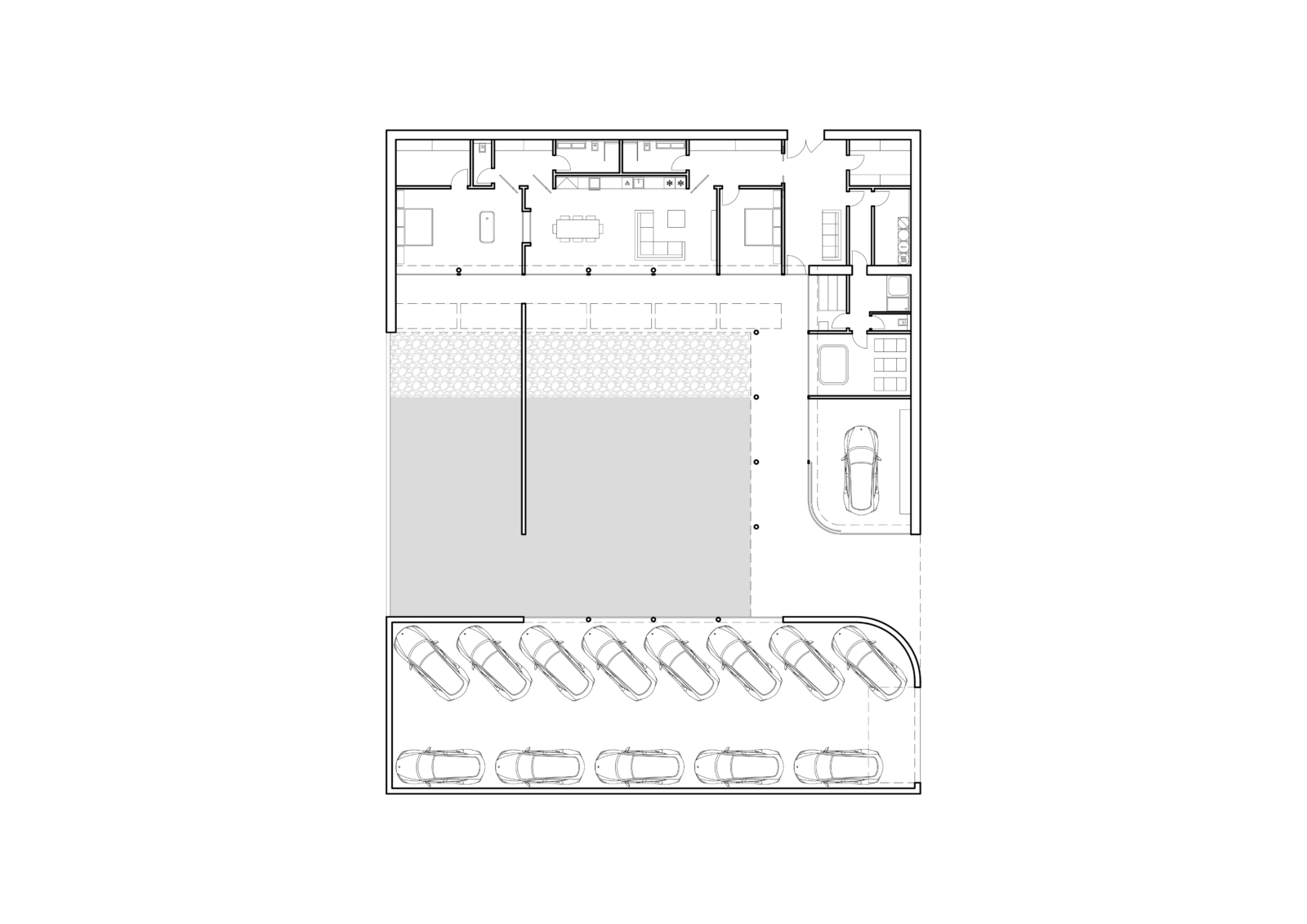 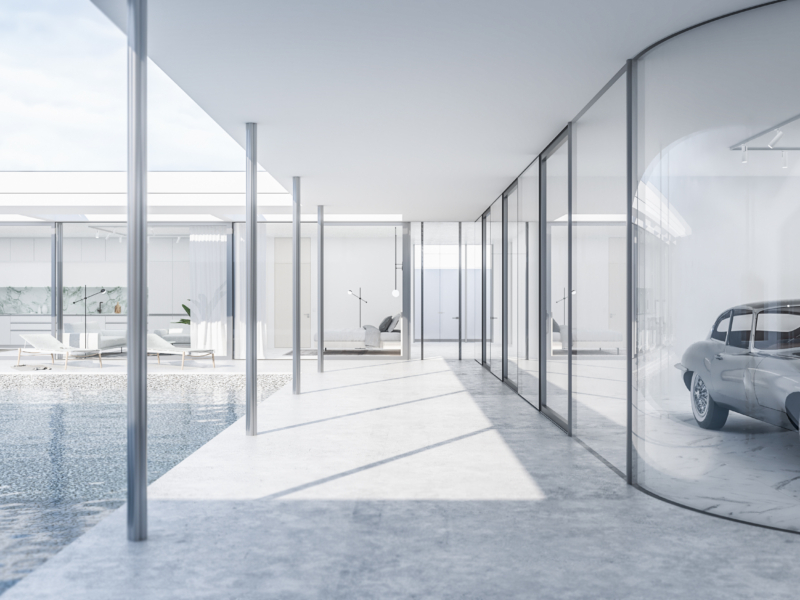 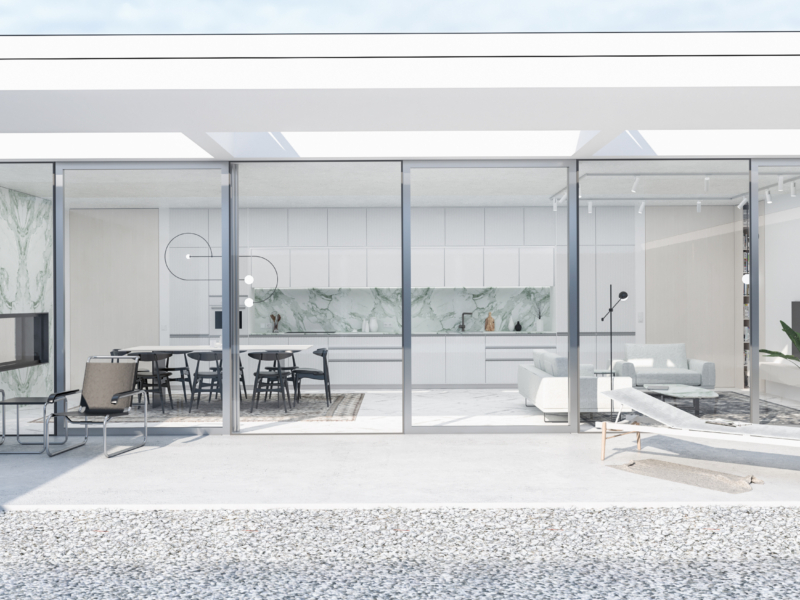 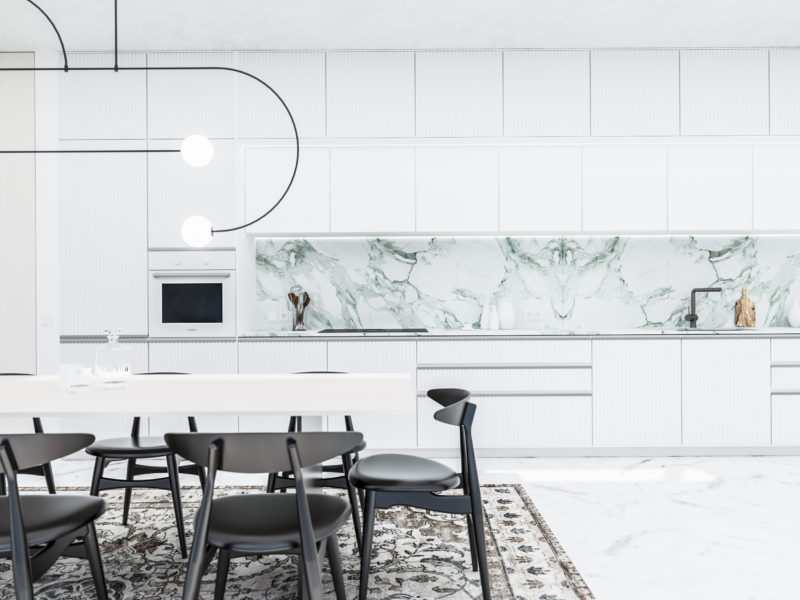 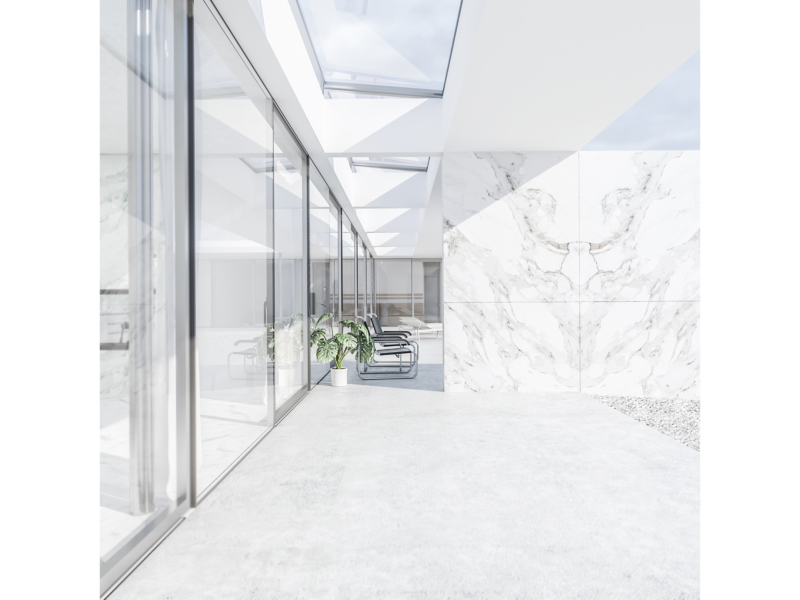 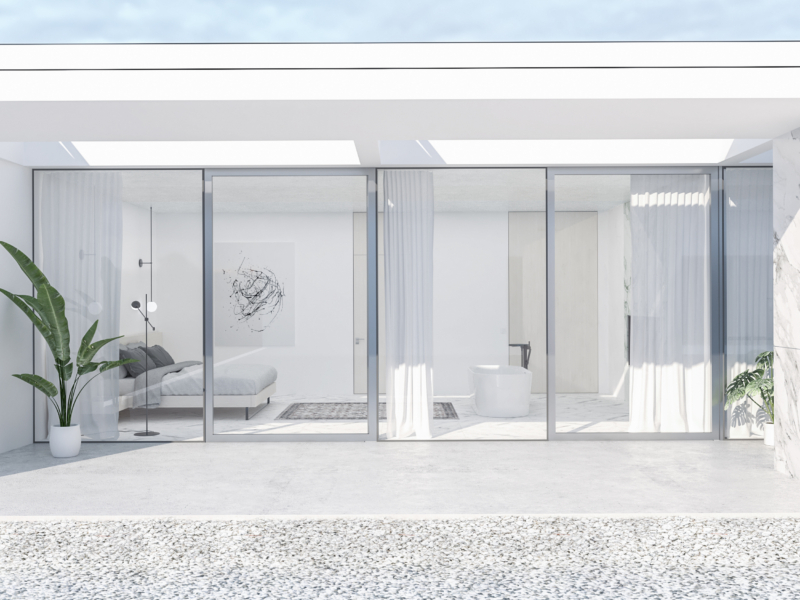 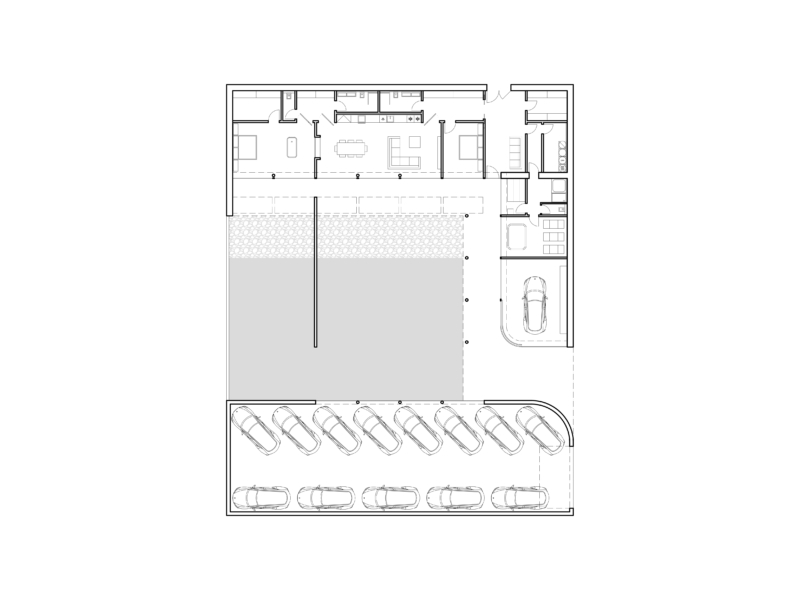