Our office was approached by the investor for a variant elaboration of an already prepared study, which was to obtain a new unifying visual according to the wishes of the married couple. In addition, the assignment was affected by the almost completed rough construction and the changes that were made compared to the original project.

In essence, it is typologically a large villa located on the contour of the descending terrain. The area of ​​the plot already includes several additional buildings to the villa, such as the border building of the gatehouse, the building for a garage or a guest house. The mass of the indoor swimming pool and the wellness is copied into the mass of the cottage, and in our embodiment this connection of the masses is expressed by the intersection of two sloping roofs. At the intersection of the slopes there are also strip windows illuminating the truss made of glued trusses. One slope also covers the spacious terrace, protecting the modular set of windows, offering a view of the landscape.

Due to the nature of the assignment, the material palette that we used to design the exterior was important to us. As a facade cladding, we designed a ventilated, durable alpine cladding, stained in a dark green color. A batten is nailed at the joint of such cladding, which covers the given joint, increases durability and adds plasticity to the façade. We designed traditional wooden shingles as the roof covering and all plating elements, such as railings made of welded web, are made in a brass shade. The fillings of the openings are frameless wood-aluminum windows with central doors, which are an important interior motif and at the same time a dispositionally advantageous solution in terms of furniture placement. The local lime stone, laid according to the investor’s wishes by the Cyclopean masonry system, will be used as the cladding for the plinth of the entire building. The windows to the bedrooms can be completely closed thanks to wooden shutters, which can be open during the day into pockets prepared in the cladding of the house. 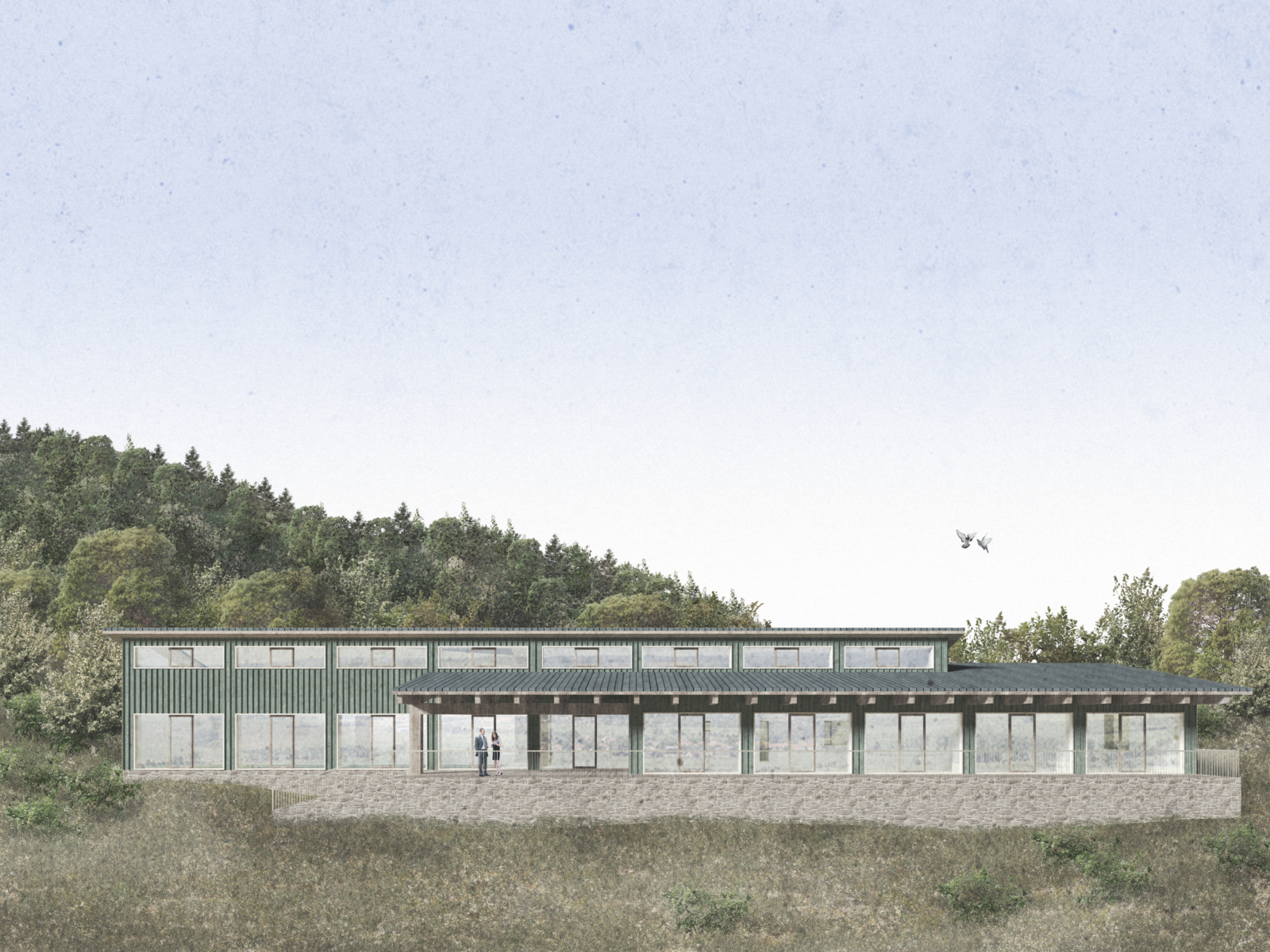 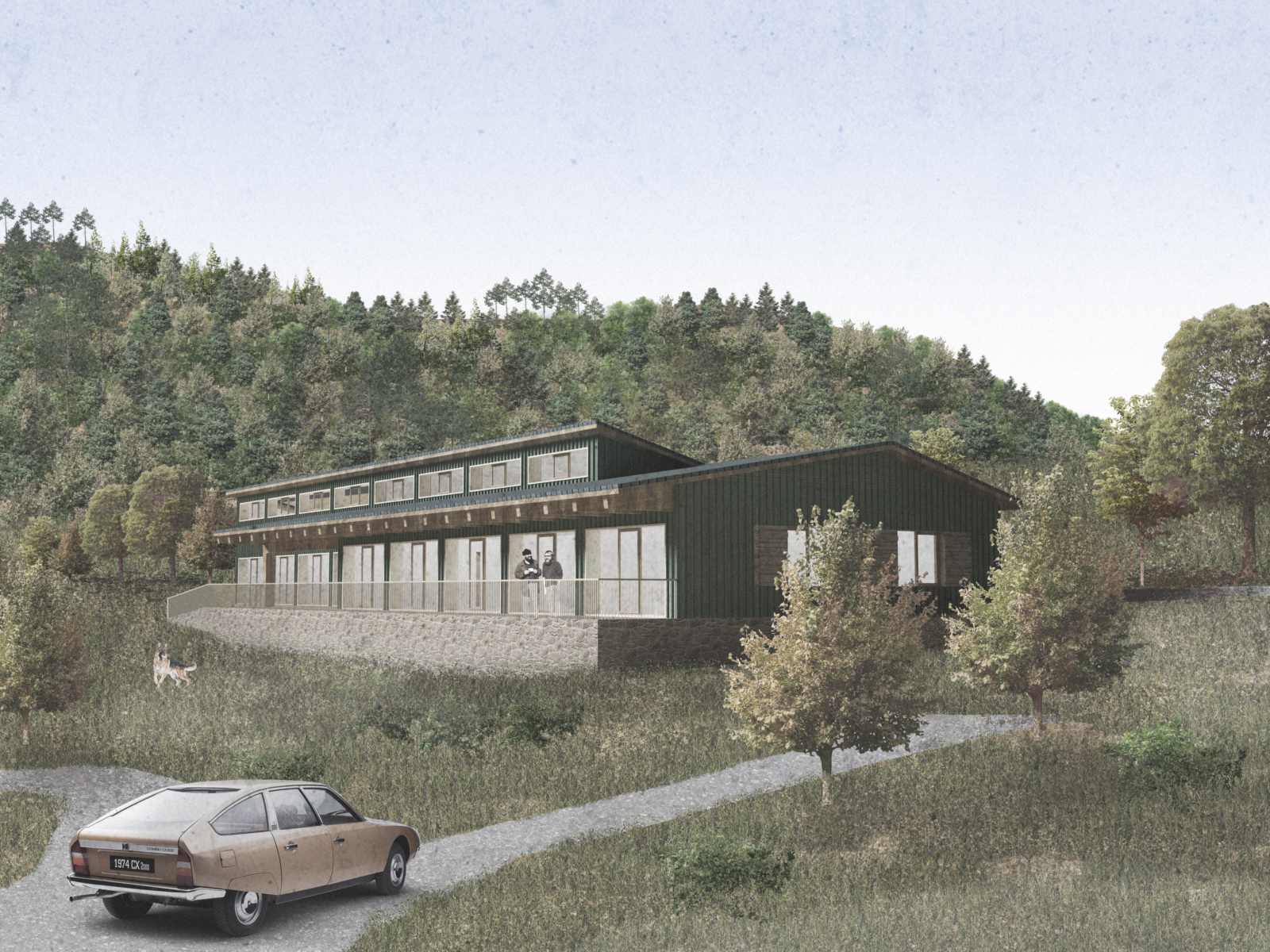 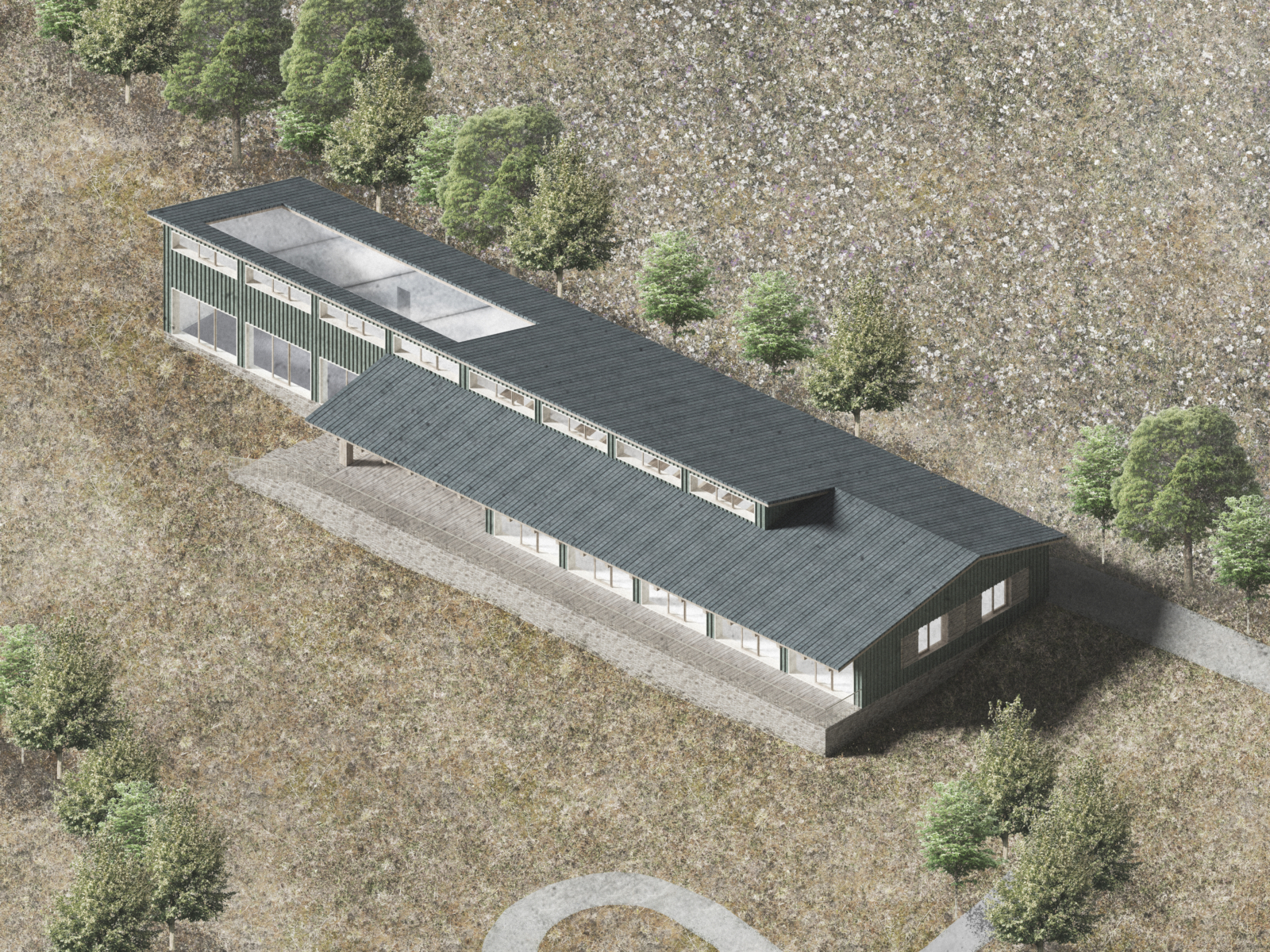 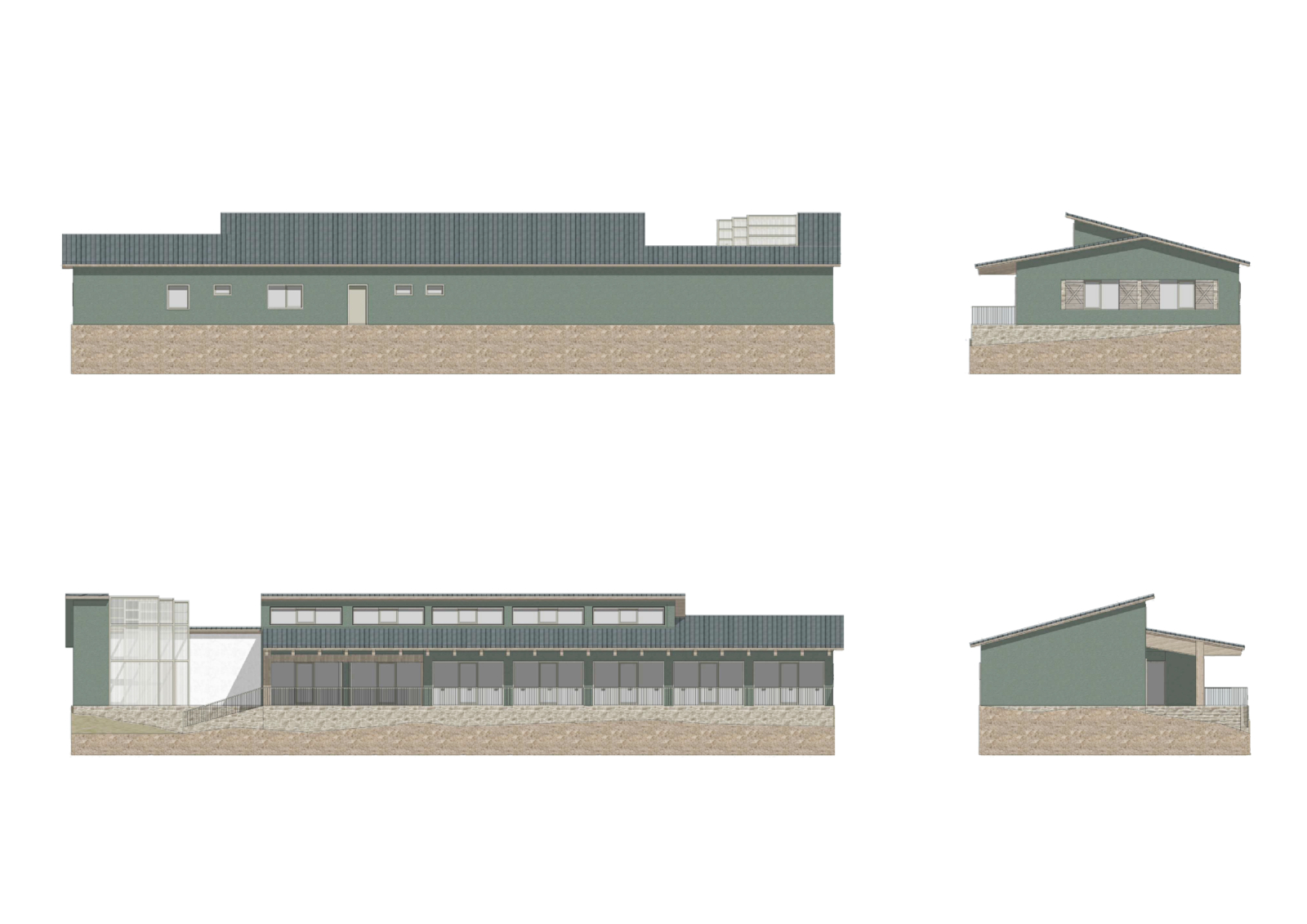 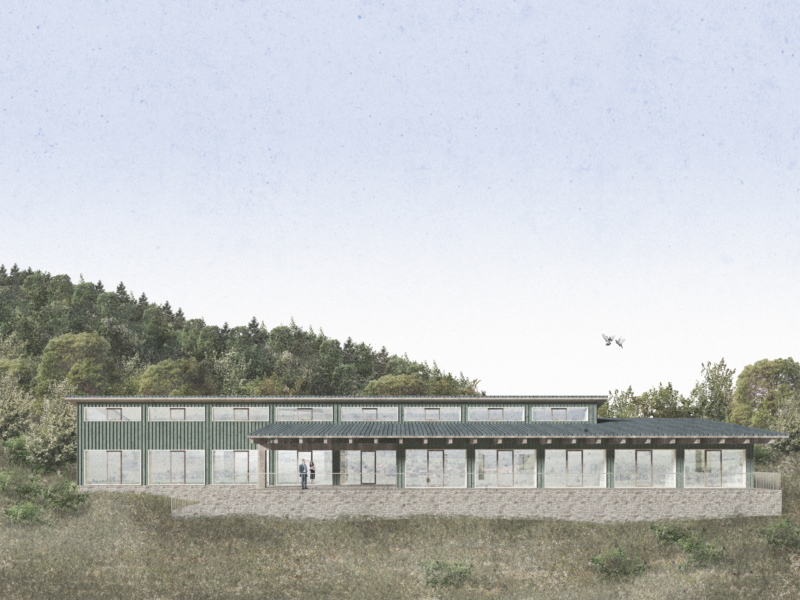 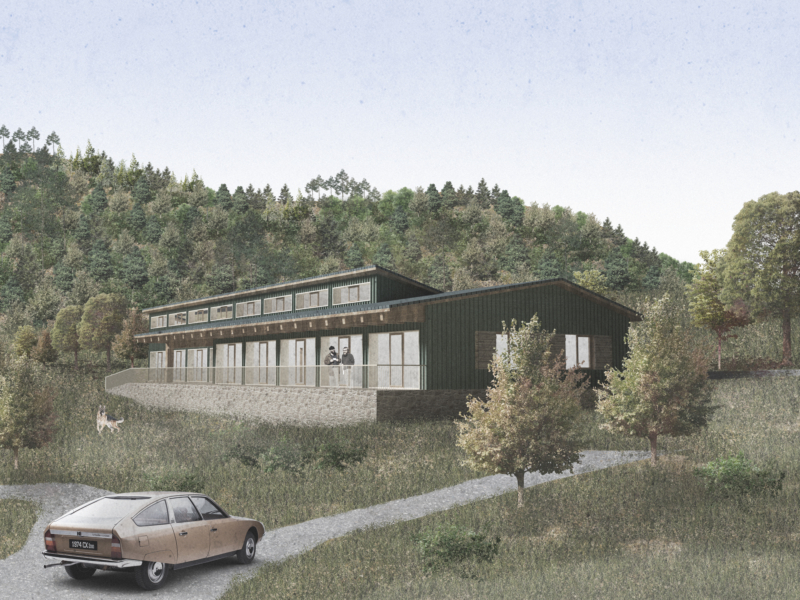 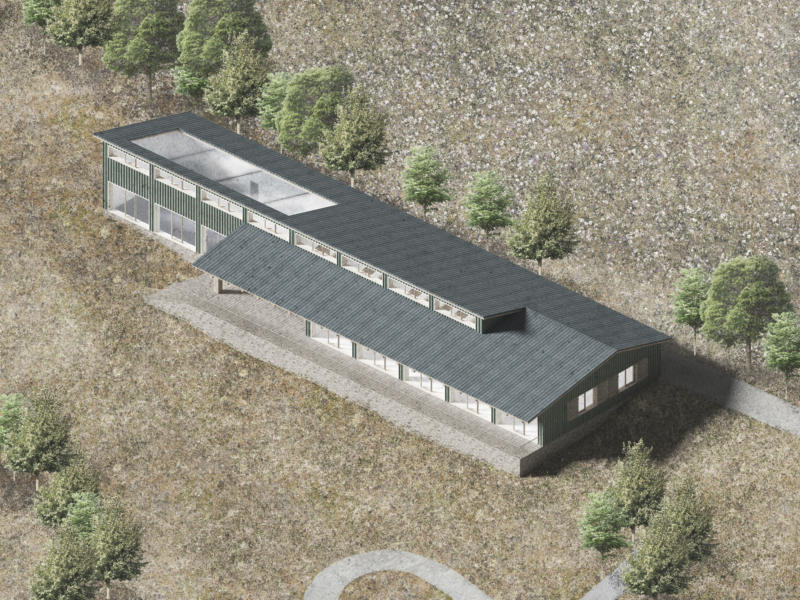 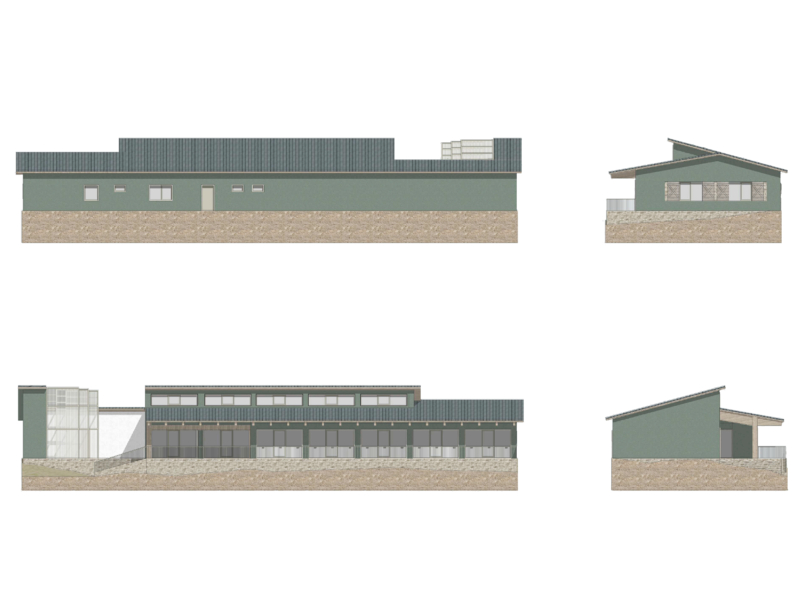