Alpha and omega. Beginning and end. Two buildings as the gate of the largest cemetery in Brno. Two objects that do not form a barrier, but create space. The buildings, which bring the bereaved with dignity to the place of the last rest, connect the public space with the cemetery, concentrate the necessary facility in one volume, separate the cemetery management from the visitors and at the same time give the original ceremonial hall a stand out. A gate with monumentality that has its lightness and verticality that has its symbolism.

These are the goals we have been aiming for since the beginning of the proposal. We tried to get closer to the original classicist concept of the cemetery and get rid of the barriers for visitors. We created a simple modular object that intersects two elevated wings of the gate. This created both an open and a covered space for visitors to gather. The two wings host stonemasonry and a flower shop. The linear object then preserves the utilitarian background as buffets and toilets. The gate then creates two private courtyards for the management of the cemetery and allows the preservation of the original gates and entrances.

In the same principle of modular simplicity, both the building of the vehicle fleet and the building of gravediggers’ and operating employees’ facility are are situated on either side of the site. As a result, the inner axis of the road is bordered by an imaginary colonnade. It also cooperates with the regular arrangement of fences and the set of buildings is thus comprehensive from an exterior perspective.

The removal of barriers, the interconnection of spaces and dignified monumentality were also the goal in the creation of the cemetery forecourt. The approach to the cemetery gate is lined with an alley of locust trees (gleditsia triacanthos skyline) and the forecourt is terminated by two lindens (tilia cordata rancho). This group also bears the symbolism of life and death in the form of two lindens in the alley. The entrance to the gate, to which visitors are brought by a concrete line in a brick shade, is then marked by two peristyles, symbolizing lanterns and multiplying their lights in the water element of the mirrors. “I am alpha and omega, beginning and end. To him that thirsteth I will give free to drink of the fountain of living water ”(Rev. 21: 6). 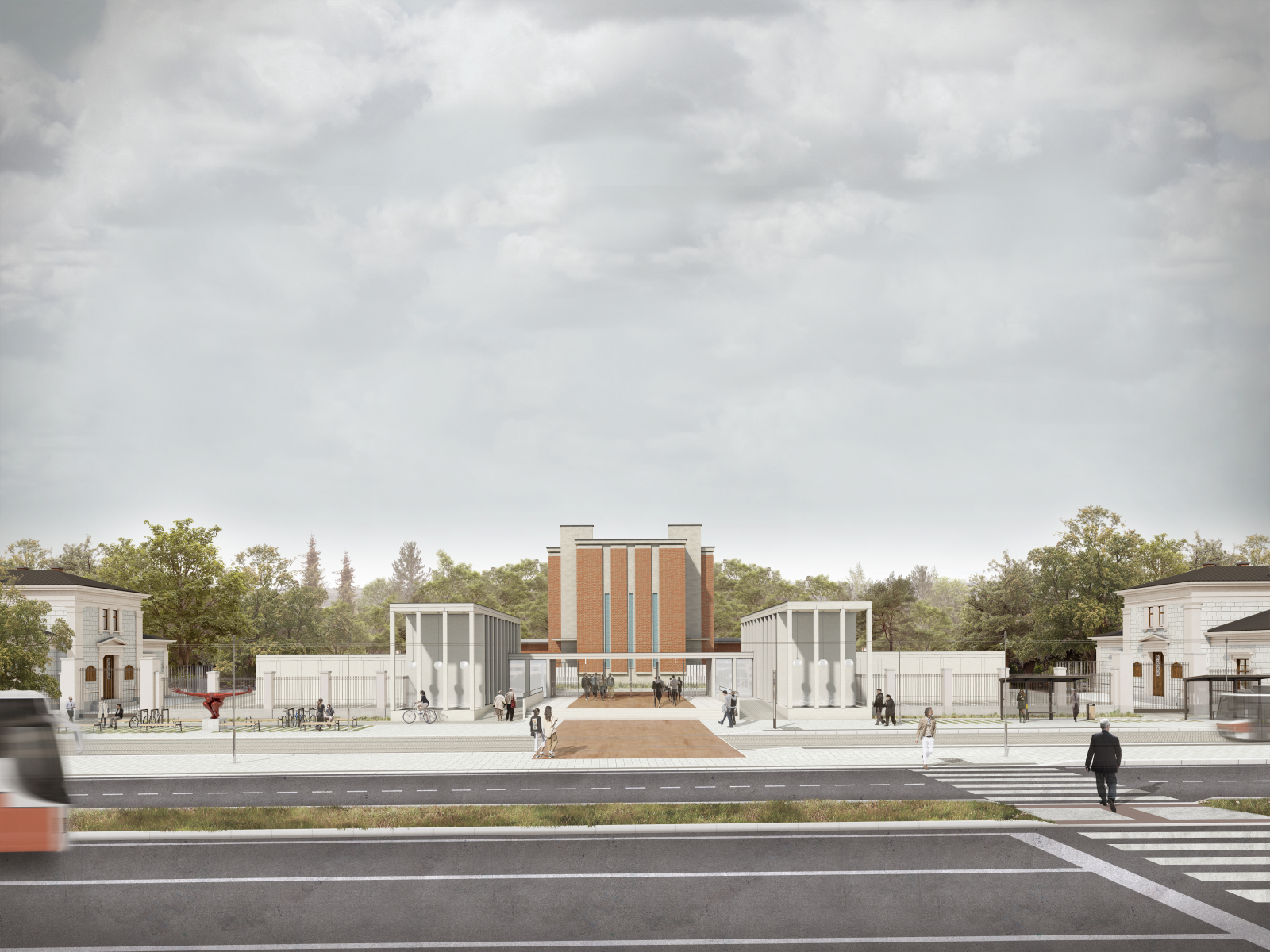 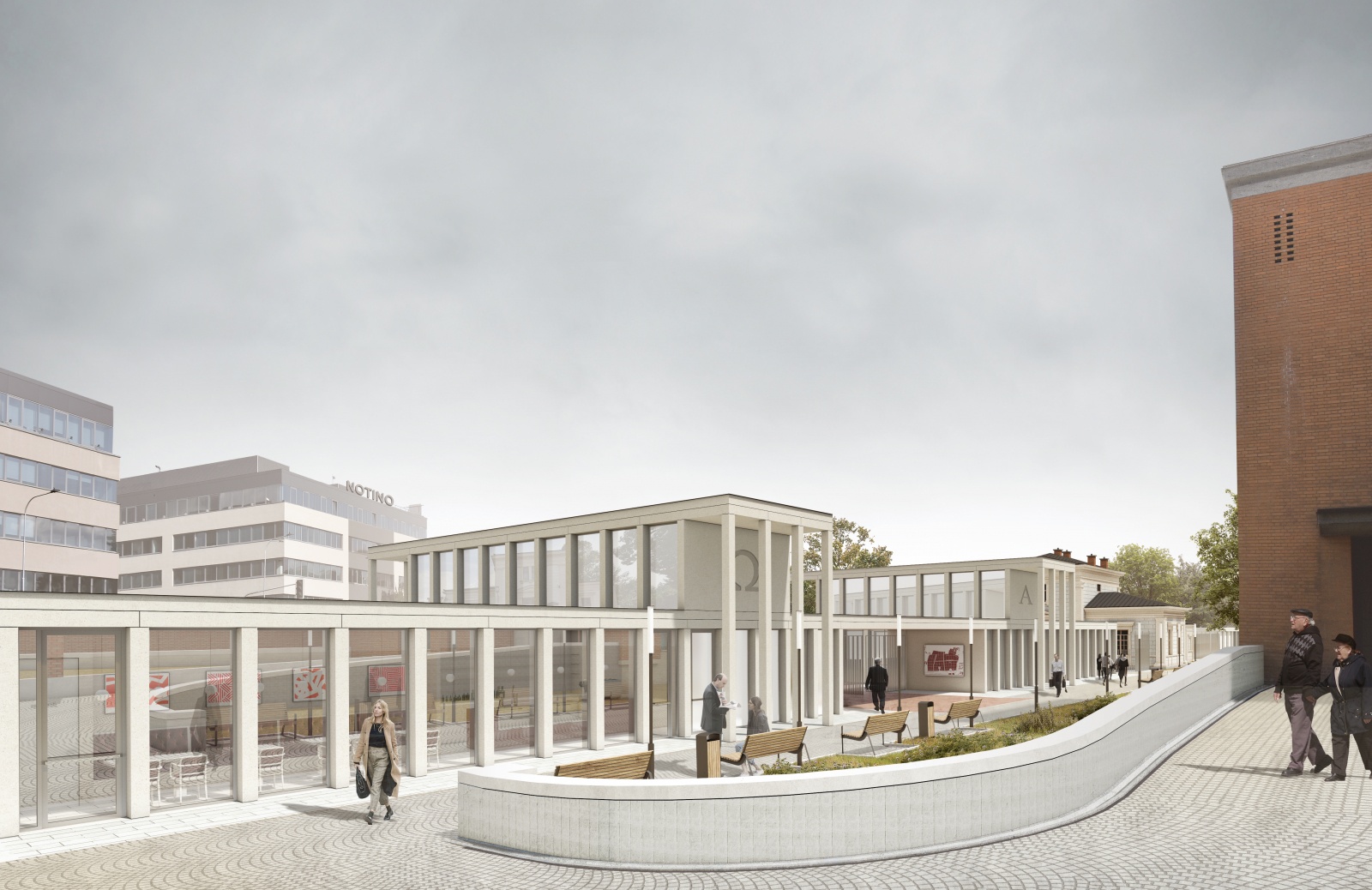 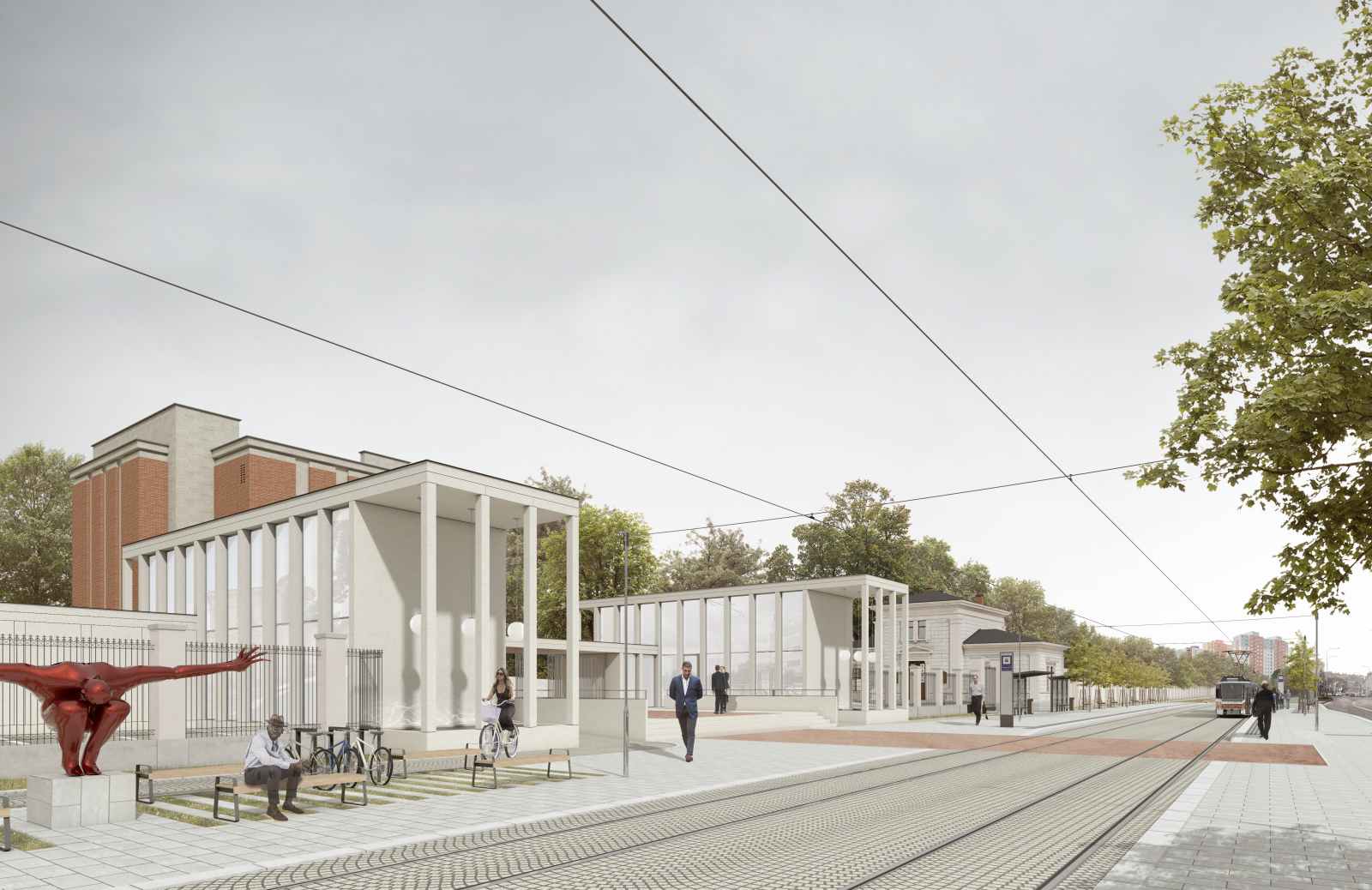 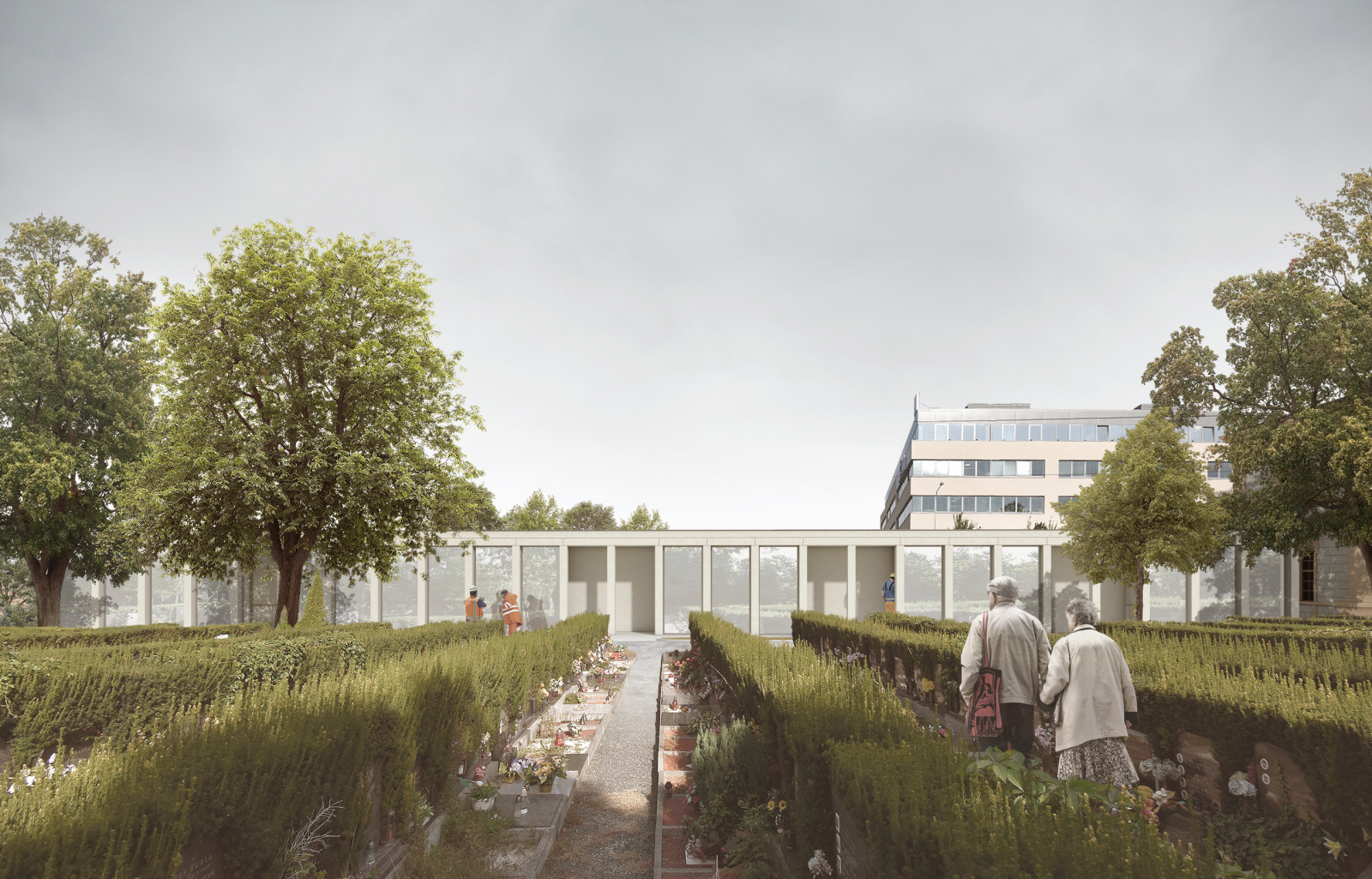 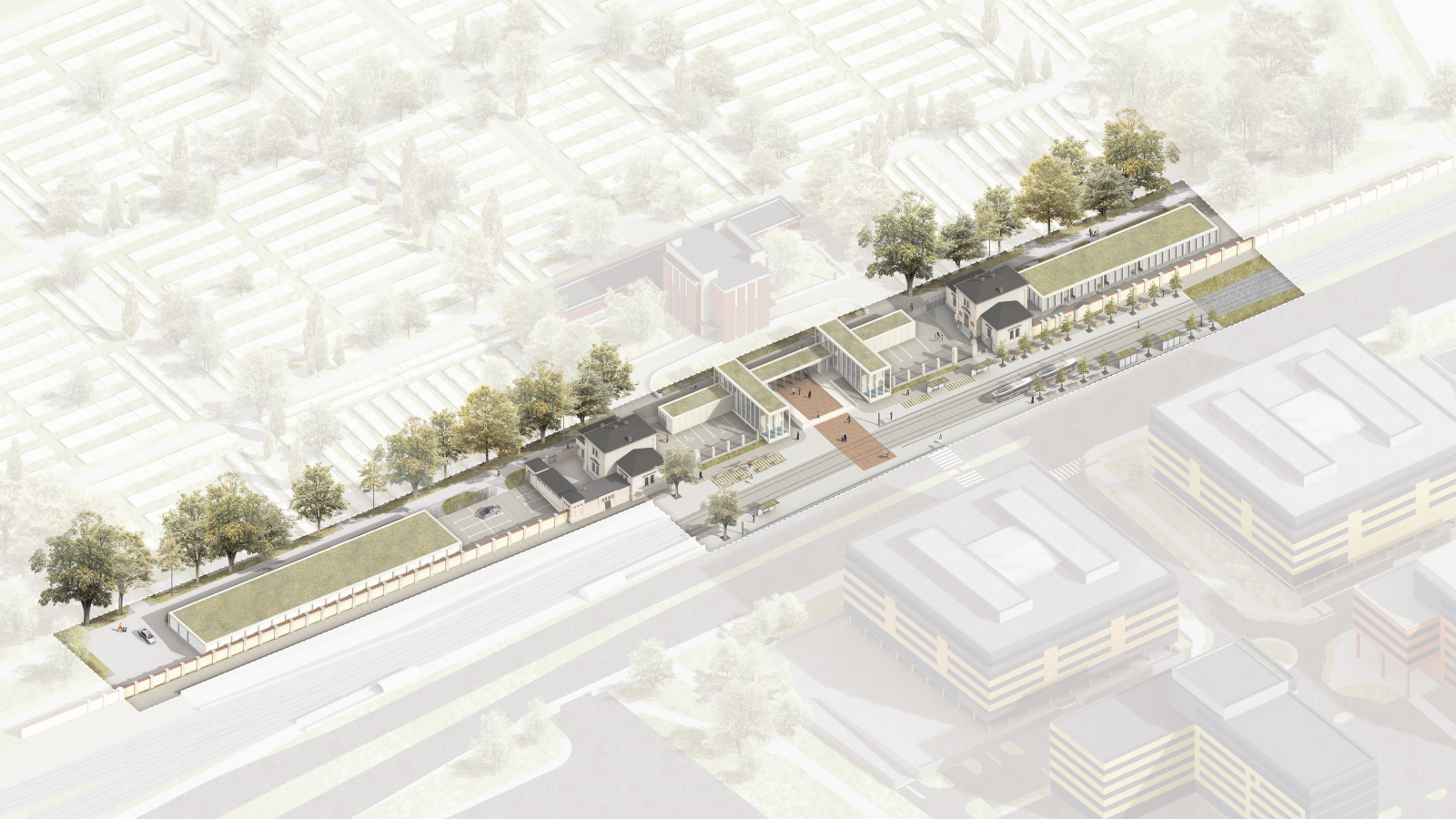 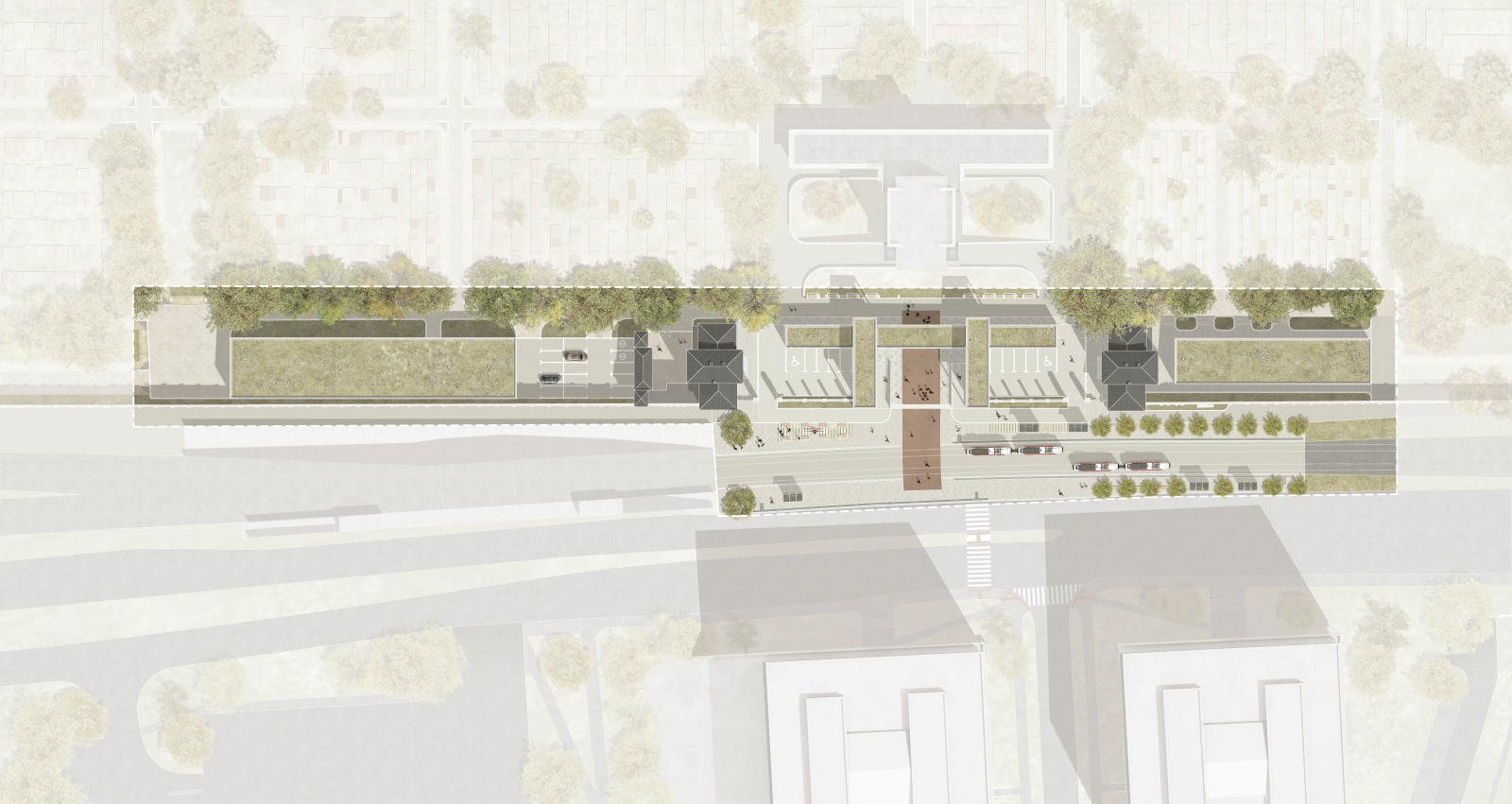 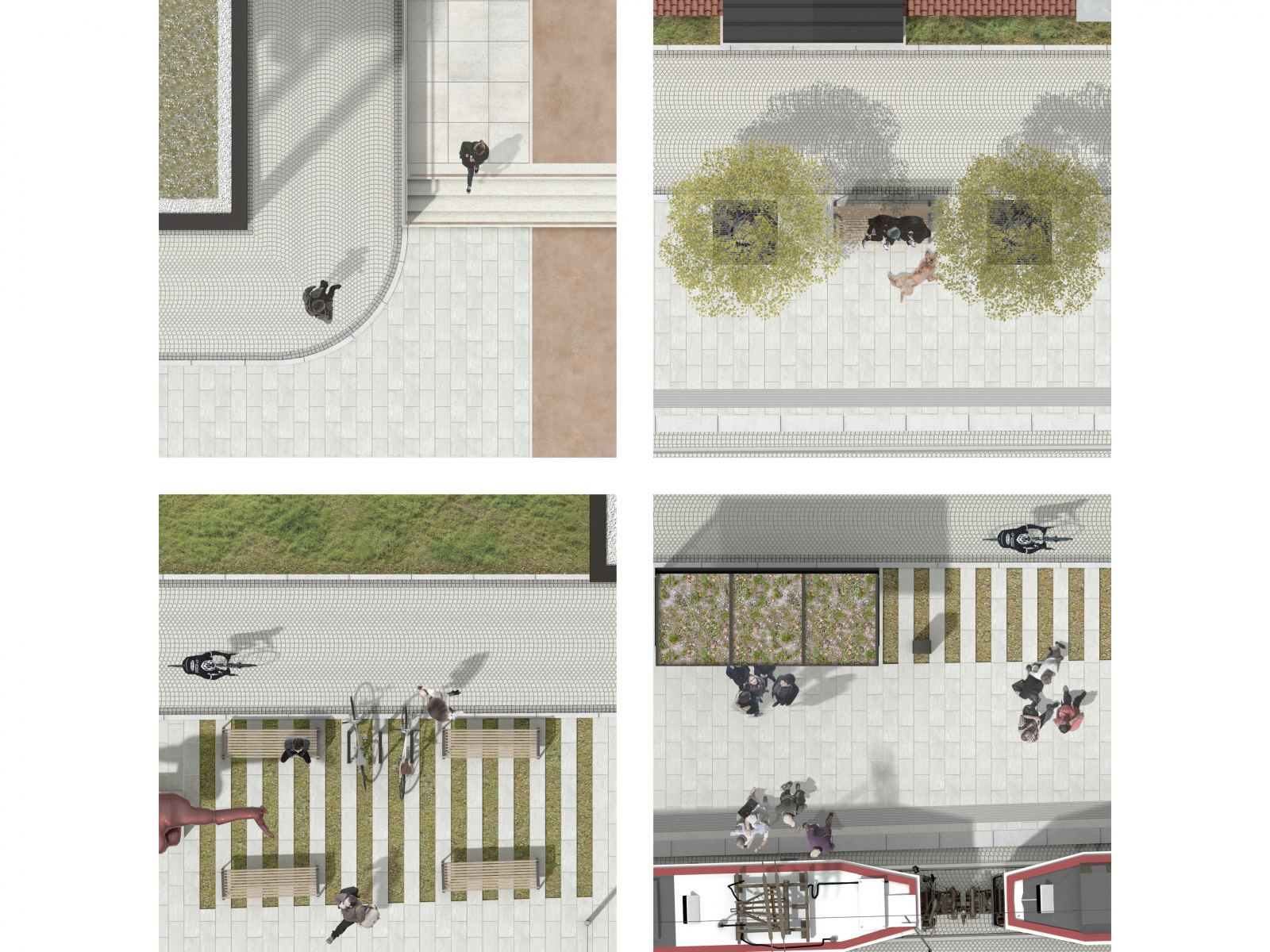 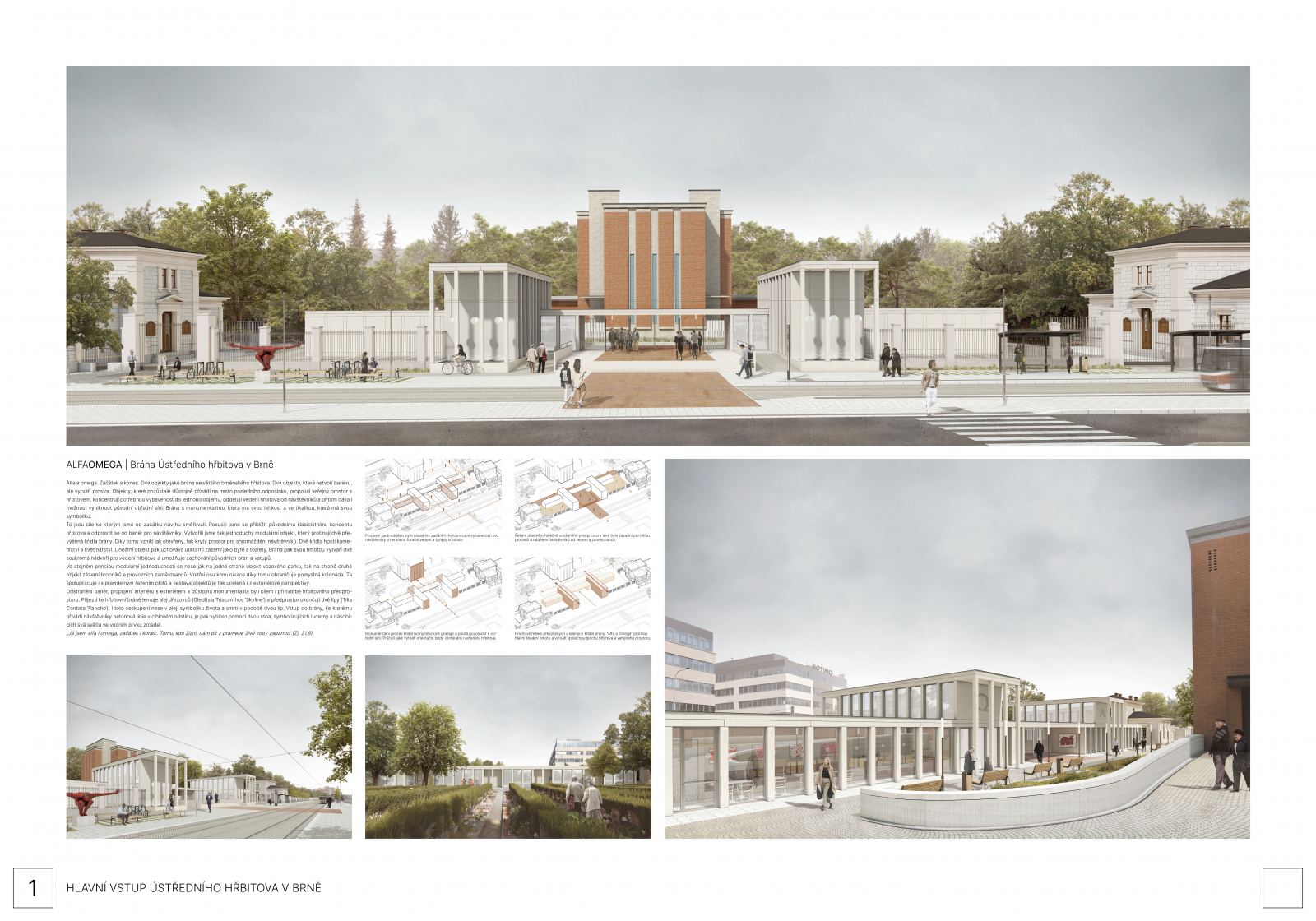 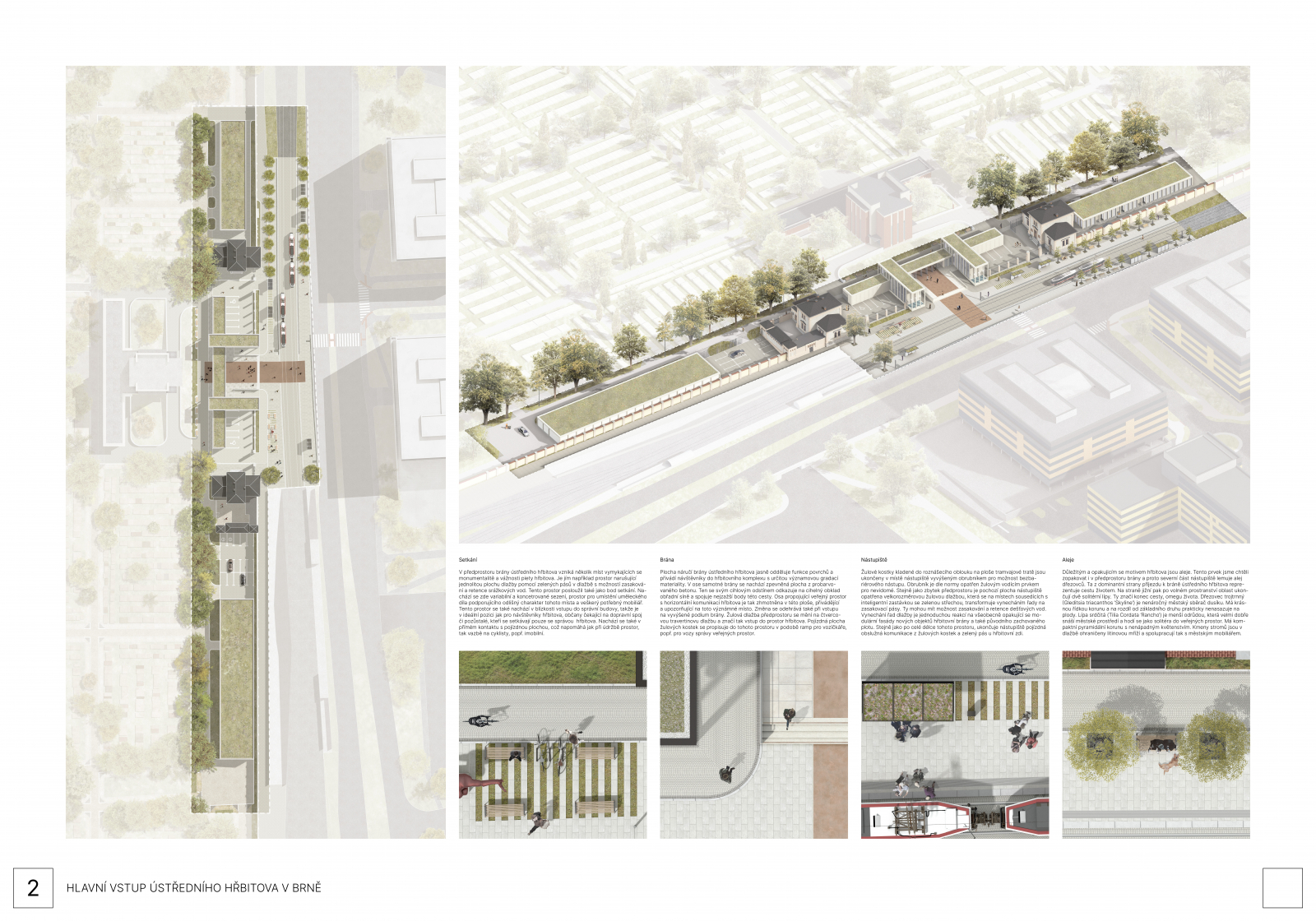 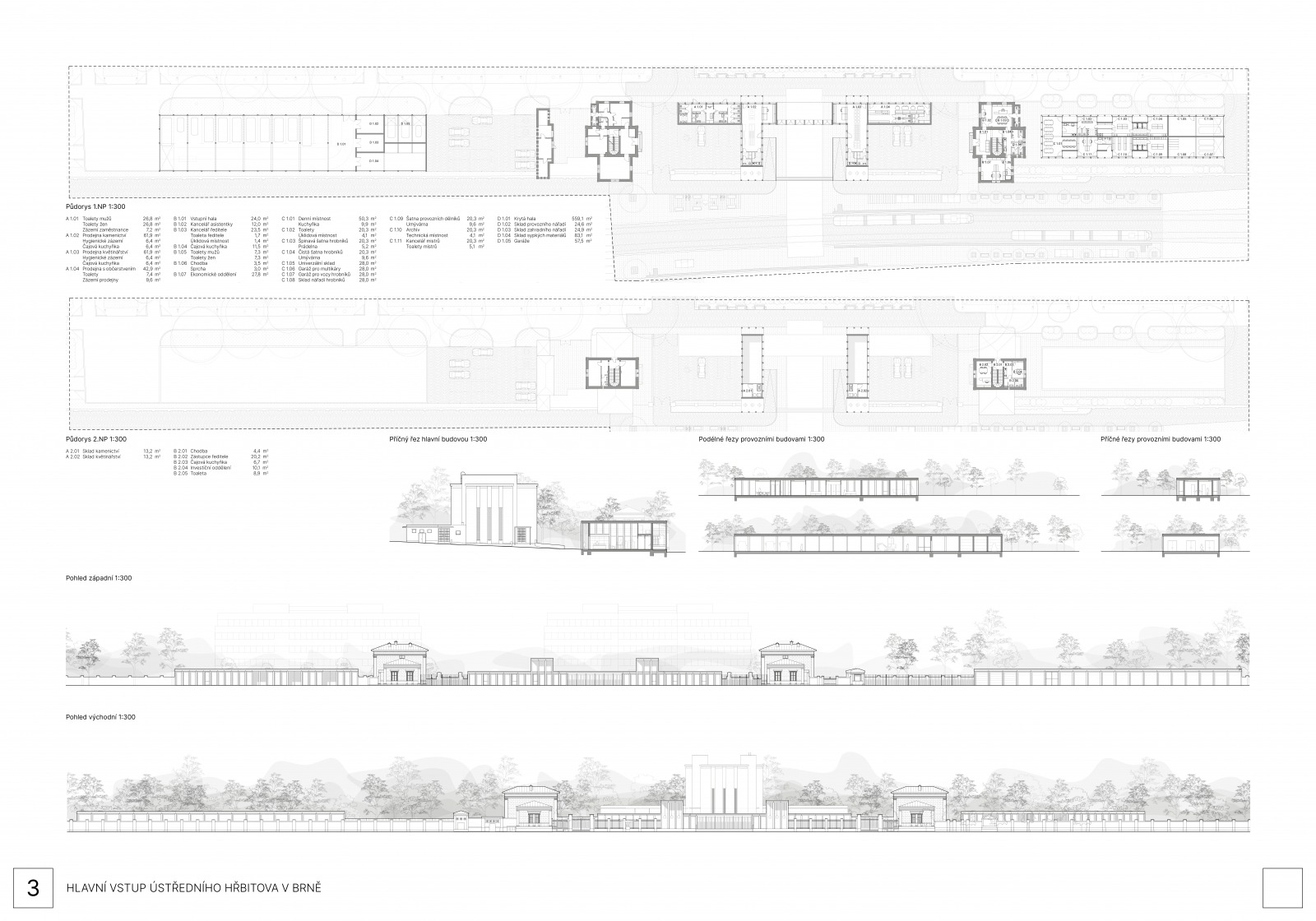 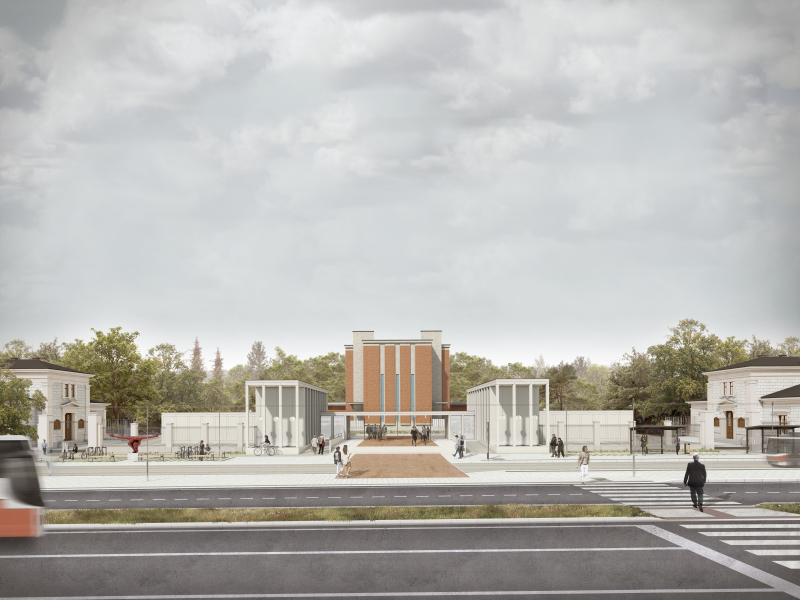 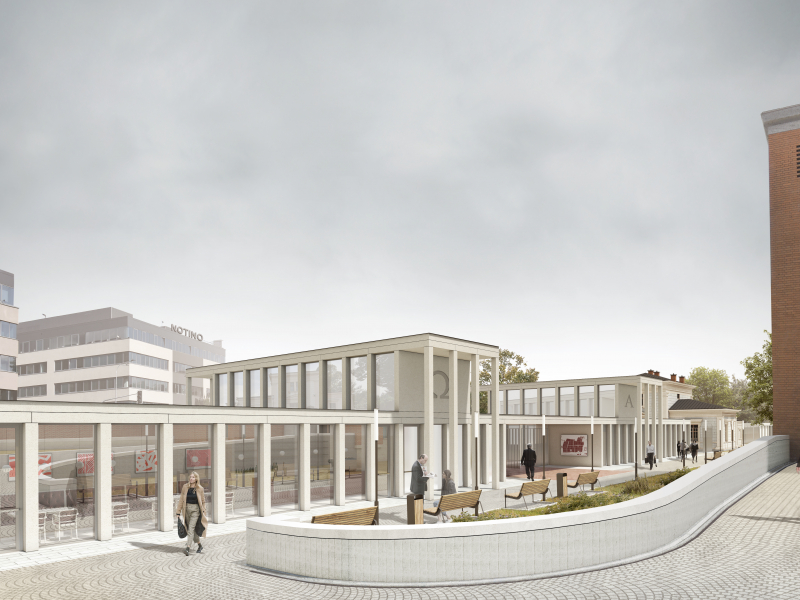 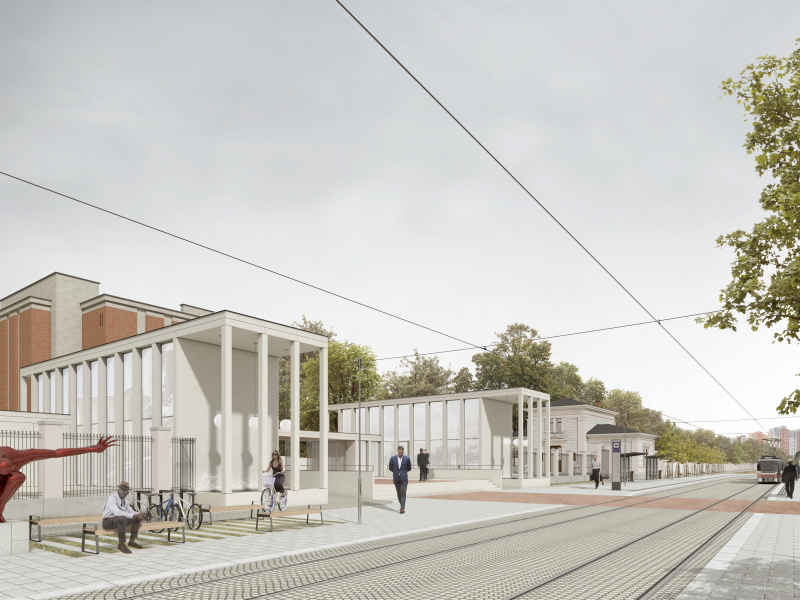 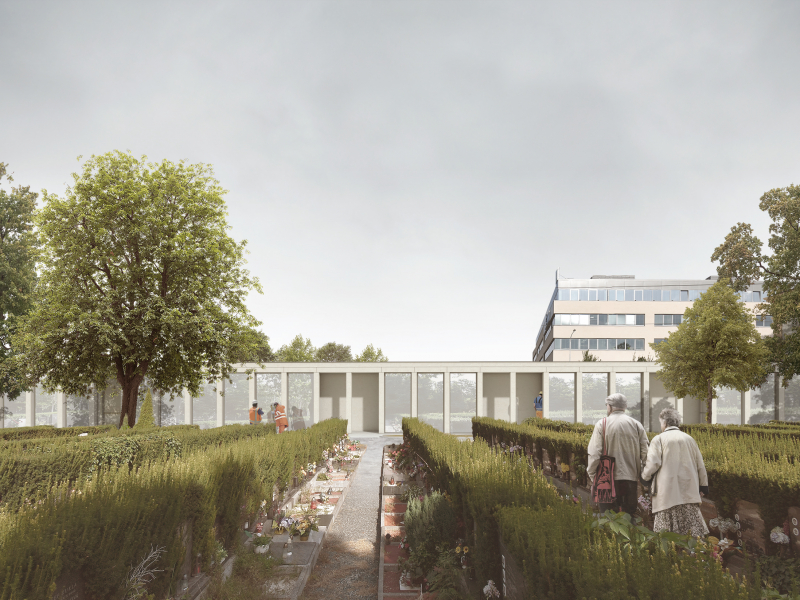 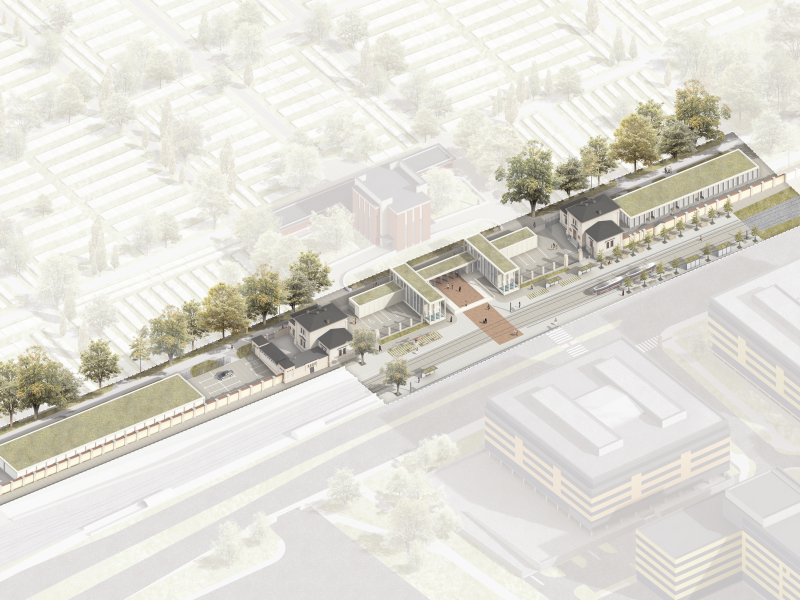 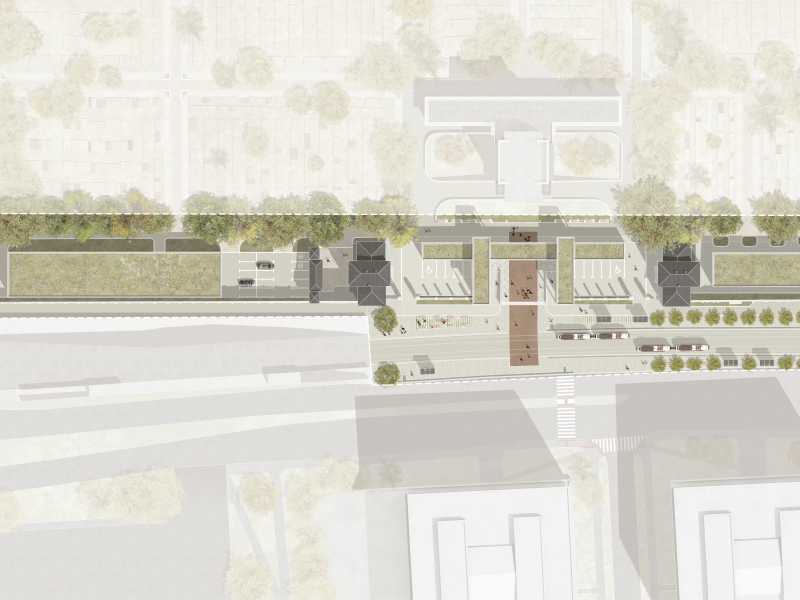 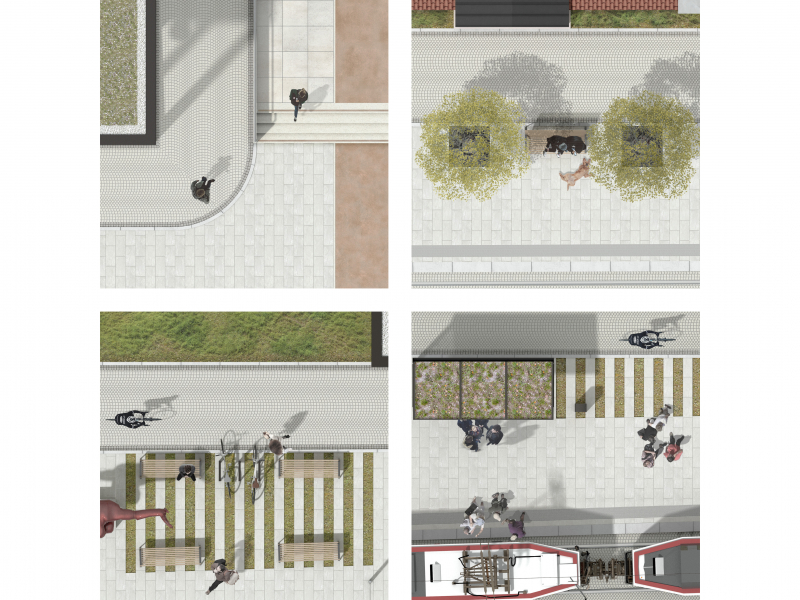 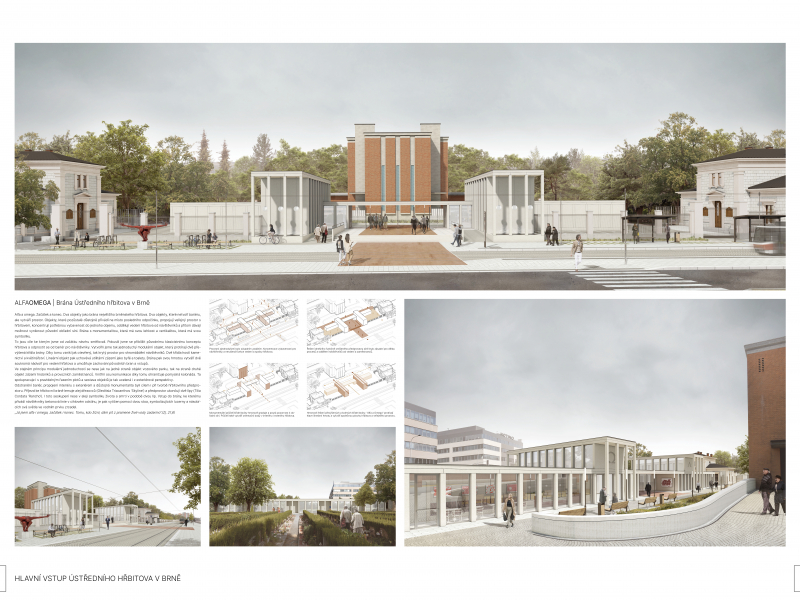 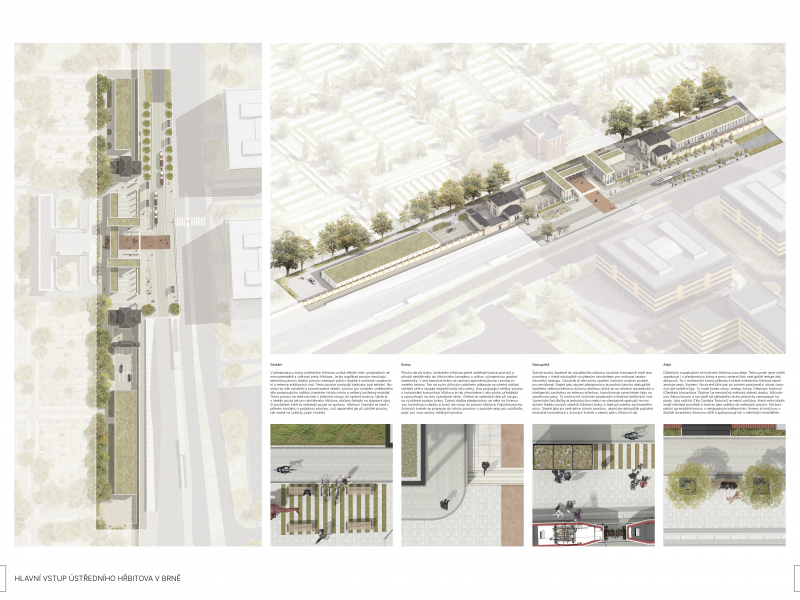 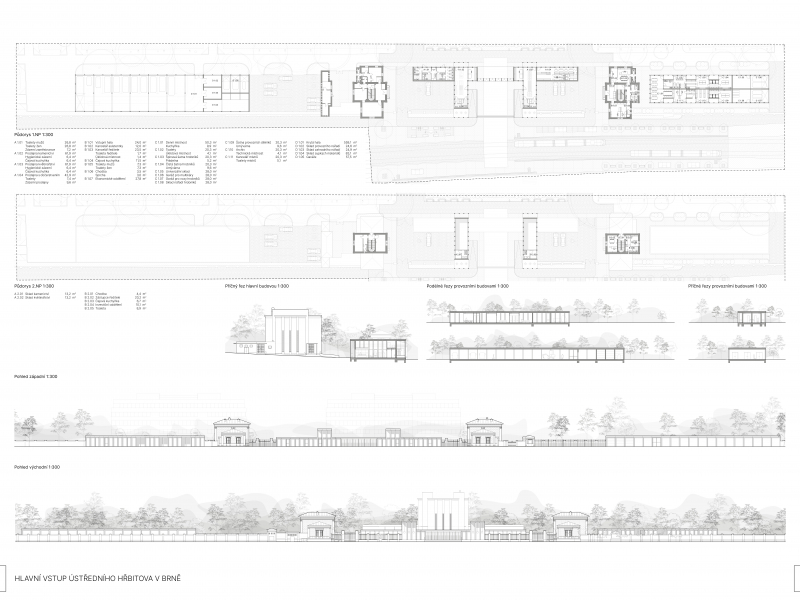