An interesting task for our office was a narrow gap in Brno’s Žabovřesky. However, the land, which is located in the development of mostly family houses of the original order, has a fundamental lack of gap width. In some places, it only reaches a width of slightly over six meters. Due to the fact that two parking spaces had to be placed on the plot, this was not an easy task.

In the first phase, it was necessary to determine the maximum possible size of the object. In terms of height, the design aligns with the tallest houses in the street, even though the neighboring houses are only one-storey and have a relatively large attic. The floor plan of the mass mirrors the neighboring house and a narrow wing is pushed into the courtyard, which creates an unshielded space between the two courtyards. To the street, the house increases its volume with the help of a bay window, which on the top floor turns into a dormer of a sloping roof and forms the roof of the entrance to the building. According to the regulation, the roofs are sloping and in the third attic floor there is a penetrating bay window, enabling a comfortable layout. The entire volume is intersected in the middle of the layout by a conveniently located vertical core with hygiene and communication.

On the first floor there is an economically designed recessed entrance to the house adjacent to the garage with a stacker for two cars. On the first floor there is also a sanitary facility and a kitchen open to the second floor, with a dining room, which is open to the garden. Through the communication core with the stairwell, the inhabitants of the house get to the living floor, which is transversely ventilated and there is a large living room, a gallery overlooking the kitchen area, hygiene and a study in the garden wing. On the top floor, the garden wing is reserved for the master bedroom, and in the street bay there are children’s bedrooms with a separate entrance and a laundry room.

The house follows the recurring means of expression, which is a bay window over the street. In this case, it is paradoxically tectonic and the vertical openings are complemented by details and frames in a shade of brass. The ground floor of the house is protected by a Turkish travertine cladding and the upper floor is protected by quality plaster with scratched details. The verticality of the house is enhanced on the facade of the courtyard. There, the already divided vertical facade in the place of the elevated kitchen merges into an even higher order. 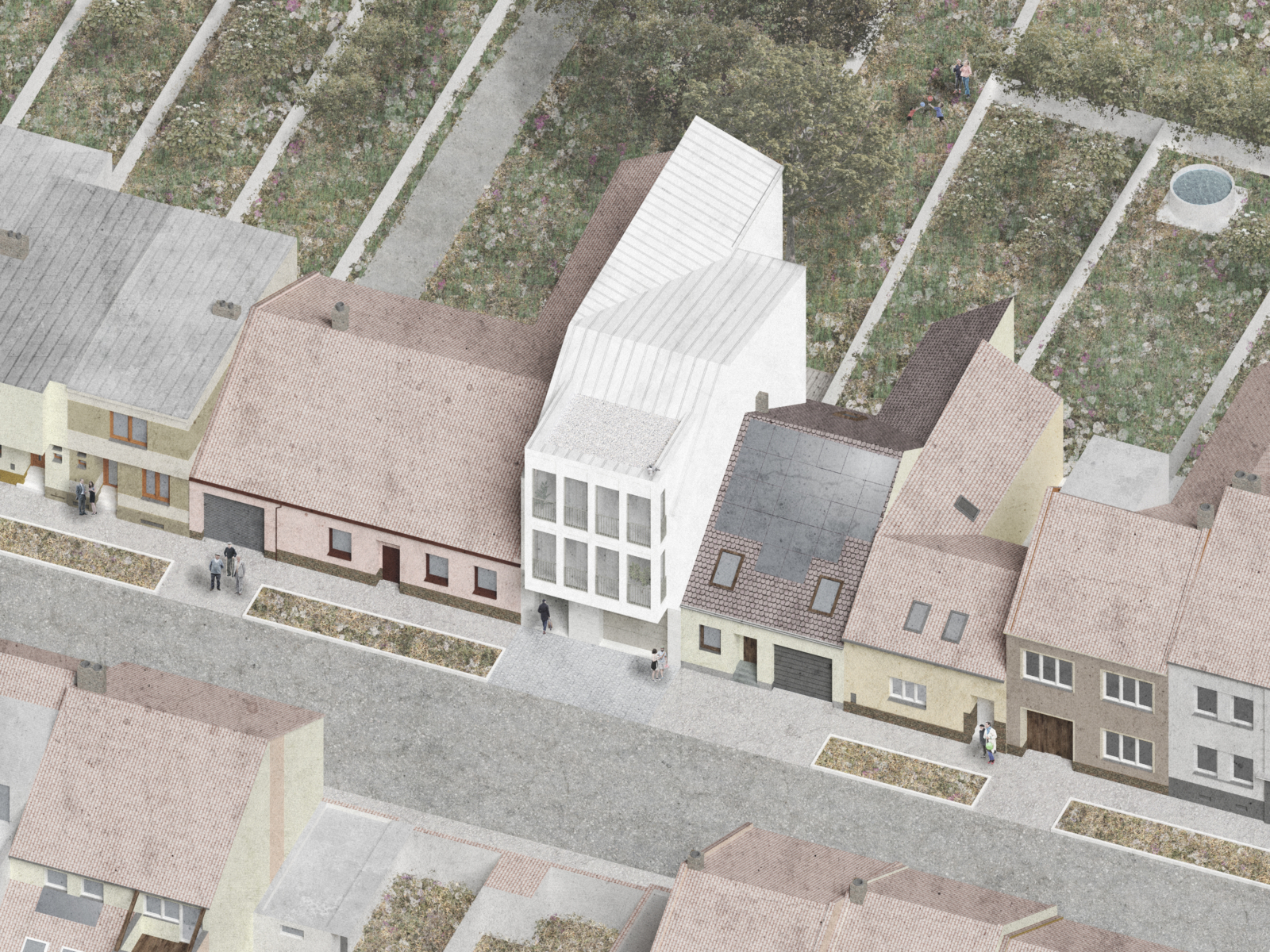 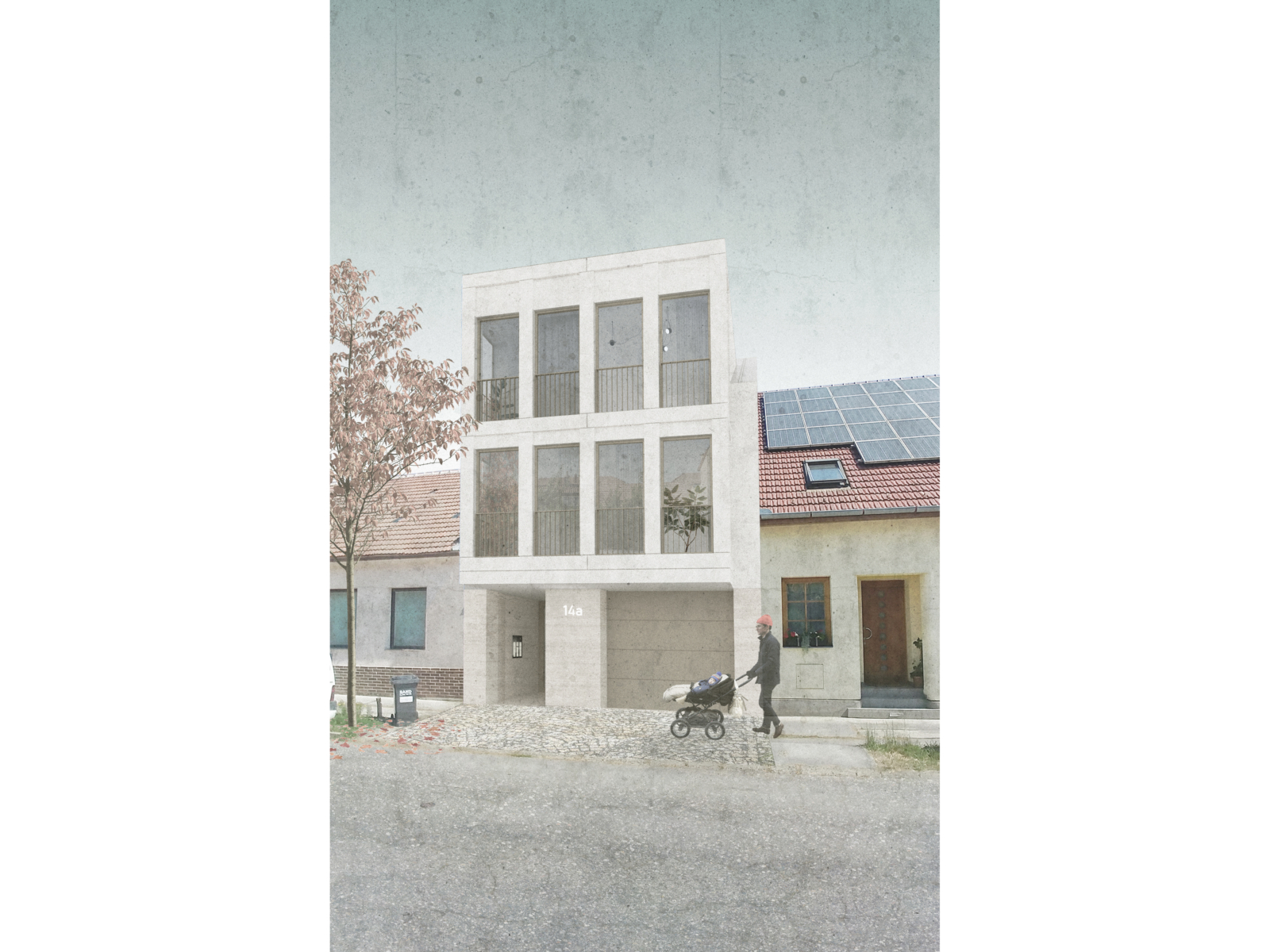 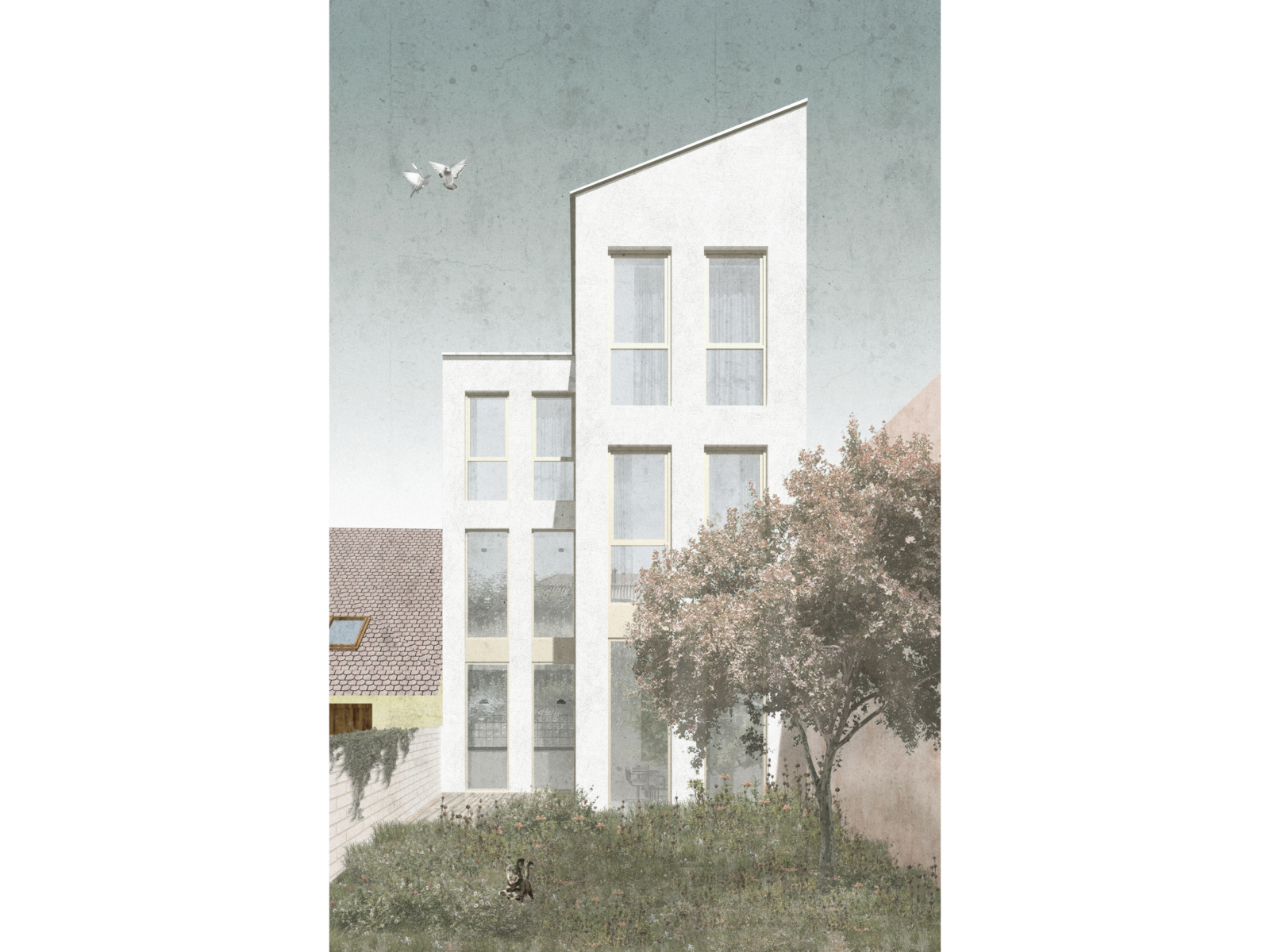 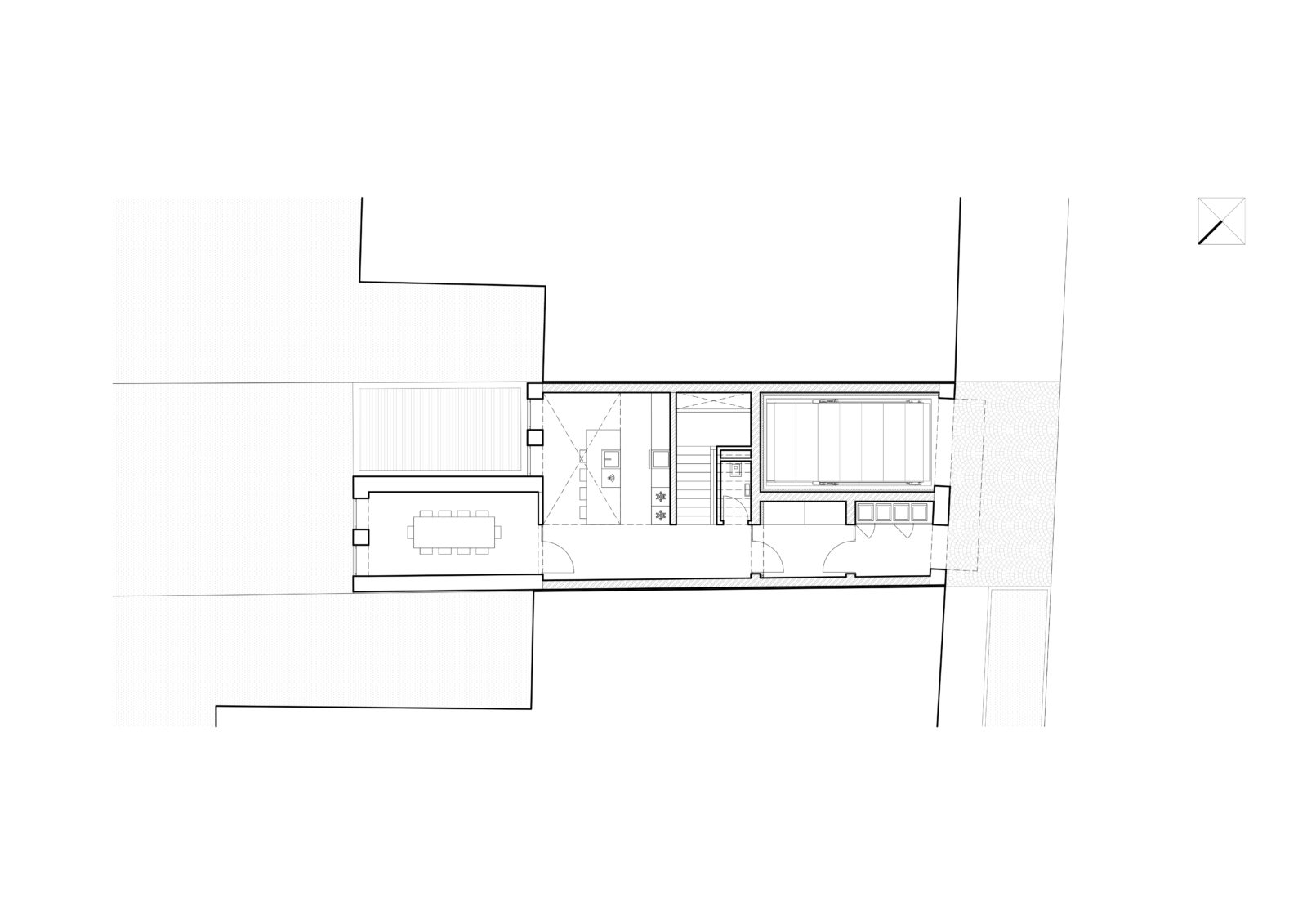 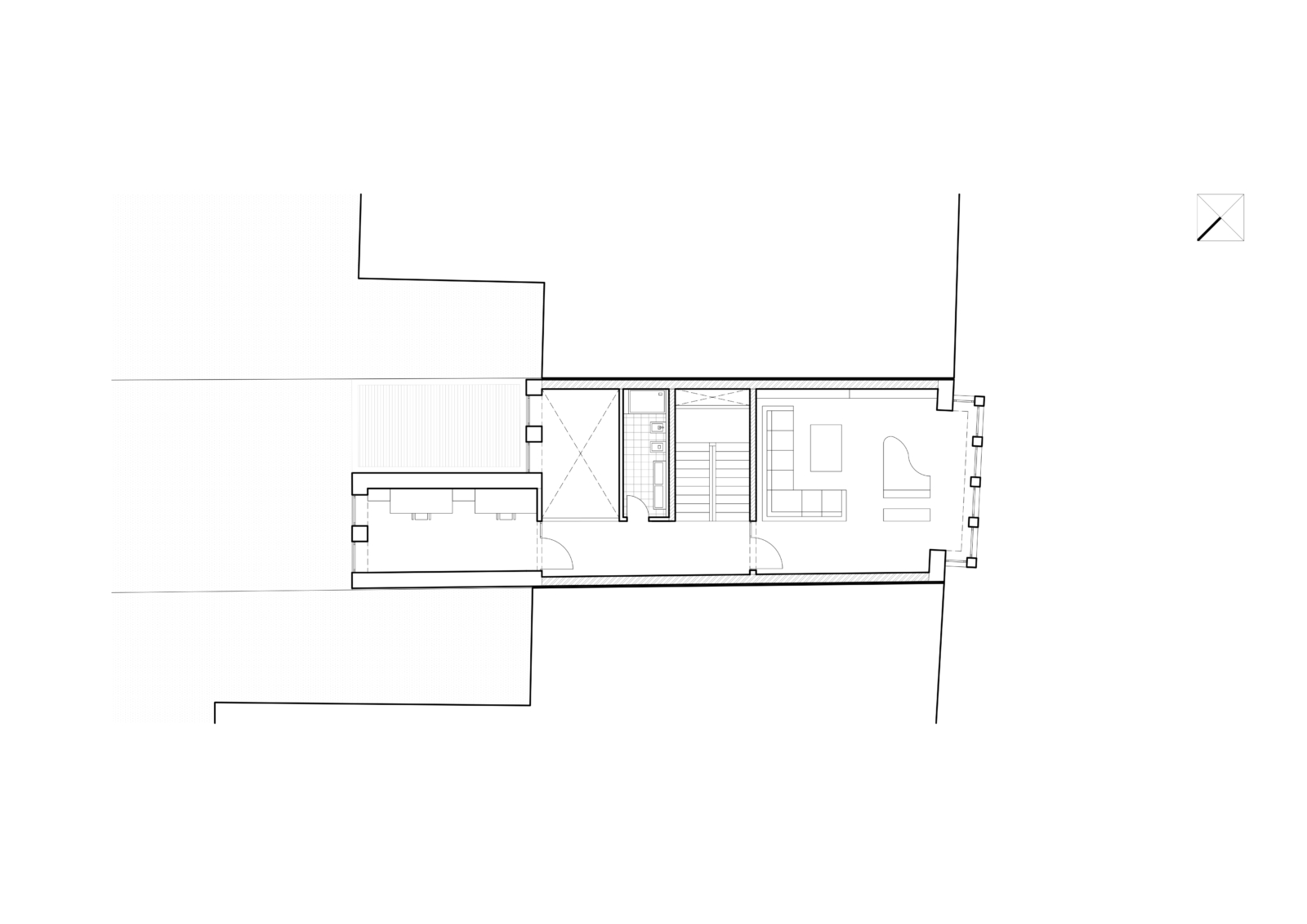 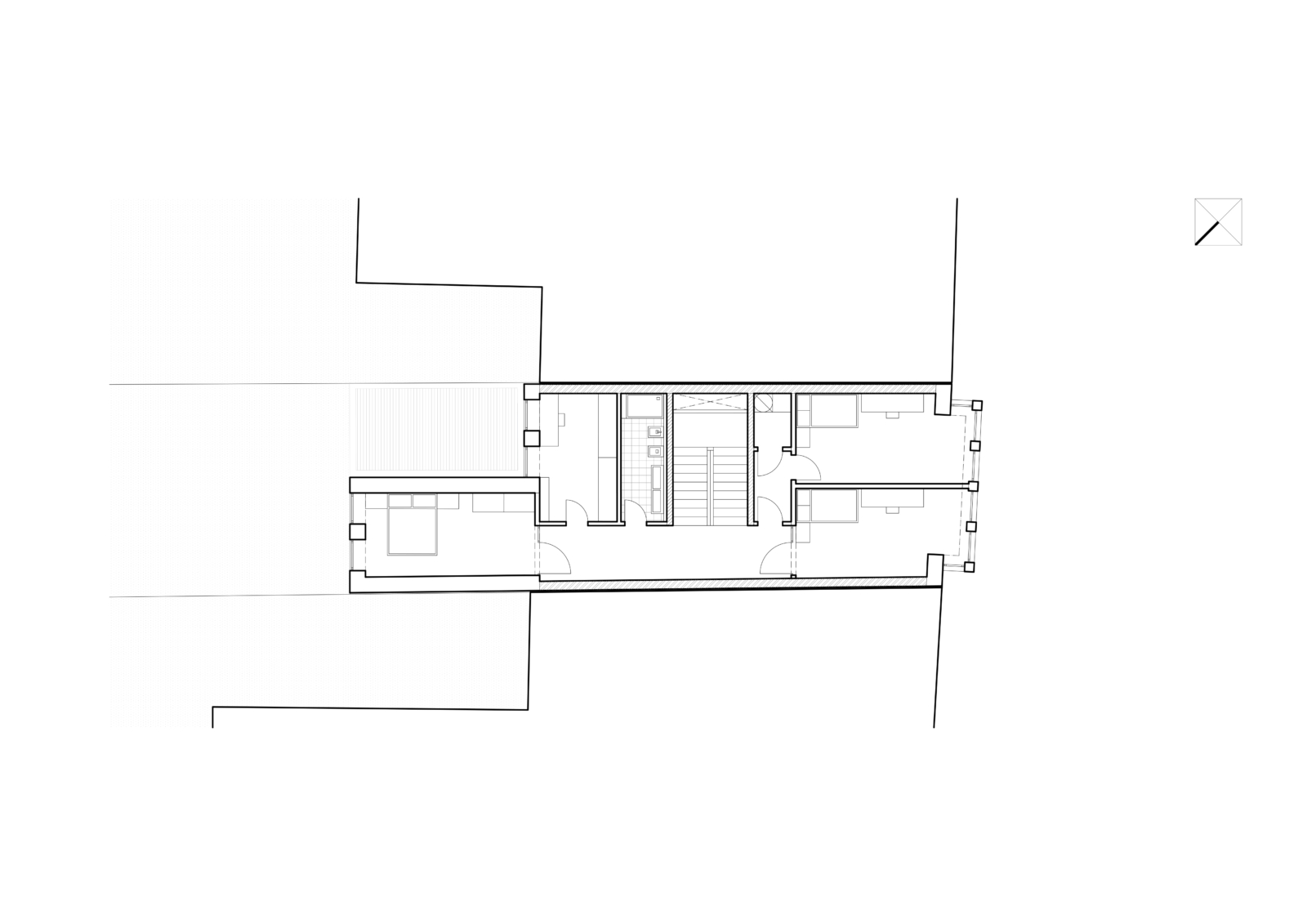 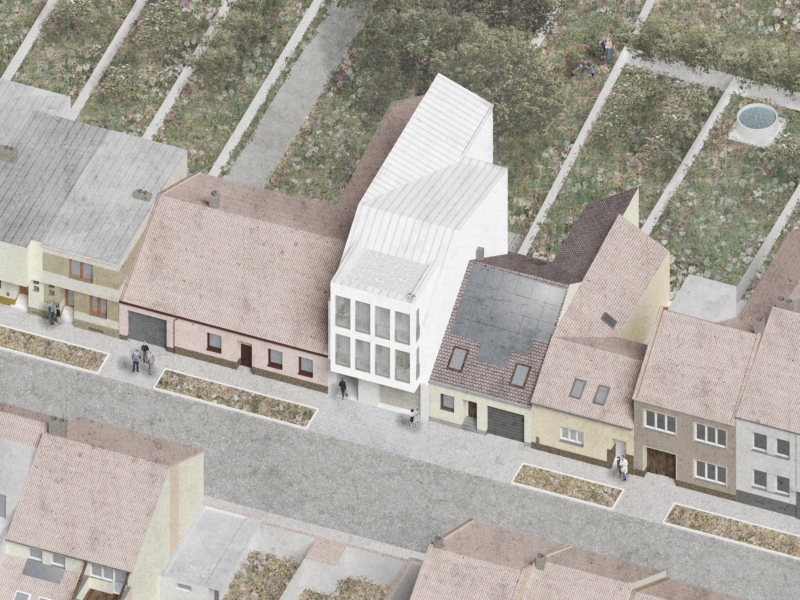 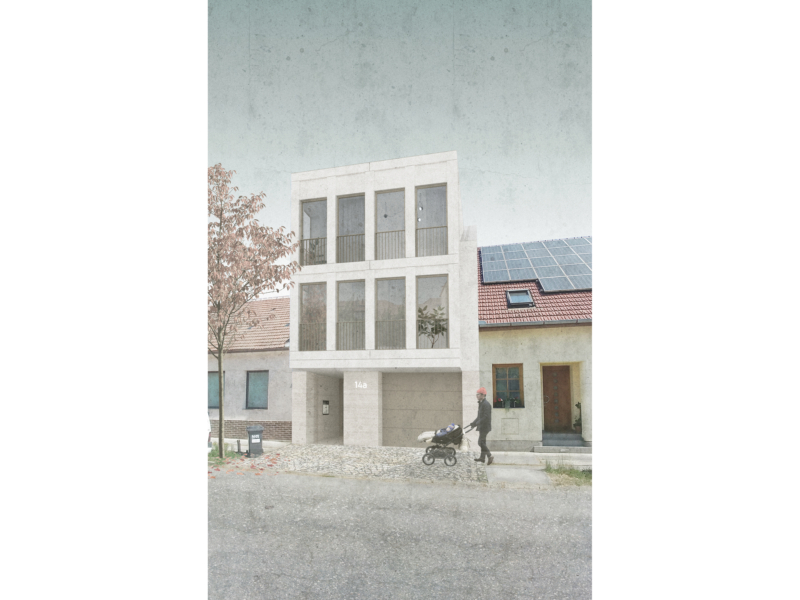 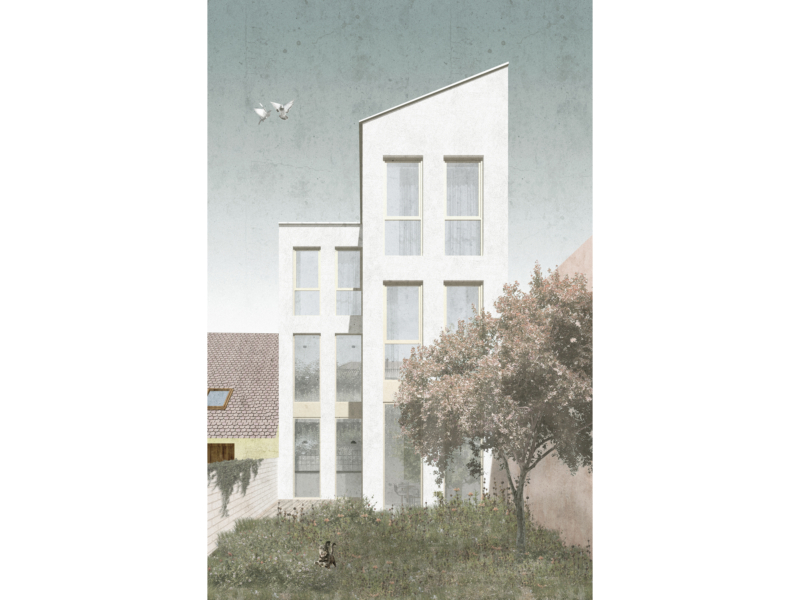 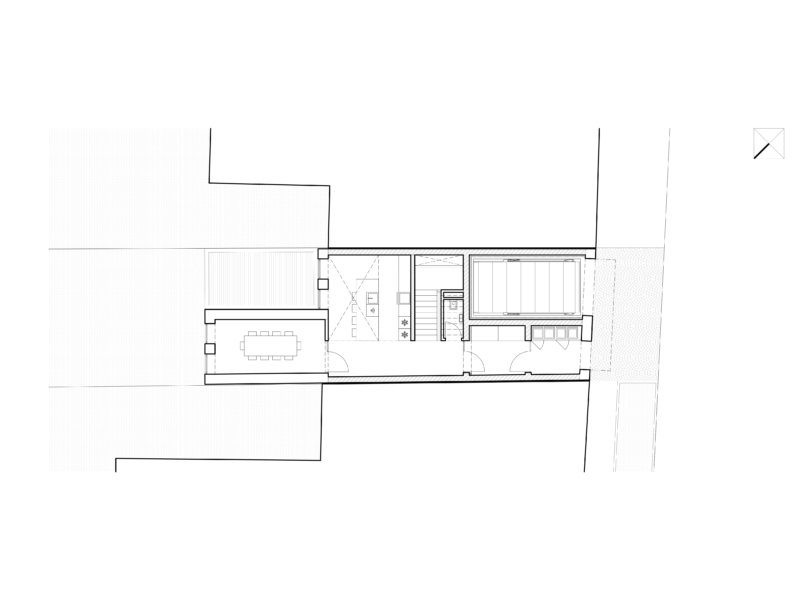 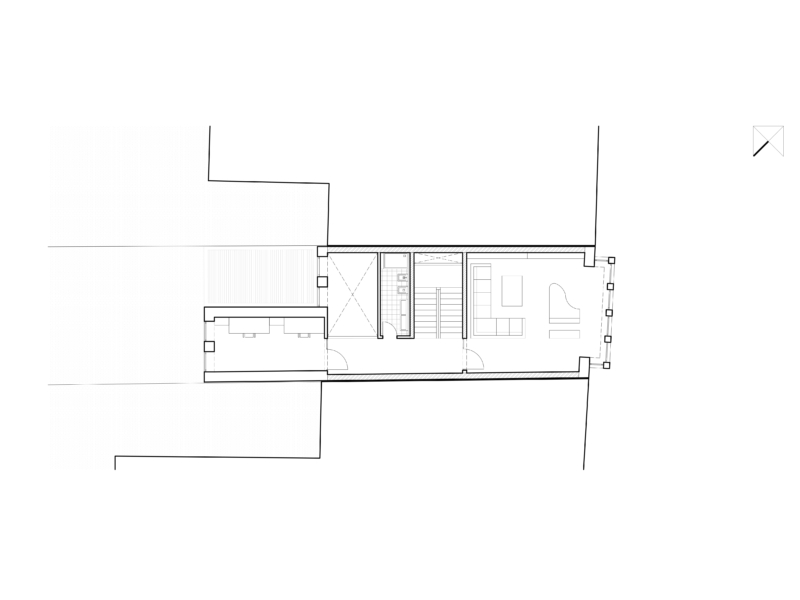 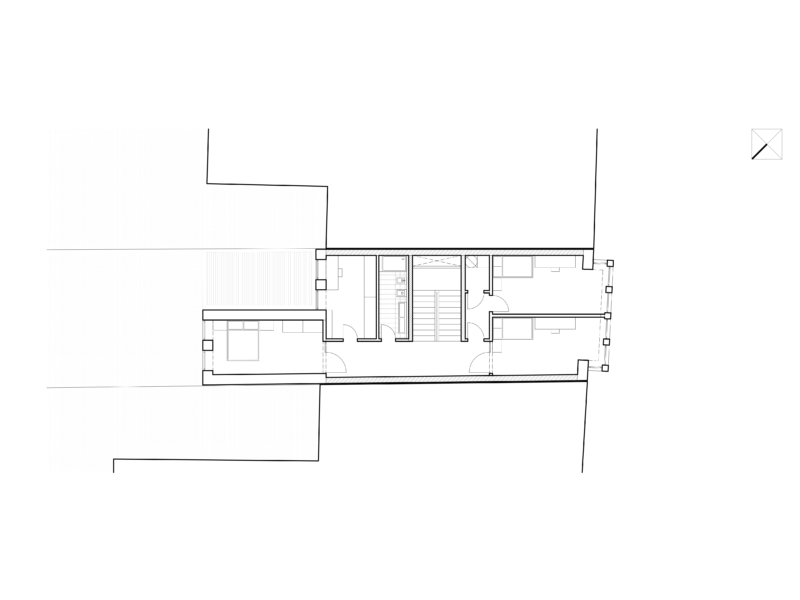